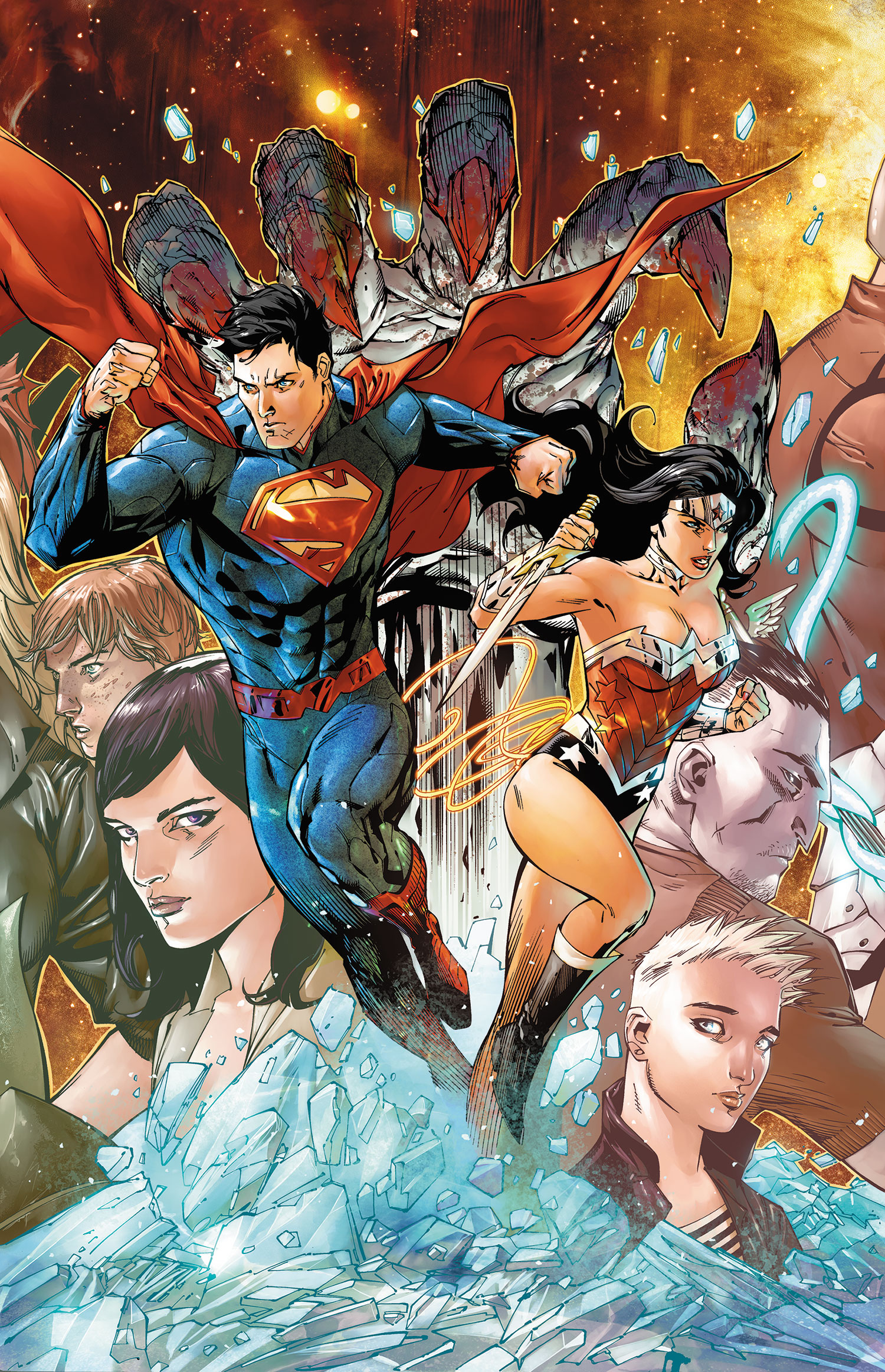 Relationships don’t exist in a vacuum. Couples have the challenge of balancing their time together with professional careers and maintaining ties with family and friends. Add in two superheroes, one super identity, and an intergalactic, intercultural romance. Shouldn’t that make for the Mount Everest of relationships? Charles Soule puts this tension to good use in the opening issue of Superman/Wonder Woman.

Tony S. Daniel’s impressive gate-fold cover sets the tone for the series. It prominently features the supporting casts for both heroes including their respective villains. Soule incorporates some fun characters (Cat Grant!) into the issue but makes them feel organic to the story itself. Superman and Wonder Woman investigate a storm off of the Norwegian coast and run into some complications. Meanwhile, Soule flashes back to Clark and Diana’s conversation about keeping secrets earlier that day. He also establishes some background for Clark and Diana individually as they meet with friends. Enter the big baddie of (presumably) the first story arc and there’s a good mystery to bring readers back next month.

Despite establishing a lot of groundwork, the issue feels well-rounded and introduces interesting elements for future stories. Not to worry–this won’t be a book where Superman and Wonder Woman talk about their feelings for twenty pages. No Twilight here, thank you. Going into this book, I had my hangups about the portrayal of Wonder Woman in Justice League and was concerned that a new series about her relationship would do more harm than good. Was she going to be just Superman’s girlfriend? Thankfully, this book takes its cues from the pages of her self-titled series and focuses on her Amazonian heritage and status as a demi-god.

Overall, the artwork is very strong. Daniel excels at large action sequences and makes the main characters appear almost regal as they fly into the storm. To his credit, Wonder Woman’s breasts actually stay in her bodice most of the time and he keeps the cheesecake to a minimum. There’s a gorgeous two-page spread that contrasts a battle with Clark and Diana’s intimate conversation in a tasteful way. The cross-hatching gets a bit much in a few spots, but that is more nit-picky than notable.

The Verdict: Buy It! Haters are gonna hate, especially fans of Clark and Lois. It’s time to give other romantic pairings a shot and this book gives the relationship room to develop. Soule and Daniel complement each other and make this issue a worthy first effort.