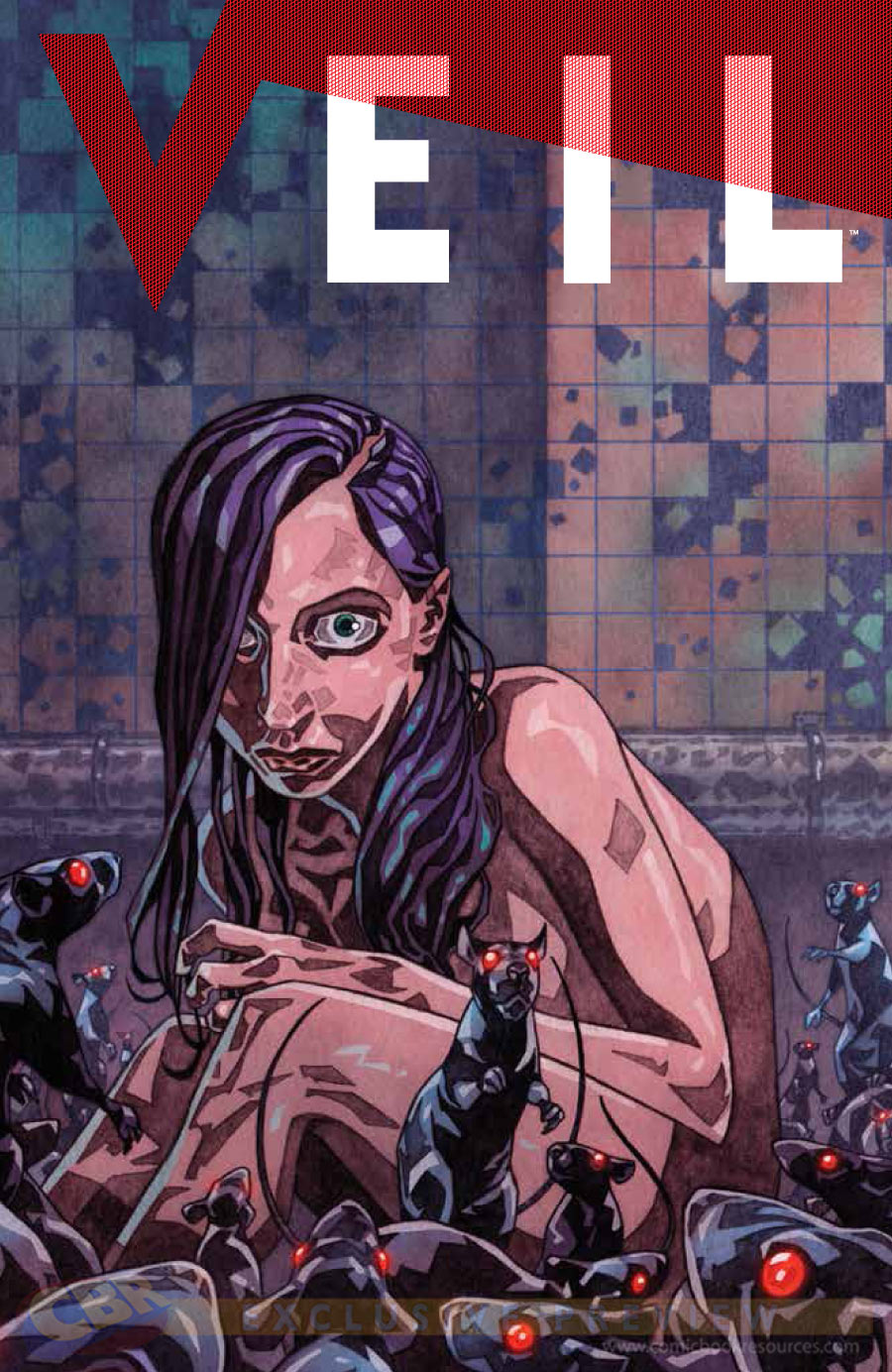 It was announced at New York City Comic Con today that Greg Rucka, currently writing Lazarus for Image, will be working on another creator-owned series this March entitled “Veil.”

Veil is is a 5-issue miniseries written by Rucka and will feature art by Serbian artist Toni Fejzula (Central Zero). It’ also Rucka’s first creator-owned series with Dark Horse. They describe the series like this:

“A beautiful girl wakes up in an abandoned subway station with no memory of how she got there. When men try to hurt her . . . they wind up dead. Where did she come from? And what is she capable of?”

Dark Horse Editor-in-Chief Scott Allie had this to say about the book to CBR:

“‘Veil’s’ a perfect addition to a lineup that includes ‘Buffy,’ Kelly Sue [DeConnick’s] ‘Ghost’ and ‘Serenity’s’ River Tam. What you see here at first is a vulnerable young woman, especially on that first cover – but this is Greg Rucka, so obviously there’s a lot more to her. All I can say is, she’s not what you expect, and it’s an honor to add a creator-owned book from Greg to our roster.”

Veil #1 will be released digitally and in stores March 5th.