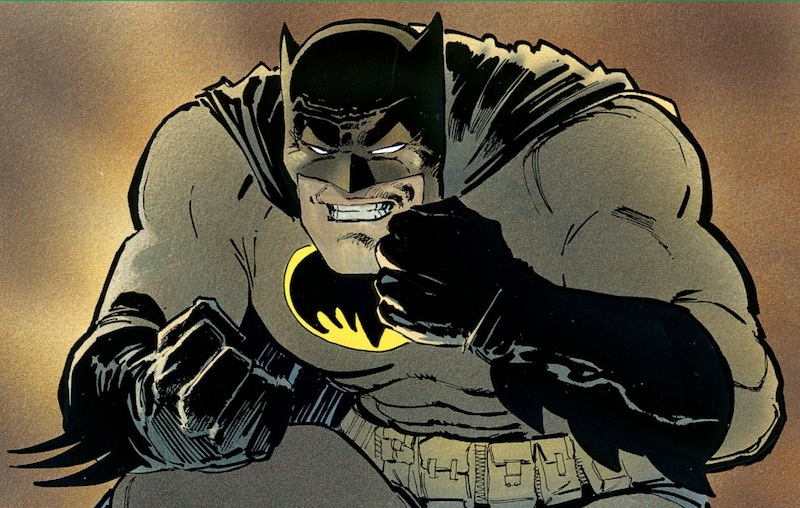 Like April’s #19 issue (another oversized issue that celebrated what would have been the 900th issue of Detective Comics), the series will be the launching pad for John Layman and Jason Fabok’s final Detective Comics storyline “Gothtopia” (before The Flash team of Francis Manapul and Brian Buccellato take over in the Spring) but feature back-up written and illustrated by different creators. On tap for the issue are writers Paul Dini, Brad Meltzer, Gregg Hurwitz and Peter Tomasi and will feature art by Neal Adams, Dustin Nguyen and Francesco Francavilla. Also involved, doing covers for the issue, are  Jim Lee, Greg Capullo, Chris Burnham, Kelley Jones, Patrick Gleason and Mike Allred.

One name in the line up has gotten a lot of attention though and that is Frank Miller, who will be drawing a two-page spread for the issue. Current Batman scribe Scott Snyder is excited to see Miller return to DC Comics saying:

“He’s still that guy who if I could meet him, I have a whole paragraph in in my mind: ‘This is why you matter so much to me …’ Hopefully one day. His Batman stuff is just untouchable.”

Are you excited to read Detective Comics #27? Who in the lineup has you most excited? Leave your thoughts in the comments below.