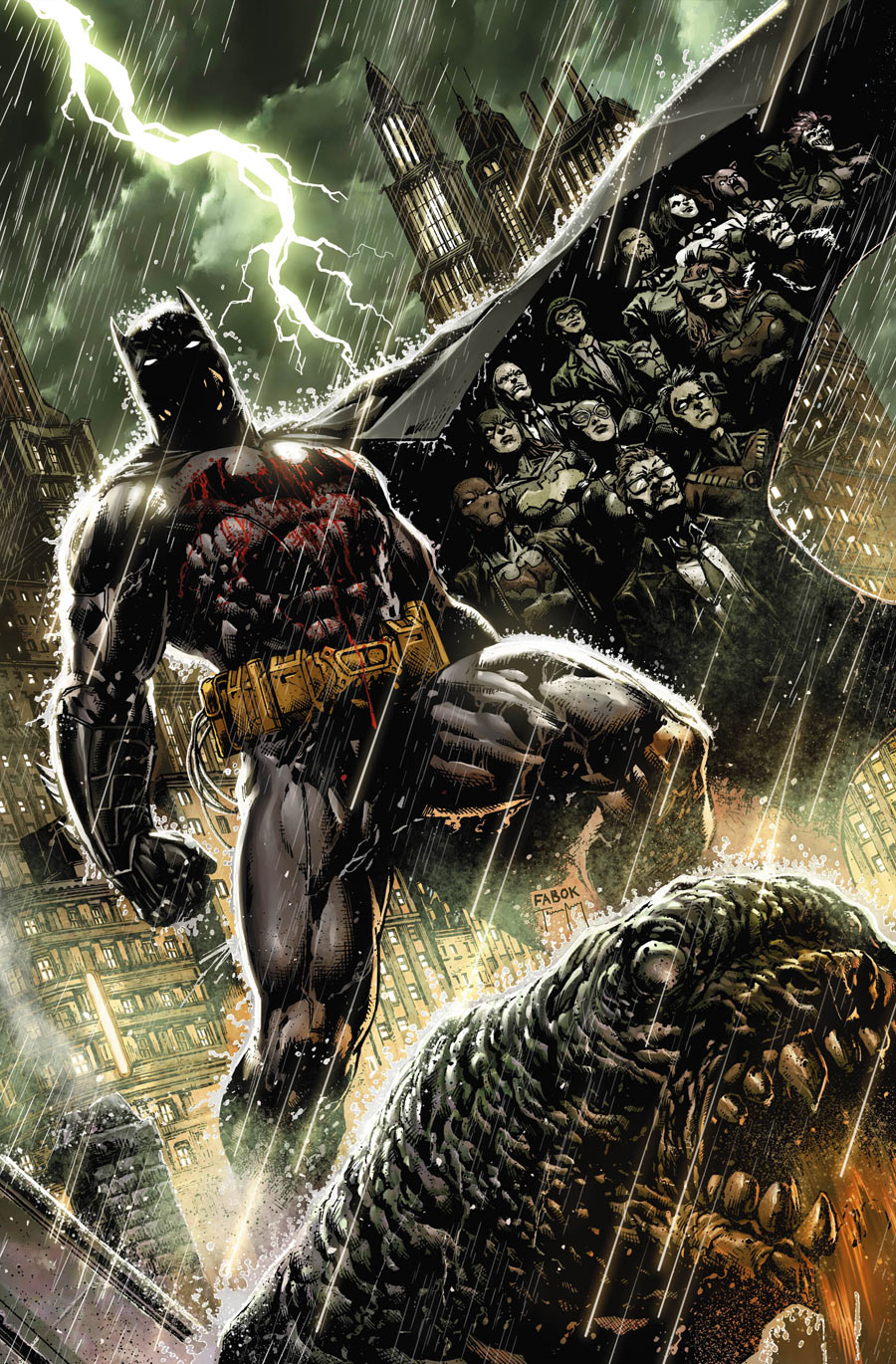 At New York City Comic Con today it was announced that Batman will be getting his own weekly series entitled “Batman: Eternal.” Headed up by current Batman scribe Scott Snyder, the book will feature art by Jason Fabok (Detective Comics) and feature a rotating group of writers in the form of Tim Seeley (Hack/Slash), Ray Fawkes (Justice League Dark), John Layman (Chew) and James Tynion IV (Red Hood and the Outlaws).

In an interview with USA Today, Snyder expressed his thoughts on the series and what he plans to do with it:

“It’s a place for me to be able to work with good friends in terms of shaping Gotham in a bigger, grander and more game-changing way than ever before. We’re gonna give you the biggest, craziest and most fun stuff we’ve done on the book and in the world of Gotham. We want this to be a place where you get to tell a story about anything you want in Gotham, so long as we’re also moving this big story forward in the background. You’ll see bombastic arcs as well but there’ll be plenty of room for Ray to explore some of the darker, more mystical aspects of Gotham that he loves or Tim to explore some of the crime we haven’t seen before. We’re five guys doing our best to give you an exciting Gotham that’s changing under the feet of its characters.”

Each writer is bringing something different to the table according to Snyder. Tynion will “…take the characters who see things from a different angle like Harper Row or the whole supporting cast of Talon, and show events through their eyes,” while Seeley “brings the humanistic stories to the table for us about the people living in Gotham and their reactions to the huge things happening in the series.” Layman is “…always up for a really fun, out-of-control story,” and Fawkes has “a really, really great sense of the macabre angle of Gotham — the tragic, haunting elements of the city really come to life in his hands.”

What are your thoughts on Eternal? Are you excited for a weekly Batman series? Which of these stories are you most excited to read? Leave your thoughts in the comments below.