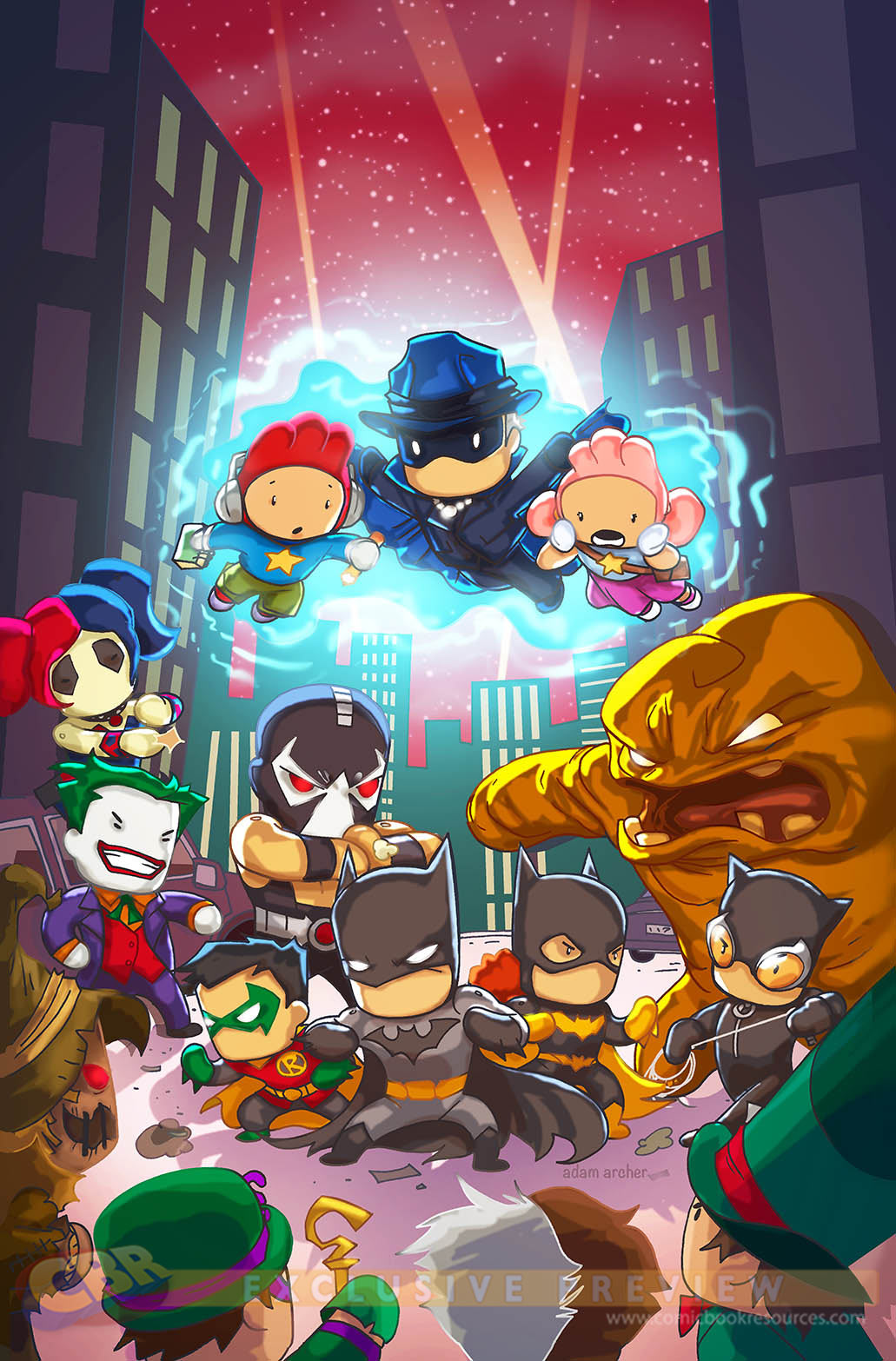 September 24th saw the release of Scribblenauts Unmasked: A DC Comics Adventure, the newest in the long running puzzle game series. This edition of the game focused on the heroes and villains of the DC Universe and as it turns out, the game isn’t the only place where you’ll see these versions of the characters. Announced at New York City Comic Con it was revealed that the month of January will feature a plethora of Scribblenauts Unmasked variant covers for a number of their ongoing titles. The titles involved are:

On top of the variant covers, DC has also announced a digital-first Scribblenauts Comic entitled “Scribblenauts Unmasked: A Crisis of Imagination (the cover to the first issue is seen at the top).” This all-ages title will be written by Josh Elder and feature art from Adam Archer. Elder and Archer were previously involved with the other Scribblenauts Unmasked digital comic “A Battle Most Bizarre.” The comic will be released digitally January 22nd.

What are your thoughts on the Scribblenauts variant covers? Will you pick any of them up? What about the game itself? Leave your thoughts in the comments below.