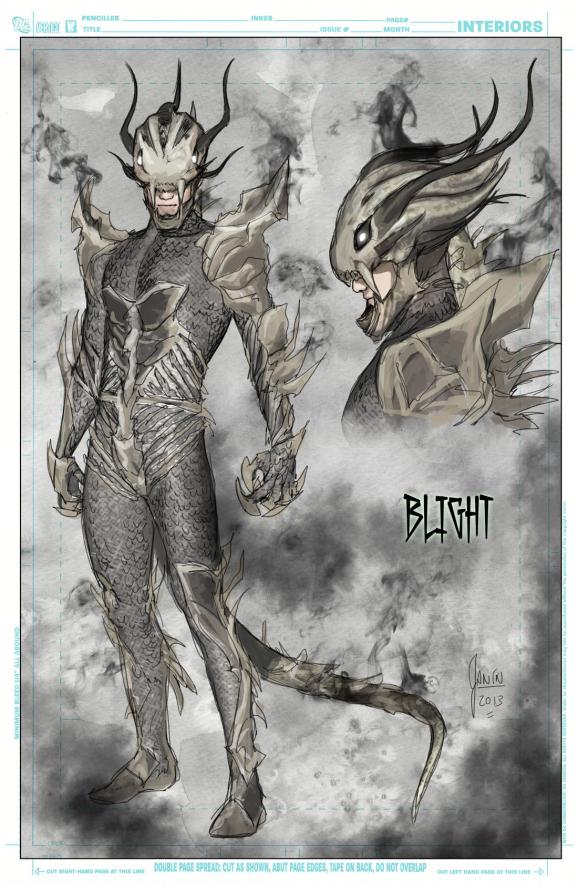 At the end of Trinity War, the Justice League Dark was wiped out, save for Constantine, who had been protected by the House of Mystery. DC’s Editor-in-Chief Bob Harras explains the rest:

“And when he wakes up, Constantine will refuse to believe that his teammates – particularly Zatanna – are dead. Therefore, he casts a spell to locate them … but his search is quickly blocked by a dominant force within the metaphysical world. It seems that the Crime Syndicate’s invasion has significantly enhanced the levels of evil in the universe, and that this evil has a physical manifestation: Blight.

In order to save Zatanna, Constantine will be forced to take on Blight. Along with Swamp Thing, Nightmare Nurse, and the Trinity of Sin themselves – Pandora, Phantom Stranger, and The Question – Constantine will need to defeat Blight if he wants to ever see the woman he loves again. But when Blight becomes aware of Constantine’s quest and draws in a human host to take him down, will Constantine and the army he’s assembled be enough to battle a force that encapsulates all the evil in the world?”

Designs for Blight have already been released (see above) as well as the schedule for those interested in reading the entire story:

Part one of Forever Evil: Blight will be released on October 23rd.