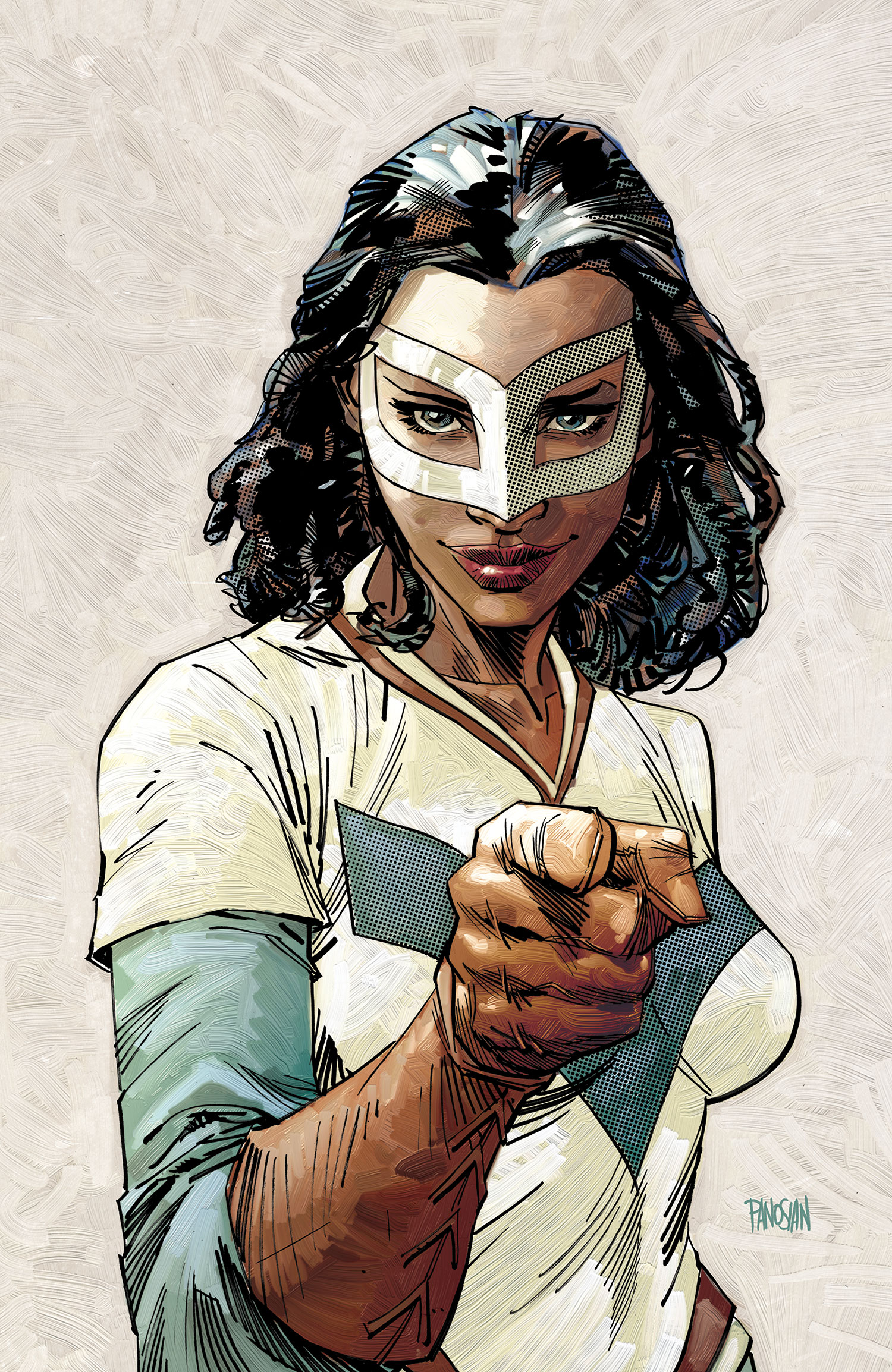 A few months ago, DC Comics took a risk launching a title with mostly unknown characters in unconventional roles for superheroes. If you don’t have the words “justice,” “super” or “bat” in your title, the sales and support for the book can be limited. The Movement hits its stride in the fifth issue and I hope an audience will appreciate its unique voice.

Does anyone else notice how gorgeous the cover art is? Dan Panosian nails it with a lovely textured effect. It also didn’t escape my notice that a bisexual woman of color is on the front cover. That kind of representation is vital in a medium where many of the characters are white and male.

The book opens with Mayor Cannon talking about using more extreme tactics to defeat The Channel M Movement in Coral City. He takes his role as a corrupt politician a step further in this issue. Then Virtue and Captain Meers chat over donuts and milkshakes about the M Movement holding a trial for two of his policemen. Freddie Williams II flexes his creative muscles and draws a compelling scene with a lot of emotional complexity. Lesser artists might find it difficult to draw two characters sitting around a table for several pages. Williams II highlights Virtue’s youth with strong facial work in a scene where she doesn’t wear her mask for the first time. He also portrays Captain Meers as a strong leader who may be conflicted about his stance toward Virtue and her team.

I love how this book examines the moral grey area of its characters. The Coral City Police Department isn’t all good or bad. Virtue’s team runs the gamut from the moral ambiguity of Katharsis to the compassion of Vengeance Moth. Like her fan-favorite Secret Six, Gail Simone pulls together a quirky group that feels like a bit of a mess. At this point, I’m invested in characters like Virtue and Mouse and care what happens to them next. My only quibble about Simone’s writing is that Burden’s inner monologue feels a bit heavy-handed.

The Verdict: Give this book a chance. Originally, it was marketed as a book for the 99% similar to the Occupy Wall Street movement. I would argue it’s more about standing up for the little guy. Isn’t that what all superheroes are supposed to do? This issue was especially strong but may not be the best jumping-on point for new readers.