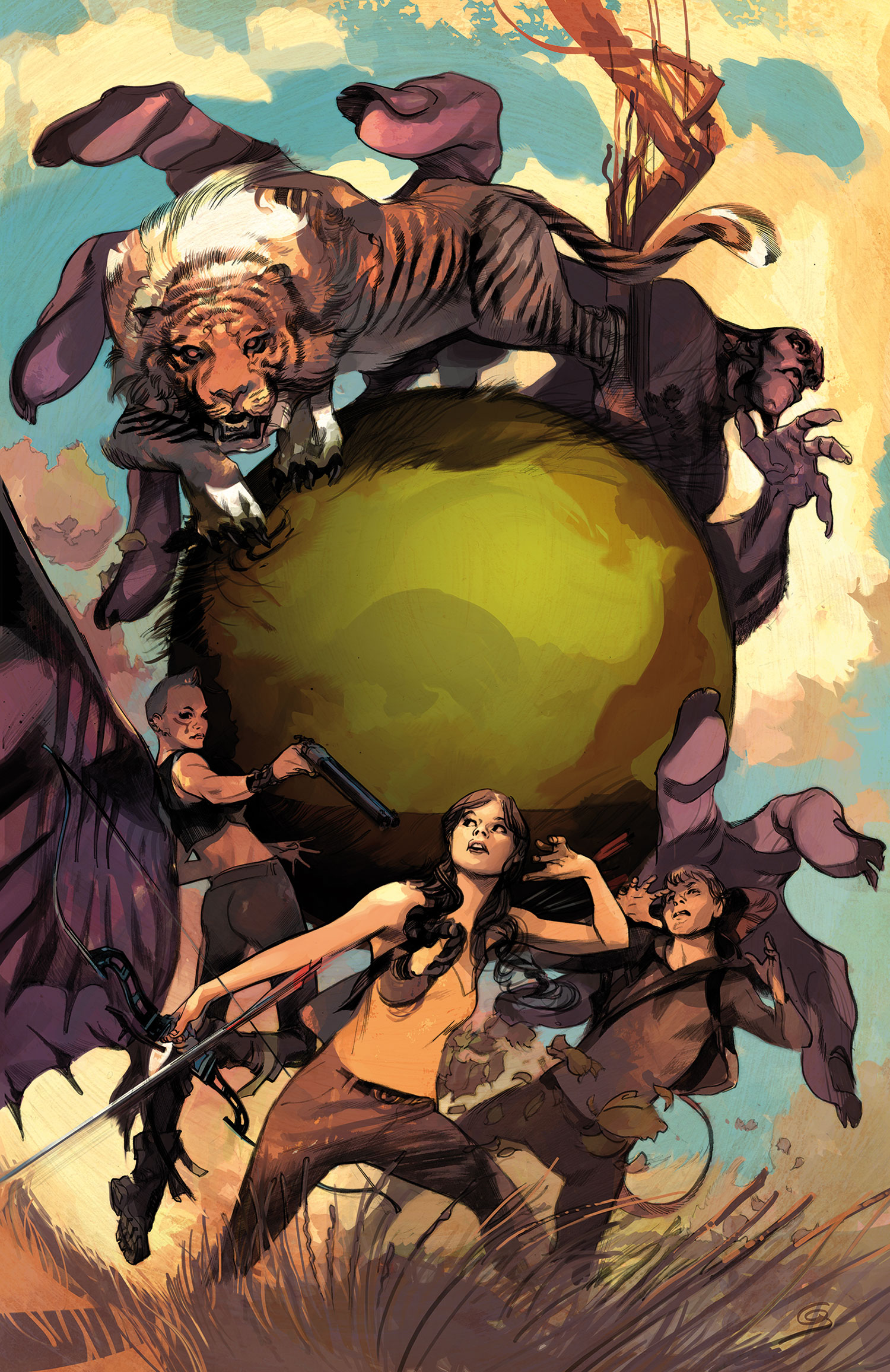 “Post-apocalyptic” is the phrase of the minute all over entertainment, and we’ve all been around that block. It’s hard to be into comics, or movies, or video games right now without having some post-apoc fatigue. The trick, of course, is to find the stories with that certain something to set them apart from everything else out there. This is, I think, where comics stand out. The most original end-of-everything stories are taking place in the funny books, and the latest addition to that esteemed grouping is Hinterkind, one of the new wave of titles coming out from Vertigo in the coming months.

Hinterkind is part I Am Legend, part Walking Dead and part Lord of the Rings as we see one of the final human villages trying to survive in the heart of an overgrown New York City. The story centers around two young members of the community who have ambitions of becoming hunters, presumably the highest caste in this society and the only ones allowed out into the wild. Exposition about what has happened to the world and where all the people went is thin, which only serves to heighten the mystery. All we get are excerpts from something called The First Book of Monday, which allude to mother nature taking back what is hers. This is where the story takes a turn into the unexpected.

Many of the animals and sights in the book are familiar and as expected. But then, all of the sudden, you get a ligon (a lion with tiger stripes and a white mane) or you see a talking horse with horns and you realize that there is something else going on. Whether it’s magic or it’s science, we don’t yet know. But, there are a lot of things we don’t know yet, and that’s all the more reason to pick up issue two.

The art in the book is decent and looks to get better as we are introduced to more and more oddities. At the moment, it’s nothing to jump up and shout about, but it’s also of a style where there is no mistaking what is happening in the frame, which is good for a book like this, where surprises lurk around corners that we didn’t know were there.

Buy it. Comics are definitely where it’s at in terms of post-apocalyptic fiction, and Hinterkind is one of the good ones. The fantasy elements make this one stand out in a sea of cookie-cut tropes. This book has the potential to become something special, and I’m looking forward to seeing where it goes from here.