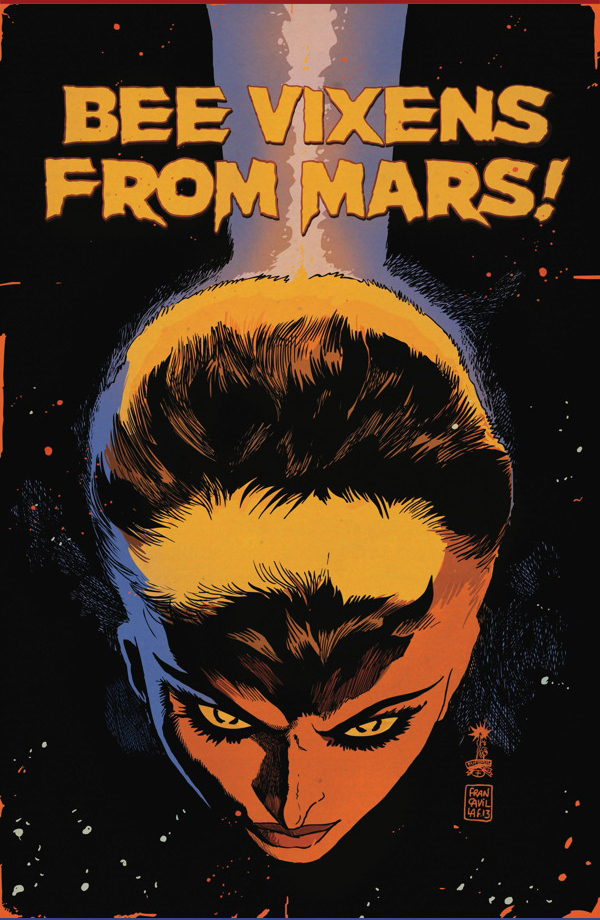 Grindhouse: Doors Open at Midnight #1 is an homage to the grindhouse films of the 1970s. Alex de Campi cites her favorite films and actresses in the letters column with an air of nostalgia. Unfortunately, this book fails to move beyond self reverence in its first issue.

Quentin Tarantino’s Grindhouse might be the first film that comes to mind for readers who aren’t well-versed in 1970s lore. His tribute to exploitation films played with the genre and (arguably) added something to it with his inclusion of strong leading women. In contrast, this book fits all of the conventions of the genre but feels formulaic and stagnant. Sure, there’s enough gratuitous sex to make a 13-year-old boy hide a copy under his bed. This is the book the Comics Code Authority warned you about. The issue firmly establishes the tone of a classic slasher film and revels in it. Who doesn’t enjoy the occasional horror comic with gore and decapitated bodies?

The story opens with the domestic life of a southern small-town cop named Jimmy. His wife Betty and her friend Arlene fool around while Jimmy goes to check out a disturbance up on Cemetery Hill. From there, Jimmy meets up with his partner Garcia and all hell breaks loose with killer bees (literally). Let me back up here and say that Garcia seems like the only interesting character in the entire issue. She’s a badass one-eyed Latina from Texas who knows how to use a shotgun. Garcia calls out her partner on his posturing and racist bullshit. But one cool heroine doesn’t make me care about the other, more banal characters in the book. The plot seems intentionally silly and unimaginative. I could overlook this if I felt more invested in the characters and their world as a whole.

The artwork tries to mirror the low-budget, B-movies of the 1970s. Peterson conveys a sense of decay and primal sexuality from the first page of the issue. Betty and Arlene’s sex scene appeals to the lowest common denominator and feels suitably vacuous. A minor gripe about the artwork is that Betty’s breasts look weird and lumpy in one panel. How is that enticing?

The Verdict: Pass unless you are in love with the grindhouse genre and want some mindless fun. There’s no plot to hook you into the next issue or feel engaged enough to care.