Hello and welcome to Talking Comics: Favorite Comic Book Covers of the Week! It used to be that every week our Executive Editor Steve Seigh would showcase his favorite comic book covers of the week and then you could all go about your day. Well no more! From this point forward Steve won’t be the only one displaying the covers that caught his fancy. As of today, and for the foreseeable future, you’ll be viewing selections not only from Steve, but from other site staff and fans alike!

“I am under the spell of this cover for certain! It’s beautiful!” – Steve Seigh

“Halloween is just around the corner, and this Vertigo one-shot anthology is just the ticket to kick off the season! This cover by Kelly Frison brings to mind Edgar Allan Poe and his tales of horror and suspense, odes to the lost Lenore, and of course, “Quoth the Raven: “Nevermore” – Bob Reyer 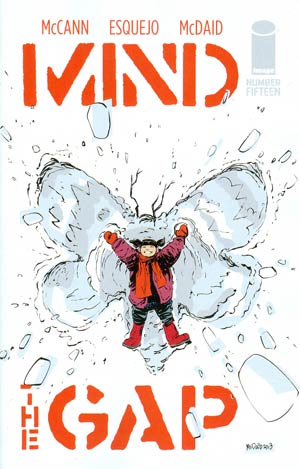 “D’awww! This cover is absolutely adorable. I wish that I were able to find a larger image of it, but I think you get the idea. My apologies.” – Steve Seigh

“So tender. So loving. Until you wake the f*ck up and remember that this is Morning Glories, and that there is quite possibly a very large butcher knife hidden behind this girls back! Kids at Morning Glories Academy are known to be very stabby. Just ask Pamela! Actually, you’d better not!” – Steve Seigh

“Hey! Hey you! Check out this comic book!” That’s what this cover says when I look at it. Ha ha! I think perhaps it’s the “no nonsense” vibe that I get from this character art that makes me like this cover so much. It just strikes me as fun and that’s enough of a reason to include it for me.” – Steve Seigh “My first-ever Kickstarter project! Jamal Igle’s pitch for this charming all-ages project spoke of having heroines that his young daughter could read and enjoy, and the promotional artwork was brilliant as well.The cover shows off the sense of fun and adventure to be had within! I’ll be picking my copy from Mr. Igle at NYCC, but you lucky folks can get one in store this week–I’m very jealous!” – Bob Reyer “I’ve been looking forward to this tome since our guest Ms. Trina Robbins mentioned over a year ago that this volume would collect the earliest strips that began the adventures of Tarpe Mills’ Miss Fury, which to date have only been available in long OOP editions or sad-looking B&W reprints.” – Bob Reyer

“Yeah, I think Boom Studios Hit #2 is definitely a cover of the week. It perfectly conveys the noir-ish aspect of the book and is a powerful image of a woman taking matters into her own hands. The subdued colour tones and use of basically just yellow and black add to the sense of danger e.g its the colour of bees or wasps and hazardous material.” – Patrick “Barntrick” McAleer

This list was compiled while listening to the album The Best of Frank by Frank Sinatra.