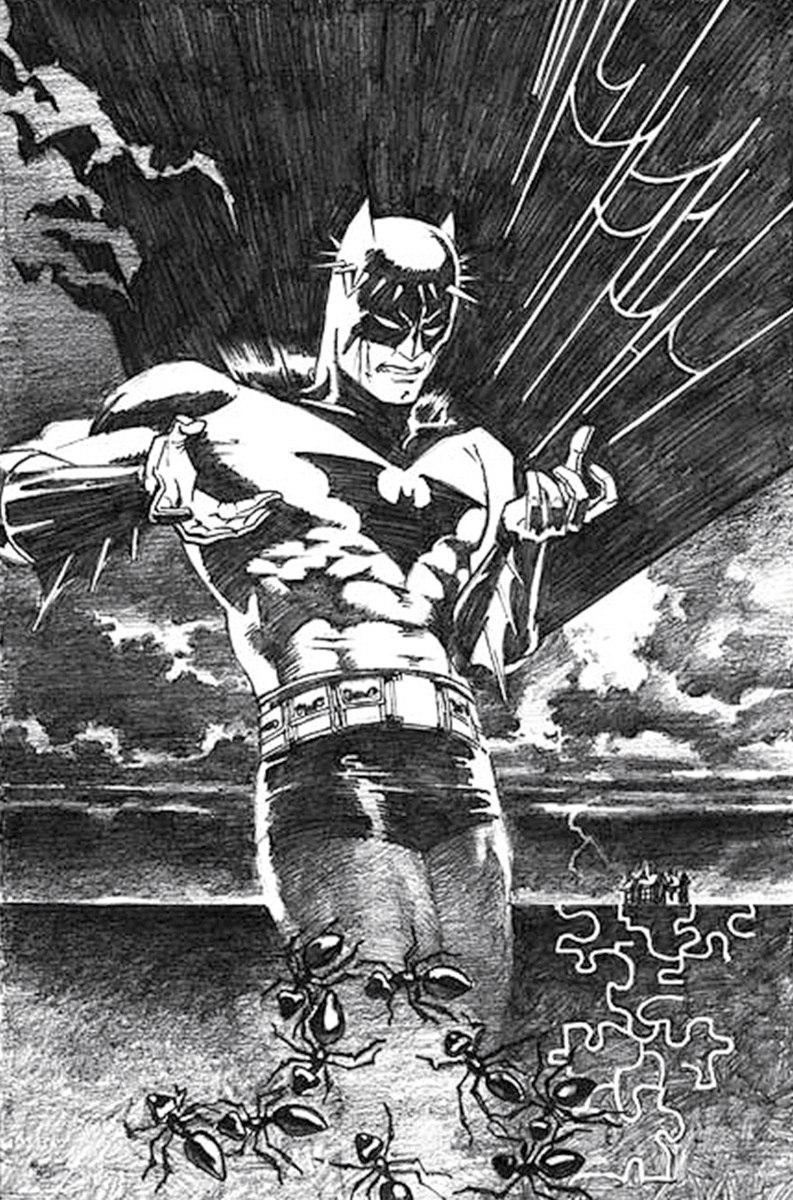 Last month’s issue of Batman: Black and White made me a believer. The fabulous “Justice Is Served” by Maris Wicks and Joe Quinones made me long for a simpler time before the New 52. A time when comics were a happier place and heroes wore their underwear on the outside. This book feels even more important after the grim Villain’s Month, featuring lows such as Harley Quinn blowing up small children and Joker’s Daughter being bizarre and over-hyped.

Collected editions can be very hit or miss. In the case of Batman: Black and White, the success of the collection fully hinges on the quality of the artwork. There are no extraneous inkers or colorists to hide behind. Unlike most of my reviews, I think it makes sense to start with the art and work backward to the story. J.G. Jones utilizes photo-realism to make a gorgeous opening in “Manbat Out of Hell.” I forgot how clean his line work can be. He fills the pages with the monstrous flapping wings and sweeping movements of Man-Bat. Another highlight of the issue is Rafael Albuquerque. He frames Batman with thick shadows and drenching rain in “A Place in Between.” Dave Bullock hearkens back to the silent films of the 1920s with some interesting page layouts. My only complaint is that Alex Nino’s art makes the action hard to follow in “Winter’s End.”

In terms of story quality, some contributions feel stronger than others. Jeff Lemire and Rafael Albuquerque both do a great job exploring Batman’s psyche in their stories. Dan Didio surprises by humanizing Man-Bat in an compelling vignette and makes you question the nature of villainy. Rafael Grampa’s “Into the Circle” is the least successful, with exposition that tries too hard and is full of muddled metaphors. “Silent Knight, Unholy Unknight” seems to have the most fun with the one-shot, out-of-continuity structure of the series.

The Verdict: Buy it! The art alone makes this issue worth buying. Thankfully, most of the stories are of the same caliber as the artwork. While this wasn’t the strongest issue of the series, it still provides a nice contrast from the New 52 and the decidedly darker tone at DC Comics. In the future, I look forward to more lighthearted stories and out-of-continuity tales of a classic character and his rogues gallery.