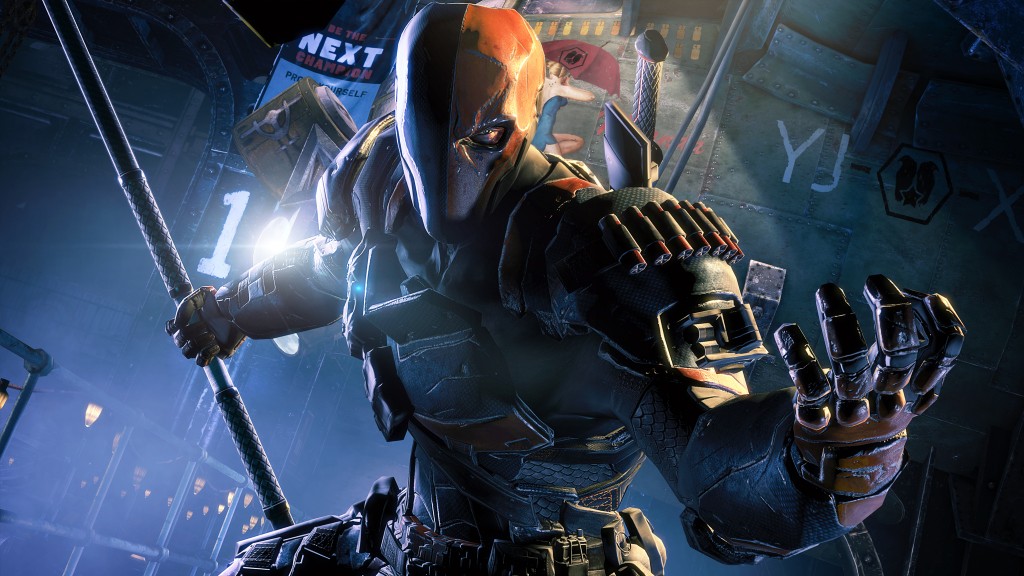 In 2009 I felt a lot of trepidation about the idea of Batman: Arkham Asylum. Sure, all of the screenshots looked great and the trailers were thrilling, but this was a Batman game. The Caped Crusader had a long line of middling-to-horrible games to his name and a game from an unproven developer didn’t engender too much hope.

Well, Rocksteady proved me wrong, delivering a title that not only featured a revolutionary combat system, but also a fantastic Batman story. They followed it up two years later with Arkham City which opened up the world and once again brought to bare an effective and shocking Dark Knight narrative. The ending of Arkham City left Rocksteady’s story in a fascinating place and I was eagerly anticipating where they’d take it next.

Then Batman: Arkham Origins was announced and the trepidation returned. The game wouldn’t deal with the fallout from the end of the last game – it would instead focus on a story set 5 years before Asylum – it was developed not by Rocksteady but by WB Games Montreal, and it would not feature the voice talent that had come to define the series. I was let down and got the nagging feeling that the game we were getting was a filler title to bridge the gap until we got whatever Rocksteady was currently working on. I was prepared to write it off. Then I got to see the game and my perspective changed completely.

A prequel to the other two titles, Origins deals with a still-emerging Dark Knight. He’s not in with Commissioner Gordon, he isn’t a member of the Justice League and he hasn’t even met the Joker yet. This is a man who has decimated local crime in his city and because of that he feels invincible. Well, mob boss Black Mask is out to prove that’s not the case. He’s tired of Batman screwing up his business and so, on Christmas Eve, he puts a $50 million dollar bounty on the Caped Crusader’s head. As you can imagine, this brings some of the DC Universe’s most dangerous hired killers down on young Mr. Wayne and sets Gotham into a tailspin of crime and mayhem.

My hands were not on the controller, but the game’s combat seems to match perfectly with previous two installments, and it even adds new wrinkles like a scoring system and even an enemy that can now counter Batman. I think anyone out there afraid that the change in developers would hurt the fight system they had come to love can now rest easy.  I was never worried about the game losing anything from the other Arkham games.  I wondered — what would set it apart? Why should I pick this up instead of going back and playing the other games? Well, I saw two things that stood out immediately.

The first thing that became clear during the Batman: Arkham Origins  demo was that, if nothing else, the developers know their Dark Knight very well.  When I asked about inspirations for the story, the game’s Creative Director stated that while there was no specific story they were drawing from that they were heavily inspired by the original run of Legends of the Dark Knight.  For those unfamiliar with LOTDK, it was an anthology series that focused heavily on the early days of Batman and would often tell old stories in new ways.  What we saw in our demo was a very small slice, but Origins does seem to be imbued with a sense of intensity and ferociousness that you’d want to see in a tale of a younger Caped Crusader. We even got to see a very early encounter with the Joker, and it was refreshing to see the two interact when they weren’t absolutely sure what the other was going to do.

The second thing that stood out to me, and the reason I’m chomping at the bit to play the game, is the Enhanced Detective Mode. Unlike in previous titles where you would use this feature to simply analyze a blood sample or see if an enemy had a gun, in Arkham Origins you actually get to live out the fantasy of being The World’s Greatest Detective. The scenario we were presented with had a helicopter crashing onto the Gotham streets, and it’s up to you to discover how. After you scan the area, the player gets a digital recreation of the crash and can begin to reconstruct the entire event as it unfolded.  Where exactly did the tail of the copter end up when it plummeted to the ground? Why is there a bullet hole in the rotor and where did it come from? Piecing all of these facts together gives you a real sense of agency over the action in Arkham Origins and it also allows for a change-up in the pacing and gameplay. Not every encounter will be a battle for Batman and idea of that is thrilling to me.

Batman Arkham Origins launches worldwide on 10.25.13 for PC, PS3, XBOX 360 and WiiU. And, from our short demo, looks to be a worthy addition to the Arkham series. Look for more coverage in the coming weeks and for Talking Comics’ review for the final word on the newest Dark Knight adventure.