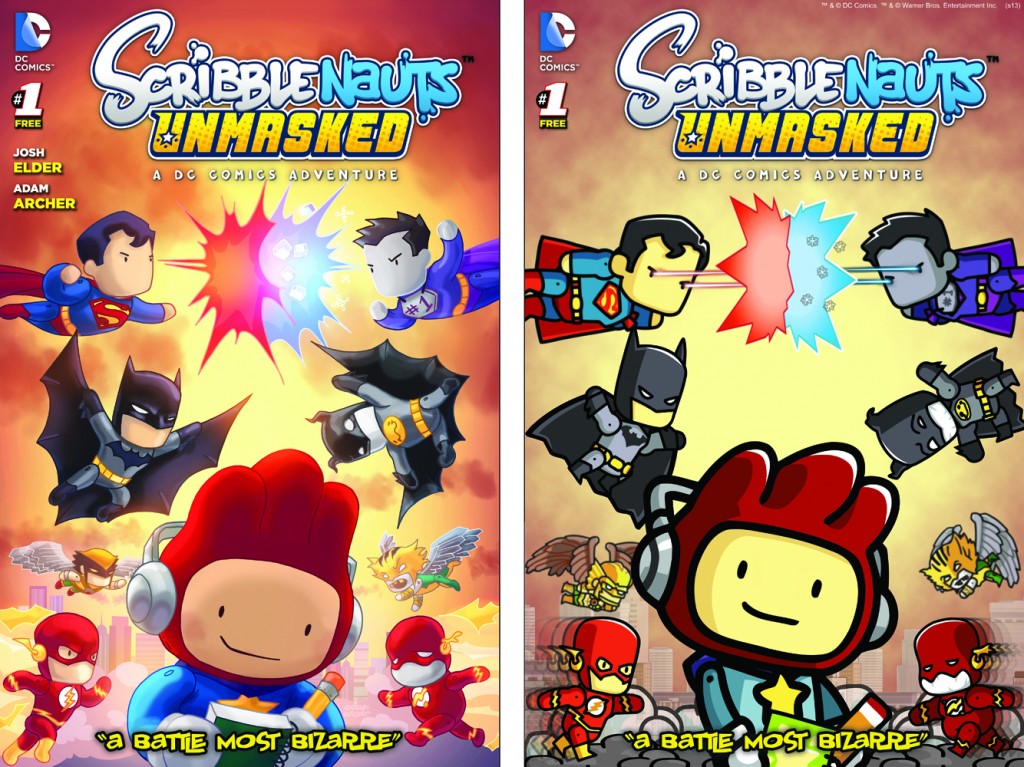 For the uninitiated, Scribblenauts is  a series of games whose main hook is the freedom it gives players to drop items into the environment simply by typing them in. Need to cross a chasm? Type in “pegasus” and you have your very own flying mount! Need to defeat an enemy?  Type in “bow and arrow” and get your Rambo on! They are freeform virtual playgrounds that encourage players to solve puzzles by thinking out of the box. Now, this inventive gameplay mechanic has been combined with the DC Comics license.

The demo we saw opened in the Batcave and revealed just how varied and deep the game’s dedication to their license is. There was Batman of course, but there was also Alfred, Batwoman and even the Tim Drake and Damian Wayne versions of Robin sparring with each other.

When the demo ventured out into the world, we were shown the different ways you could approach the use of these heroes. When the main character Max encountered a giant crab monster, we called in an Angry Superman who dispatched that with the threat quickly. However, because he was angry, he quickly turned his powers on us. As Max, you have the power to dispatch all your creations with ease, but the fact that the characters are made to play by the same universal rules as everything else in the game opens the experience up to all kinds of lunacy. 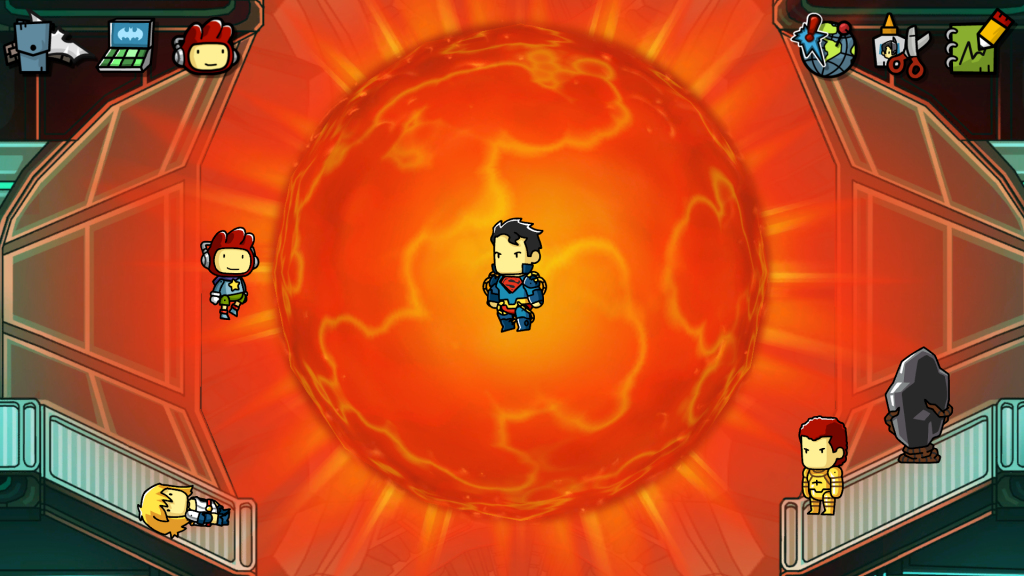 Superboy Prime. Will he punch a hole in reality? Stay tuned!

In fact, the best moment of the Scribblenauts: Unmasked Demo has nothing to do with comic books. It came when another writer in the room asked  if Conan O’Brian’s comic book character “The Flaming C” was in the game.  The developer typed the words onto the Wii U Gamepad and what dropped in was not a late night host with schlock of bright red hair but the letter C engulfed in flames. The entire room erupted in laughter and the developers got a unique opportunity to show the simple genius of their game.

There is a Bat Computer in Unmasked and it’s within this feature that the true potential of the game resides. It’s here that you can create your own heroes from scratch by assigning them characteristics, powers and weapons. I asked to see a Batman/Green Lantern hybrid and so the developer took the body of caveman Batman (from Return of Bruce Wayne), the head of Hal Jordan, an oven mitt and the ability to hurl kitten projectiles and created Batlantern.

We dropped this new creation into the world and BAM! the world’s first cat-tossing super hero! But the Bat Computer  isn’t just a place to create ridiculous heroes. It also gives you an extensive DC encyclopedia. Here you can look up character origins, relationships and power sets. It’s an awesome feature and one that can serve as a gateway for younger players to learn about the more obscure corners of the DCU. 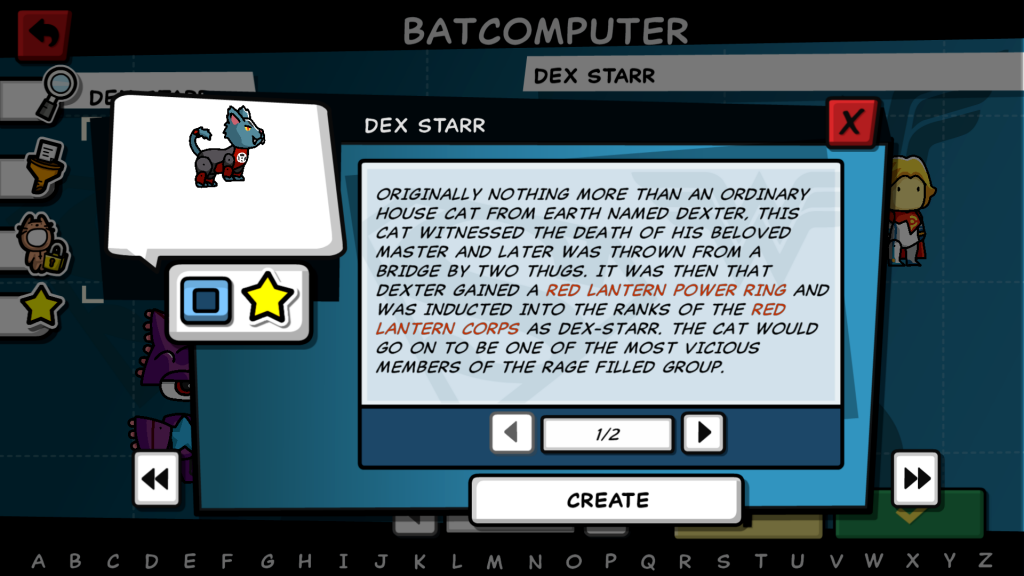 Even Dex Starr is included!

When you type in Batman you don’t just get one version of the character. In fact, you get just about every iteration of the Caped Crusader to choose from. That attention to detail doesn’t just apply to the most popular characters either. When we asked for Stephanie Brown we were then prompted to decide between the Batgirl, Spoiler or Robin version of the character. When the developer had the Red Lantern Corps and the Green Lantern Corps fight, the entirety of both groups popped onto screen. (Including the fire-spewing cat lantern and the newest Green Lantern, Simon Baz)

My problem with Scribblenauts has always been the long game. Can its particular brand of toy box fun keep me interested or will I burn out after a few hours like I’ve done with all the other titles? I can’t answer that until I have the full game in my hands, but what I can say is that Scribblenauts: Unmasked is a charming piece of entertainment that also serves as a wonderful compendium for DC Comics lore. Stay tuned for more Scribblenauts: Unmasked coverage here at Talking Comics, as the game launches for Wii U, Nintendo 3DS and PC on 9.24.13.