There’s been a lot of talk about Kate Kane recently. Batwoman, as she’s better known, fights in Gotham City and deals primarily with mystical elements. Her relationship with Batman is loose, and her role in his army of Bat-folks is undefined.

Her distance from the Bat-books has been the major appeal of the series. While the Bat-family infiltrates all of the books taking place in Gotham, Batwoman was the book that looked just at one character within the dark city. While the storytelling was unconventional at times, the series itself provided readers with an autonomous female character that could kick ass.

With all the controversy surrounding the series right now, it is important for us to look at why Batwoman matters so much to female readers. It can be summed up in a single image: 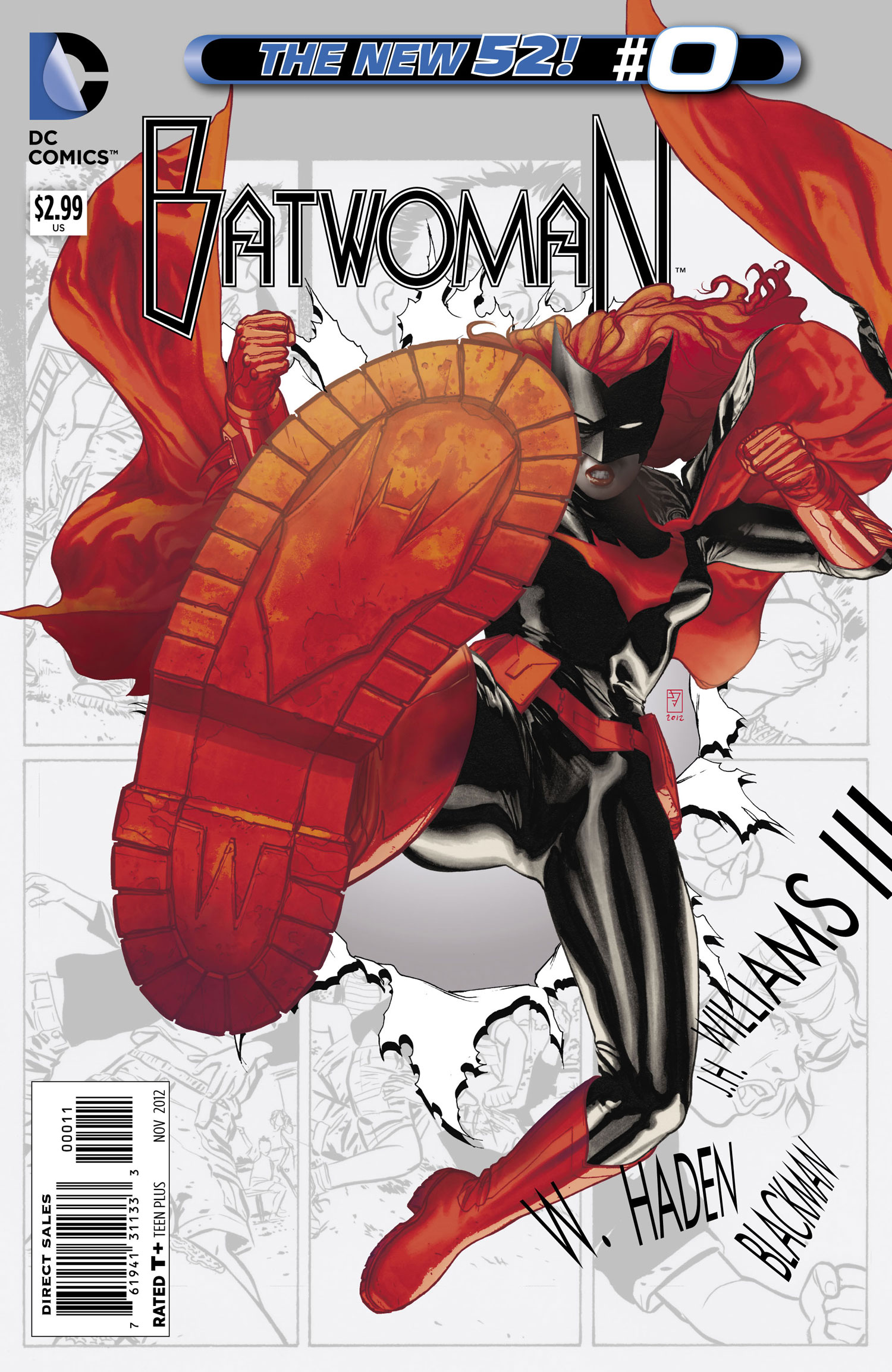 You only have to look at the other female-lead #0 books to figure out why Batwoman broke the mold. While other female characters were shown in a positive, beautiful light, Kate was shown for who she is: a broken army girl who could not be stopped. She’s dealt with death, leaving the army, pain, and confusion. Yet, each time she gets back up on her feet and keeps protecting the city she’s grown to love.

Batwoman has given Kate a lot in the past two years. She’s developed a friend in Wonder Woman, asserted her independence from Batman, and found a lover in Maggie Sawyer. For a time, it seemed like Kate was going to get everything she wanted. 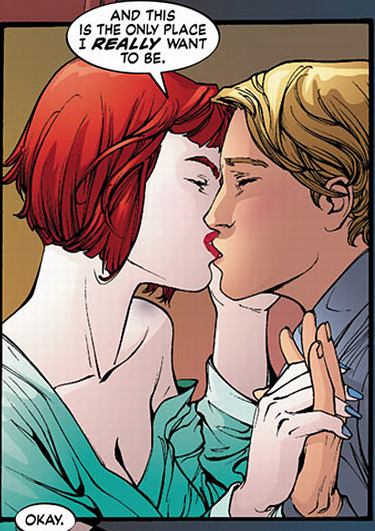 What’s depressing about the shake up with Batwoman is not the rejection of a gay marriage (by now, hopefully you know that’s not the case) but how the whole situation was handled. There are no words to describe the shock of a company driving a creative team away from a book, especially a book with decent sales. The thought of creative teams being unhappy with editorial decisions is enough for comic book fans to rethink their support.

The biggest thing to take away from Batwoman is that, for a time, she was happy. Dan Didio seems to think that heroes cannot be happy and heroic, yet forgets that real life heroes can embody both sacrifice and happiness. If it is a choice between reading a happier Batwoman book and reading a depressing Batwoman book, I’d rather quit while I’m ahead and remember the growth Kate went through to become the hero I look up to. 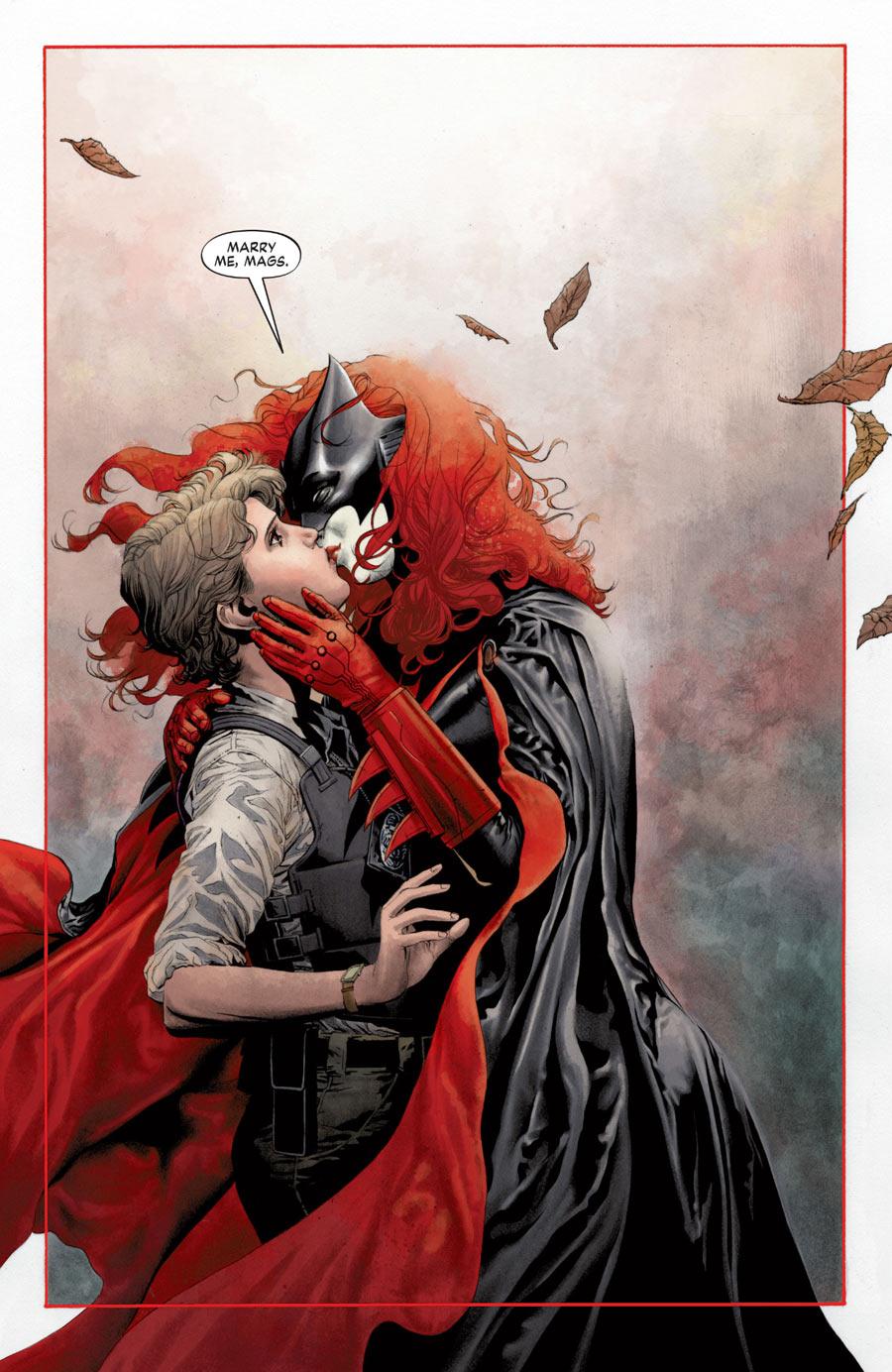