“I really just enjoy the fact that i get a Lovecraft meets Fear and Loathing in Las Vegas vibe from this cover.“ – Steve Seigh

“I’m digging on the red and black coloring and you’ve got to admit that it’s a pretty epic depiction of Captain Marvel.” – Steve Seigh

“I like the color theme to each issue of Infinity and the subsequent Avengers and New Avengers issues. While it makes them a little hard to differentiate from each other, it also serves to make it easy to see which issues go together. And having Captain Marvel on the cover only makes it that much cooler.” – Michael Duke

True Lives of the Fabulous Killjoys #4

“It’s all about the cool colors of this cover for me. I also like the layout of the text. It reminds me of a fashion magazine setup.“ – Steve Seigh 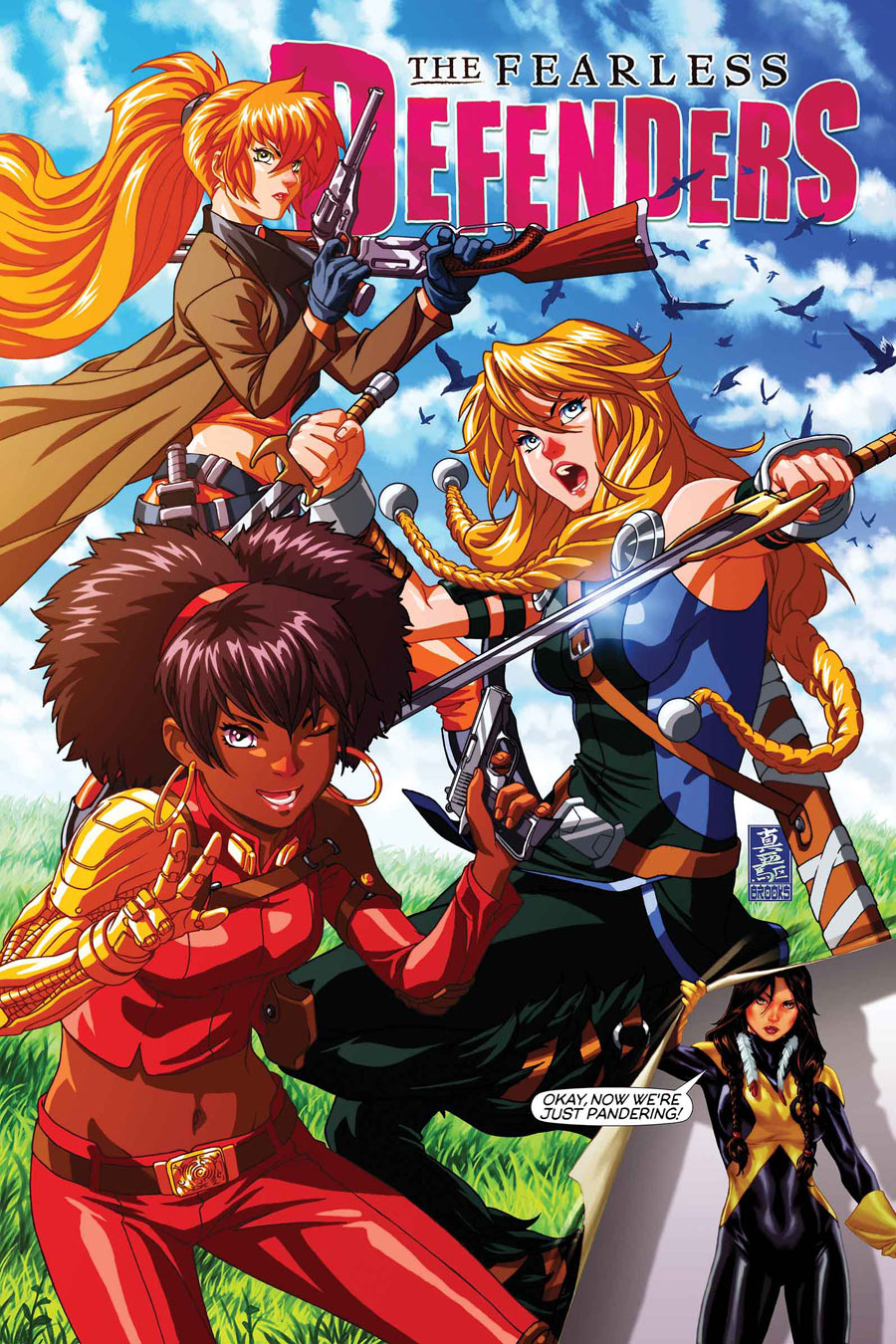 “I’ve been a big anime fan ever since I can remember. This cover might be pandering but it’s totally hitting the mark for me. Go figure. Ha ha!“ – Steve Seigh “I love the fire on charcoal look this cover has. I’m also super excited to have another chapter of Rachel Rising in my hands so I figured I’d include it in this week’s list.” – Steve Seigh

“It’s been an Arthur Adams deluge on the “Battle for the Atom” books so far, which is pretty darn special, if you ask me…which you did! His art is so classic, and yet so singular at the same time! Could someone at Marvel offer Mr. Adams a series, please?” – Bob Reyer

“This fun homage to 50s science-fiction movies by Dan Boultwood still manages a some modern touches, particularly in the color palette selected…not to mention the coffee stains!” – Bob Reyer

“I think this is the most evocative and visually stunning “women floating in space” cover of the week. Leia has been a standout character in this series and it looks like she’s going to have a gut-wrenching issue this time around.” – Michael Duke

“The covers for this series have been pretty awesome these last couple of months.  We’ve had cowboys, dinosaurs, and this issue gives us the Hulk taking on a horde of knights and practically uppercutting a horse.  Pretty freaking sweet.” – Patrick Brennan

This list was compiled while still listening to the album The Bones of What You Believe by the band CHVRCHES. Pick this album up!