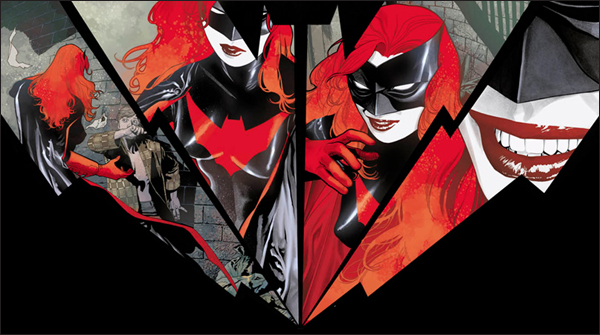 It has been a whirlwind week at DC Comics. JH Williams and W. Haden Blackman walked off Batwoman and a Harley Quinn art contest incited fierce backlash, but Forever Evil debuted to astounding praise. What does the Talking Comics crew make of all this? Find out! We also break down the sales numbers for August 2013 and look at All-New Marvel Now!

Of course there is the book of the week segment where we cover Aquaman, Wolverine and the X-Men, The End of X-Factor, X-Men: Battle of the Atom, Darkseid, Ventriloquist, Trillium, Green Arrow, Superior Spider-Man and more!

The Comic Book Podcast is brought to you by Talking Comics (www.talkingcomicbooks.com), a blog dedicated to covering the latest and greatest in comic book releases. The editorial staff is composed of Editor-in-Chief Bobby Shortle (Fanboy Remix, Doctor Whocast), Stephanie Cooke (Misfortune Cookie) and Steve Seigh (JoBlo.com contributor) who weekly dissect the releases and give you, the consumer, a simple Roman yay or nay regarding them. Our Twitter handle is @TalkingComics and you can email us at podcast@talkingcomicbooks.com.