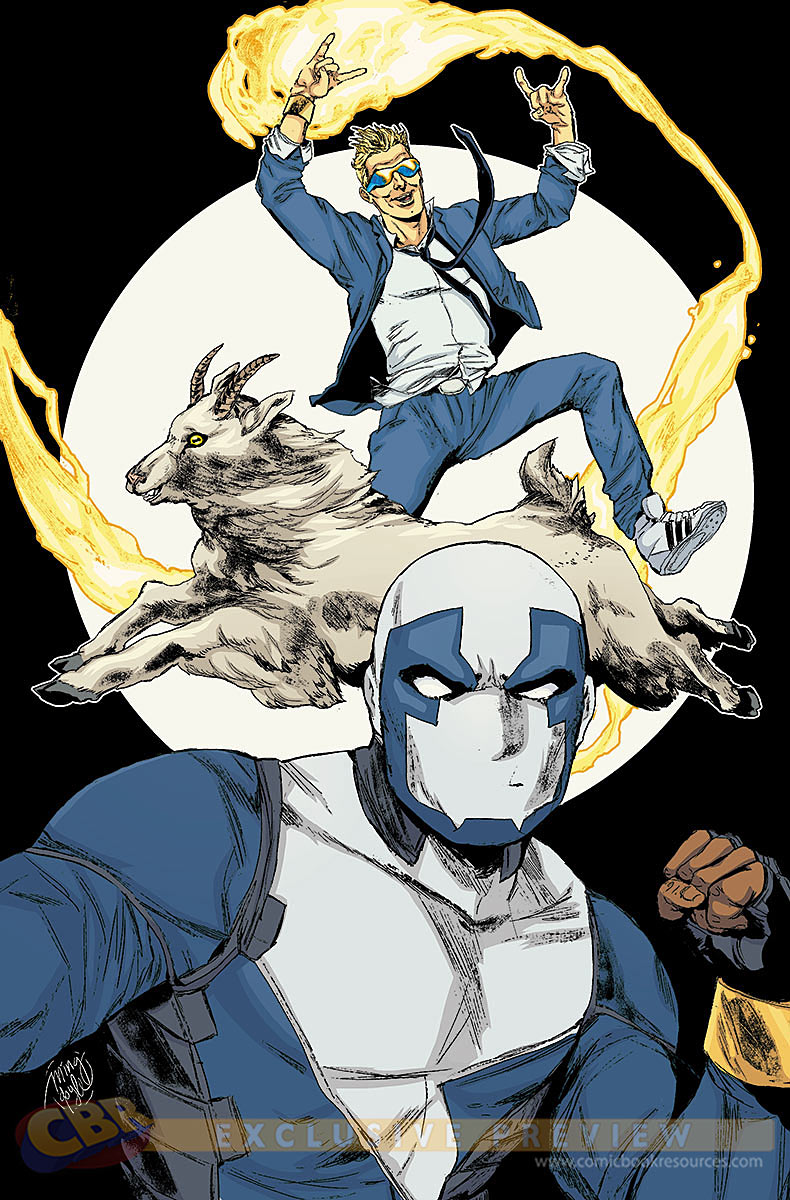 During this past weekend’s Baltimore Comic Con it was announced that Tom Fowler would be leaving Quantum and Woody with the fourth issue. Replacing Tom would be “Mara” artist Ming Doyle, who takes over as the artist with the fifth issue.

Talking with Comic Book Resources, Ming had this to say about replacing Tom:

“I’m just going to say that following Tom Fowler is going to be a gigantically intimidating Herculean task. When it comes to visual action, when it comes to comedic storytelling, Mr. Fowler I really think is probably the pinnacle. But I’m really up to it and I’m certainly going to be injecting my own storytelling sensibilities, my own character beats and the way that I handle people. I hope that even though there is an artistic shift that the characters will still be recognizable as the characters that readers have fallen in love with and gotten to know. I’m certainly going to try and draw Quantum and Woody in the spirit that Tom left them to me, if not in the exact mold.”

“It’s definitely going to be a huge change. “Mara” was a big leap for me, because before that project, I had never had the chance to do any sort of superhero action thing. “Quantum and Woody’s” going to be my first chance to do a superhero action comedy buddy-cop type thing. It seems like I just keep adding on more things to the repertoire that I want to handle. It’s going to be really different, but I’m looking forward to the opportunity to play with these characters because they’re so funny. I really want to get into more physical acting with them and exploring body language, and all of that goofiness. I haven’t drawn anything goofy before. This is going to be really fun. [Laughs]”

On her thoughts about the goat and how to implement him into the comic:

“I like the goat. The goat is so silly. I haven’t really drawn much in the way of animals except for Rocket Raccoon, if you want to call him an animal. I don’t know if that’s degrading to him or not. But the goat is a nice addition. In general, I’m looking forward to drawing Quantum and Woody themselves, just because I feel like they are two archetypes that are so at the core of the comedic and dramatic experience. Quantum may as well be a drama face and Woody may as well be a comedy face.”