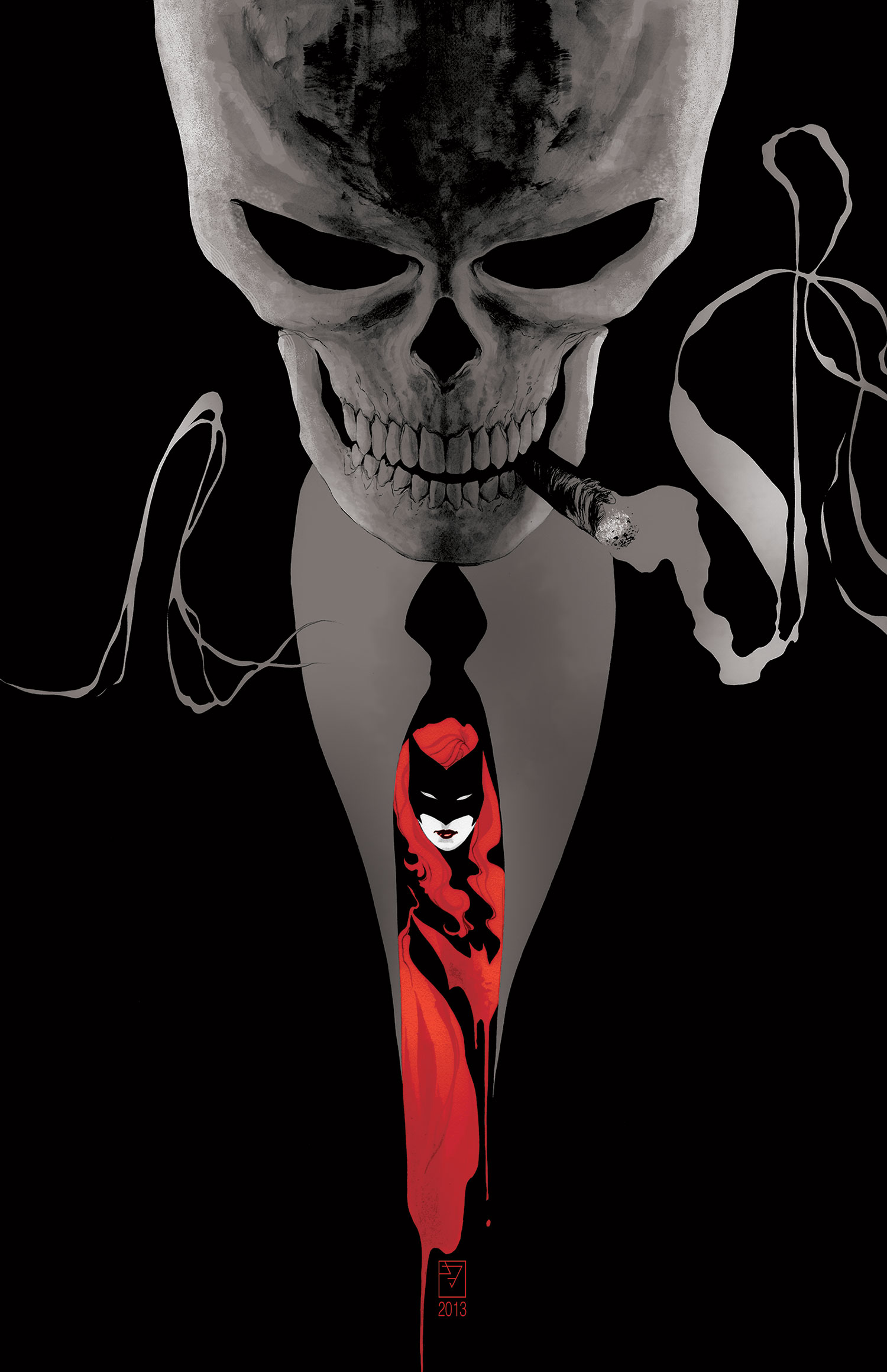 The news broke late last night that J.H. Williams III and Haden Blackman, the co-writers and artist on Batwoman would be leaving the book with December’s 26th issue. On their respective websites they issued a joint statement regarding their leave, citing editorial differences as being one of the core reasons for doing so:

“…in recent months, DC has asked us to alter or completely discard many long-standing storylines in ways that we feel compromise the character and the series. We were told to ditch plans for Killer Croc’s origins; forced to drastically alter the original ending of our current arc, which would have defined Batwoman’s heroic future in bold new ways; and, most crushingly, prohibited from ever showing Kate and Maggie actually getting married. All of these editorial decisions came at the last minute, and always after a year or more of planning and plotting on our end.   We’ve always understood that, as much as we love the character, Batwoman ultimately belongs to DC. However, the eleventh-hour nature of these changes left us frustrated and angry — because they prevent us from telling the best stories we can. So, after a lot of soul-searching, we’ve decided to leave the book after Issue 26.”

They then go on to express their feelings toward the situation and that hopefully their last issue will be a satisfying conclusion to their story that started back in Batwoman: Elegy with Greg Rucka.

“We’re both heartbroken over leaving but we feel strongly that you all deserve stories that push the character and the series forward. We can’t reliably do our best work if our plans are scrapped at the last minute, so we’re stepping aside. We are committed to bringing our run to a satisfying conclusion and we think that Issue 26 will leave a lasting impression.”

One of the responses that came from the announcement was the allegation that DC was in fact anti-gay marriage. On his Twitter account though, Williams made it clear that editorial wasn’t against gay marriage and that it wasn’t a factor in why they left the book. A DC rep confirmed that later stating:

“As acknowledged by the creators involved, the editorial differences with the writers of ‘Batwoman’ had nothing to do with the sexual orientation of the character.”

What are your thoughts on Williams and Blackman leaving Batwoman? Who do you think will take over in January? Leave your thoughts in the comments below.