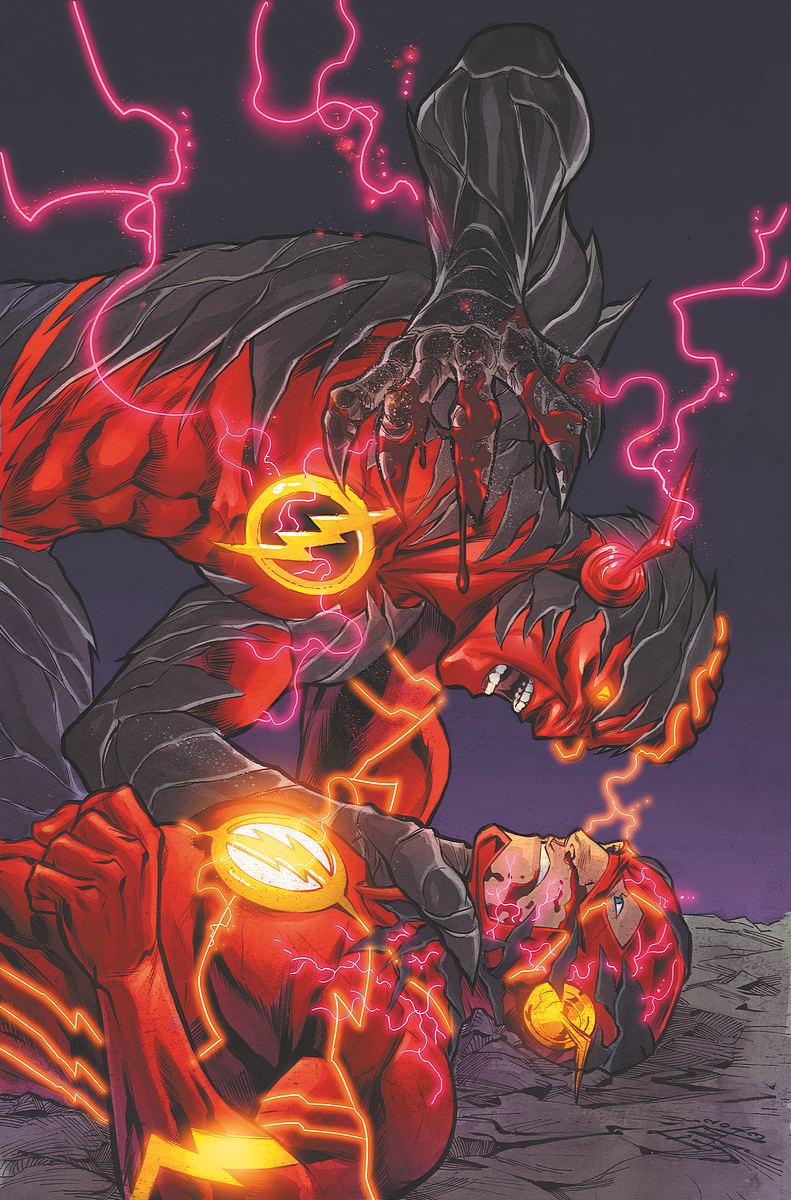 Sometimes reading monthly comic books can be a test of patience. There’s the challenge of delayed gratification–a rare commodity in today’s media–along with the hope of payoff for long-term readers. In this series, the writing team devotes an entire story arc to the mystery of Reverse Flash. Five issues later, there is a dwindling list of suspects and a rising body count as Reverse Flash targets people involved with The Speed Force and stockpiles their power. Dr. Elias could easily make a good Reverse Flash with his obsession with The Speed Force, but he appears with the villain during a previous issue. So who could it be?

A good mystery can keep readers hooked on a series just so they can figure out “whodunnit.” I would place myself in that category, as the storyline piques my interest. The whole issue is set at a breakneck speed, starting off with Barry Allen battling Reverse Flash. There are some fun panels where Manapul plays with the characters’ speed, showing Reverse Flash moving Flash backward in motion. Manapul also does some great work using shadow to convey a character’s emotion in one of the (few) quieter moments of the issue. Smaller character moments with Patty Spivot and Iris West add layers to the issue and create an interesting subplot.

As for the big reveal, I am definitely coming back with more questions for the next issue. My biggest gripe with this series is that certain plot points are introduced and then dropped for several issues, like Director Singh’s relationship with the Pied Piper or Iris West’s disappearance into The Speed Force. In the case of Reverse Flash, I’m hoping the upcoming Villains Month issue will flesh out his origin and help readers invest more in him as a serious antagonist for Barry Allen.

The Verdict: Buy It! If you’re interested in Reverse Flash, this is definitely the issue for you. If you haven’t been following the series, then I would recommend going back to The Flash #19 and starting from there.