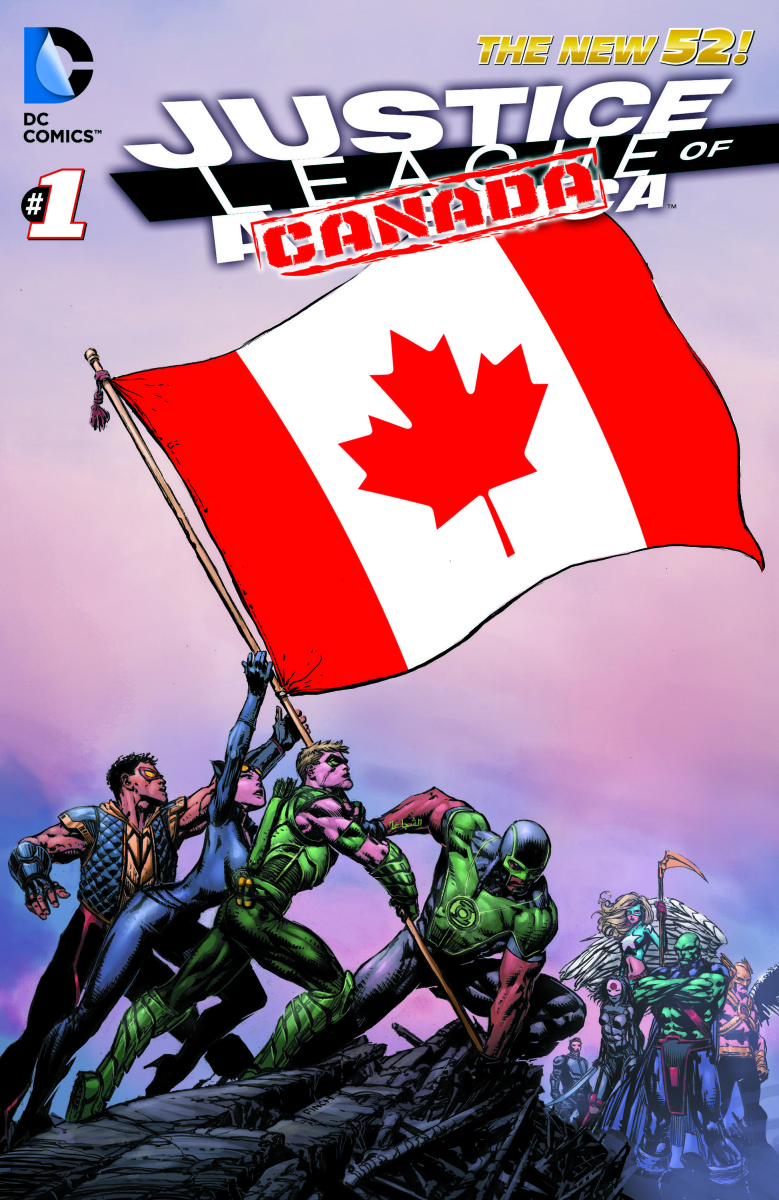 But what caused the move in the first place? As it turns out, the upcoming Forever Evil story plays a huge part in the move. Lemire spoke to the Toronto Star and gave a bit of back story on the decision to move north:

“As a result of that, without spoiling any of that story, there will be major changes in the Justice Leagues, and in the spring, the current Justice League of America team goes through a dramatic change and some of the pieces that are left behind will evolve into this new Justice League Canada team.”

Lemire, a native Canadian, was excited at the prospect of writing this book, and wanted to make sure that their new home base reflected his home country well:

“This is like my ultimate dream job. It sounds like a joke and something like this would never happen, but it is actually happening, and I couldn’t be happier…I do want to create a cool, rural Northern Ontario headquarters for Justice League Canada, and I don’t want to spoil it yet. And it’s not a hockey rink, I promise. Although, of course, it did cross my mind.”

With the move though, will we see more Canadian superheroes get introduced into the team? Lemire hopes so, and even has plans to create some new heroes for the team:

“I’m trying to make a character that reflects a real part of our cultural identity, who could be a real Canadian teenager. That’s what I’m really after with that. It’s not really like Alpha Flight, as we’re not creating a bunch of very Canadian characters. Like those characters are all almost clichéd Canadian archetypes. This is still very much set in the regular Justice League universe and the team will still have some of the bigger named superheroes, but they will actually be located in Canada now, and there will be a couple of new members who are Canadian. So obviously as a Canadian, and as a Canadian storyteller, it’s something I’m very proud of.”

Justice League of Canada will be released in 2014. What are your thoughts on this new team? Are there any Canadian superheroes who you hope will make an appearance? Leave your thoughts in the comments below.