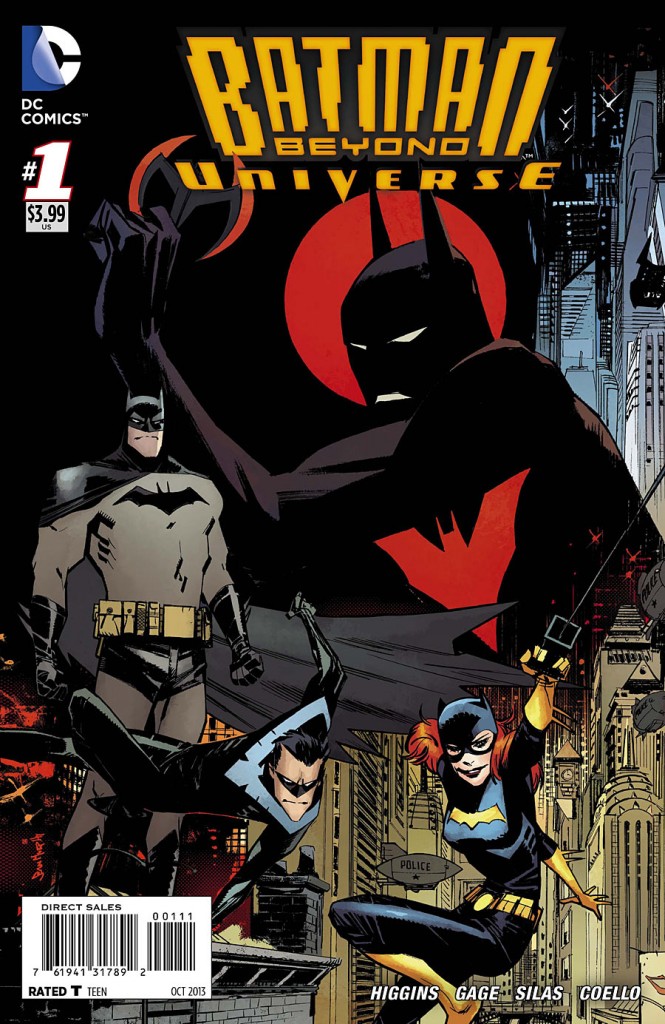 They say you can never go home again. That’s how I’ve always felt about Batman Beyond. As a huge fan of the Bruce Timm Batman: The Animated Series, I was there when the first episode of Batman Beyond premiered on TV. The series was fresh and fun, with sci-fi elements that didn’t get in the way of the feel of the original Batman animated series. The character of Terry McGinnis was also a welcome addition to the Batman universe. He became a hero that was not the quiet, intense, and brooding Bruce Wayne, but instead cocky, brash, and never without a sarcastic comment.

Batman Beyond comics, however, have been disappointing on the whole. Most recently, the Batman Beyond Unlimited title–a digital first series which was later printed in a 48-page comics–attempted to bring the character back around to his roots, but it suffered from its format: the books were split between a solo Batman Beyond story and a Justice League Beyond story. Unfortunately, the Justice League story was often better than what we got with Batman

Batman Beyond Universe is really just a retitling and renumbering of Batman Beyond Unlimited, and it’s using the same ideas and the same format: it’s a digital first comic, oversized, with a solo Batman story paired with a Justice League one. But, the retitling also came with a change of creative teams, and what we find here is a switcharoo: Batman finally outshines his team of future heroes.

Let’s start with the negatives: the Justice League Beyond story is a mess. Superman Beyond–who is the same old Superman only with a black suit, greying temples, and a mopey streak–finds himself in a classic Superman dilemma. There is something wrong with the sun and his powers are out of control and he has to neutralize them until he can find a cure. We’ve seen this story many times before, and this iteration doesn’t really have anything new to bring to the table. This creative team has taken Superman Beyond, who was arguably the most interesting character of the previous Unlimited title, and boiled him down to tropes and cliches. The art here also leaves something to be desired as it shoots for a more classic, DC house-style that it sometimes cannot deliver, making for some unfortunate facial expressions and body faux pas.

However, the Batman Beyond story is something of a revelation. This Batman Beyond feels ripped from the animated series, while also maintaining the continuity from the previous comic title. I was a little lost over some specific story points, but overall it’s accessible and fun while at the same time creating a sense of mystery, allowing Terry to take the roll of the detective. I also enjoyed the addition of old-man Nightwing as Terry’s new mentor. The art in the Batman Beyond story is also quite excellent, taking the Bruce Timm angular lines and over-blown proportions and adding a touch of additional detail and deeper colors.

Buy it. Or more appropriately, “Try it.” If you have fond memories of the television show, I cannot give Batman Beyond Universe higher praise than it is the closest in spirit to the source material I have yet read. While the Justice League Beyond story has problems, you are still getting a full Batman Beyond comic for your money. Take a chance and see if you can regain that sense of joy that comes from watching this new Dark Knight take on the villains of a Gotham of the future.