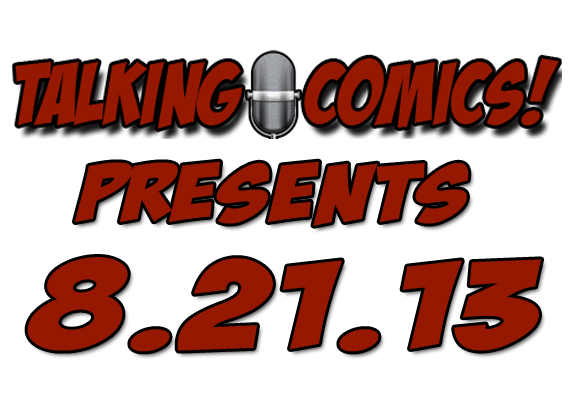 Well, enough with the who, where, what, why and how, I give to you Talking Comics Presents for the comic book releases on 8/21/13. 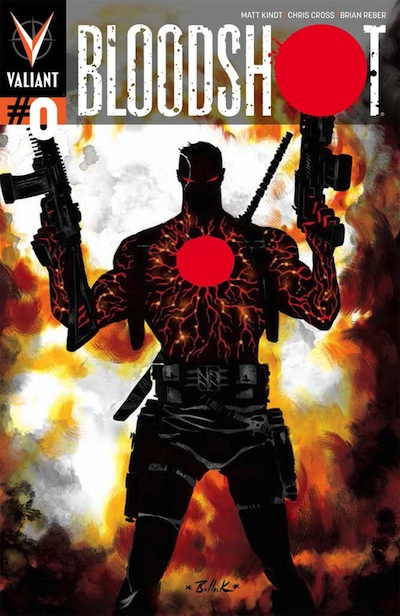 Valiant says: Discover the declassified secret history of Project Rising Spirit’s Bloodshot program and its most successful soldier – as told by superstar creator Matt Kindt (MIND MGMT, Justice League of America) and fan favorite artist ChrisCross (Superman/Batman)! From the darkest days of World War II and Korea, and through the hell of Vietnam and Afghanistan, Bloodshot’s origin leaves a bloody trail of discarded lives and forgotten families. But which memories are real? Which families? Which children? Is Bloodshot many men…or no man at all? Is he simply a soulless killing machine or something more? Who is responsible? And why have the engineered the most dangerous weapon ever conceived by man? This issue holds the answers… but also reveals that we may have been asking the wrong questions all along…

Bobby Shortle says: “Quantum and Woody marked my first time jumping on to a Valiant title and now I’m primed and ready to dive further into that universe. It doesn’t hurt that this book is written by Matt Kindt who has become a can’t miss writer over the last year.” 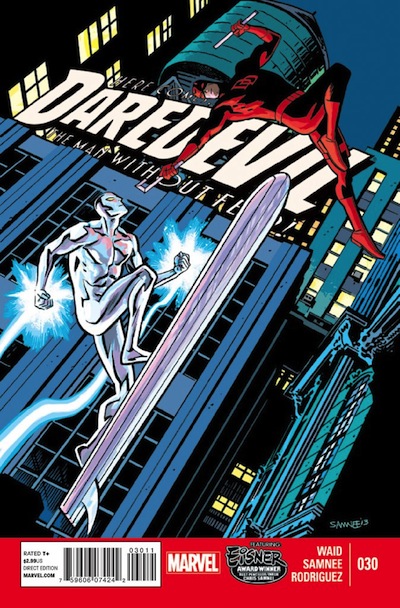 Marvel says: When soars the Silver Surfer! What weird menace unites Daredevil with the Cosmic Rider of the Spaceways? 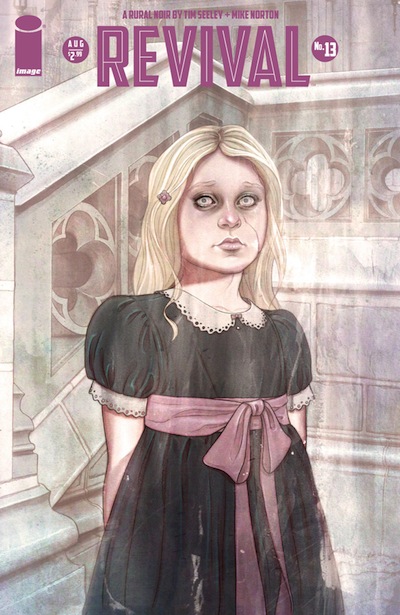 Patrick Brennan says: “Since it’s first issue, I’ve been consistently floored by Revival. Each week there always seems to be something new that makes me cringe (but in the best way possible!) and the cast of characters in this series has quickly become one that I am very much invested in. Looking forward to heading back there this week!” 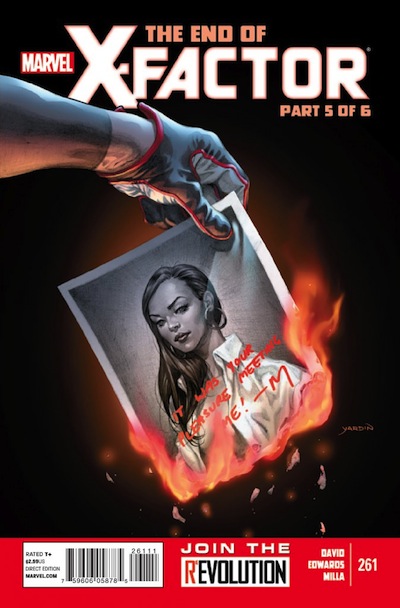 Marvel says: The End of X-Factor, Part 5 of 6. Peter David’s epic tale, decades in the telling, draws near its close. Sibling rivalry between Polaris & Quicksilver

Bob Reyer says: “Thanks, Marvel! I do so much appreciate that the ending of this wonderful series has so far stayed un-spoiled! So for all concerned, keep schtum!”

Joey Braccino says: “The penultimate issue of Peter David’s X-Factor opus. The “End of X-Factor” storyline has been hit or near-hit with its mission of wrapping up the ongoing story arcs of our favorite mutant investigators, and this week’s emphasis on Guido, Monet, and Darwin should produce some genre-bending goodness. These final issues are coming out rapidly, satisfying my X-Factor appetite, but accelerating the end. Check it!” 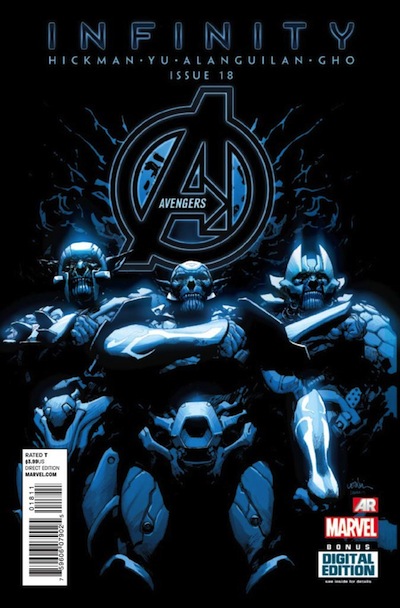 Marvel says: Deep in space, the Avengers join the Council of Worlds as they declare war on their cosmic invaders. The rebirth of the Skrull Empire. The first encounter with the Builders.

Mike Duke says: “The pieces are on the board, the opening moves have been made, and now it’s time to watch Jonathan Hickman’s intergalactic chess game commence! This is the first event in the last couple of years that I’ve been truly excited for, and now that it’s here i can’t wait to get my hands on all of it.”

Adam Shaw says: “Last week Infinity kicked off, and I reread all of Hickman’s run on Avengers so far. I’m foaming at the mouth right now, and actually feeling really pumped for this event. That is something I don’t think I can say about any other recent events.” 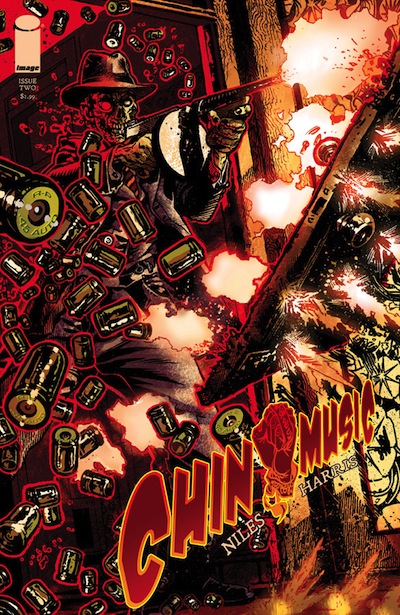 Image says: Al Capone is dead. Shot through the skull by Shaws cursed slug, the gangland legend lies dead before Eliot Ness could drag him to court of tax evasion. Shaw’s interference has uprooted history and now Ness wants it set straight. The shot also alerted Shaw’s enemies of his presence in Capone era Chicago, and they are coming for him. They took his skin last time. This time they’ll have his eternal soul.

Mike Duke says: “Issue one of this book was an unexpected hit with me when it came out in early May, but since then it’s been week after week of “I wonder what happened to ….” I’m not usually a fan of the blending of horror/occult stories with crime noir, but Chin Music works on every level. Check it out!”

Melissa Megan says:” Although I felt like Chin Music #1 had some flaws, Steve Niles never fails to pull through on a story and the artwork in this one is pretty fantastic. I’m really looking forward to the next issue of Chin Music to see this very creative story get fleshed out some more. “ 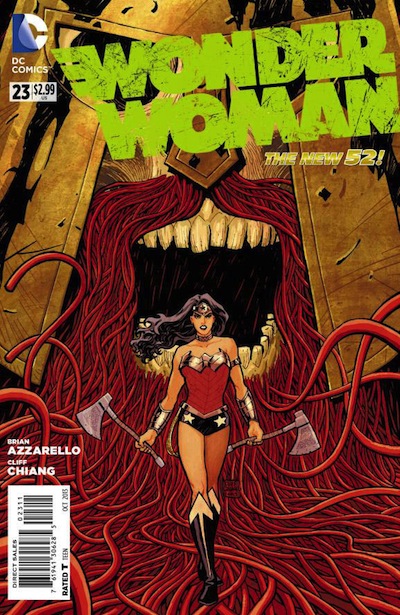 DC Comics says: Wonder Woman had no choice but to abandon London to the bloodthirsty First Born-but now it’s time to take the city back! If Diana is truly War’s greatest student, then now is the time to prove it!

Sean Lamont says: “Month in and month out, Wonder Woman continues to ramp up the machinations of the gods (both old and new).  And with the confrontation against their newest foe escalating to entirely new levels, it’s no wonder I am anxiously awaiting it to land.”

Marvel says:  INFINITY TIE-IN! • Part 1 of 2! A Spider-Woman’s eye-view as the Avengers engage the seemingly unstoppable Builder fleet! • You know, the last time Spider-Woman was involved in a big alien invasion thingie, it didn’t go so well for her. • I wonder, is Jessica Drew the kind of woman who holds a grudge?

Bob Reyer says: “I’d better get busy reading that Infinity book, huh? This title may be the only cross-over that I buy during this event, hopefully some of you fine folk can keep me up to speed?”