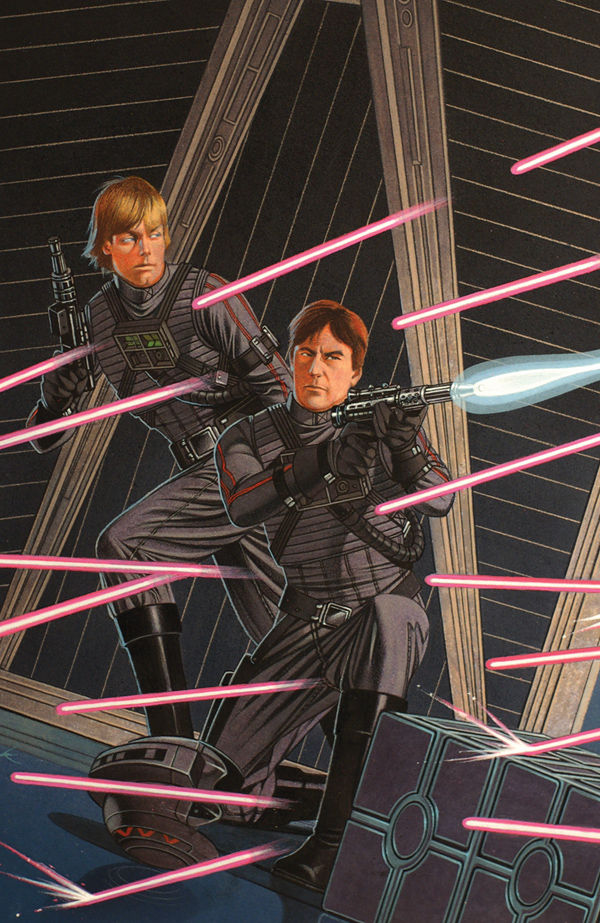 Once again, Wood’s Star Wars series continues to grab readers from the first page and keep them guessing until the final panel. With the Rebellion in search of a new home, it is up to Leia and her team to find a suitable base and plug the information leak within the ranks.

Wedge and Luke go undercover on The Devastator while Han and Chewie pull some incredible maneuvering to escape Slave I. Leia, in the meantime, encounters something very strange at Alderaan’s graveyard. On the surface, not a whole lot happens in this particular issue. However, it’s a great issue for Kelly to shine.

There is a certain amount of admiration due to Star Wars artists. Bringing to paper the starship battles we saw on screen is no easy feat. Kelly brings dynamism to the encounter between Slave I, the Millennium Falcon, and a ton of garbage never skips a beat. The likenesses of the actors are easy to discern without being caricature-like.

If you are looking for a solid comic series that delivers new tales on a classic series, look no further than Star Wars. Each issue builds upon the last, giving readers of the series the satisfaction of knowing that Wood has a definite direction for the story. The art, first by D’Anda and now Kelly, is some of the most satisfying comic book art out there. Be sure to grab the first trade of Star Wars and get hooked!