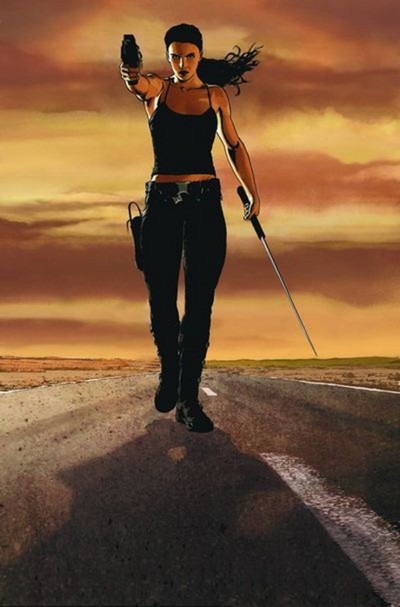 Issue one introduced an infiltration of the Carlyle family harvest site, where enemy family Morray successfully stole Carlyle seeds. As the siblings gather to report the losses to their father and decide what to do about it, Forever gets a complete physical from her sister and the complexities of this family unit begin to show themselves. It unclear yet whether Forever is a full sibling or something else, but it is clear that there are rivalries and secrets galore. Daddy Carlyle obviously favors Forever and struggles with the shortcomings of his other children.

Twins Jonah and Johanna appear to be working on their own plans to acquire power and their insubordination hasn’t escaped the eyes of their stern father. Jonah is violent and unstable. Forever has been given some secret orders to carry out for her father and as the issue closes it looks like the twins could be in trouble.

Verdict: This series has been super cool thus far. Action, suspense, characters ripe with psychological and emotional quirks and a damned interesting story. Issue #2 ends with a special gift, which I won’t give away here. You should definitely be reading Lazarus, no question.