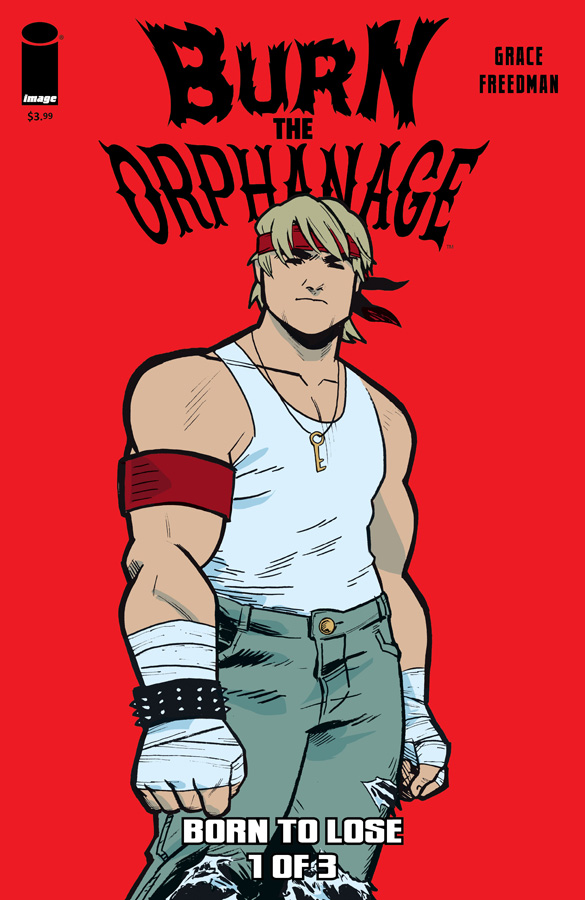 I think I get it. I mean, I’d like to think that all of the weak references and pseudo-pop-culture jokes peppered through out Burn The Orphanage are simply poorly delivered and hastily constructed and not that I’m actually missing something. The Double Dragon stylings of the main character are pretty evident. The stilted dialog and hole-ridden story harken back to the simpler times of the 8- and 16-bit side scrolling button-mashers. Millions of available thugs who fall with a single punch, topless ninja prostitutes, and big-bad guys with shoddy motives and lots of money refer to the revenge fantasies of 12-year-old boys, but all without that certain… magic.

Burn The Orphanage is missing something. A certain something. That nearly undefinable something that is the difference between The Matrix and it’s sequels, between Watchmen and Before Watchmen. Only one panel in the book betrays the true spirit that I believe the creators were trying to convey, featuring “FIGHT!” in giant letters across the panel. This feels like a missed opportunity, and I have absolutely no sense of where the rest of the Born To Lose trilogy is going to go. Issue one is very self contained, which is part of its issue, also, as the pace of the story speeds forward with little regard for its own absurdity.

Skip it. The final page of Burn The Orphanage, the piece just inside the back cover, talks about the creators and the other projects they have been associated with, all of which are–at least from reputation–better books than this. So, if you’re interested in these creators, pick up Burn The Orphanage, flip to the back cover, and check out some of their other work. Then, put this one back.