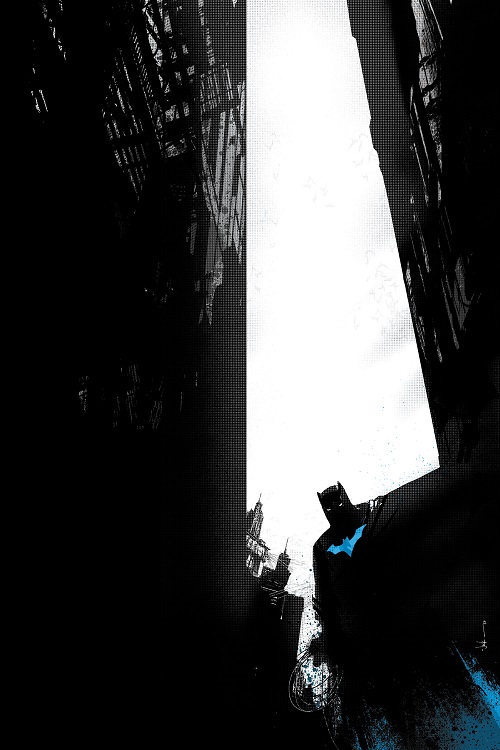 Batman Annual #2 takes a break from the current ongoing “Zero Year” story, and offers up an introspective look into Arkham Asylum. The issue focuses on Arkham’s oldest patient, Anchoress, who feels that the sanctuary the asylum once offered was destroyed when Batman started filling up the cells with the “unrepentant evil.”

The story is told through the viewpoint of orderly Eric Border. Border is new to Arkham and to Gotham. It’s on his first night that Batman checks in as a patient to test security, and Anchoress escapes to destroy Batman. She’s not evil though, and it’s through Eric that Bennett tries to get us to feel sympathy for Anchoress. Fresh from Metropolis, he holds on to the hope that everyone can be cured.

I like the themes and ideas that run through this issue, but I feel like something is missing and the execution is just slightly off. There was a lot of time spent watching Batman disable and maneuver through various security systems. Perhaps more of that time could have been used with Anchoress. I get where she is coming from, but I couldn’t fully sympathize with her. There is a lot of exposition about how she was coming along with her treatment, but after Batman appeared on the scene that all stopped. This is one of those instances, that I would have liked to have seen the change in her character, rather than being told it happened.

Craig does an excellent job with his line work, and keeps things moving. He captures some of the more emotional moments beautifully. The inks and colors are also stunning and vivid. However, some pages felt a little too bright for a gloomy story. I felt the tone of the art and the story weren’t clicking.

At five dollars, I can’t push this as a must buy. It’s not a bad comic, you get nearly 40 pages, and there are some genuinely interesting moments found throughout. The problem for me was that in 40 pages, we should have been shown a lot more than what we got. This was a story that could have easily been done in a normal sized monthly issue.