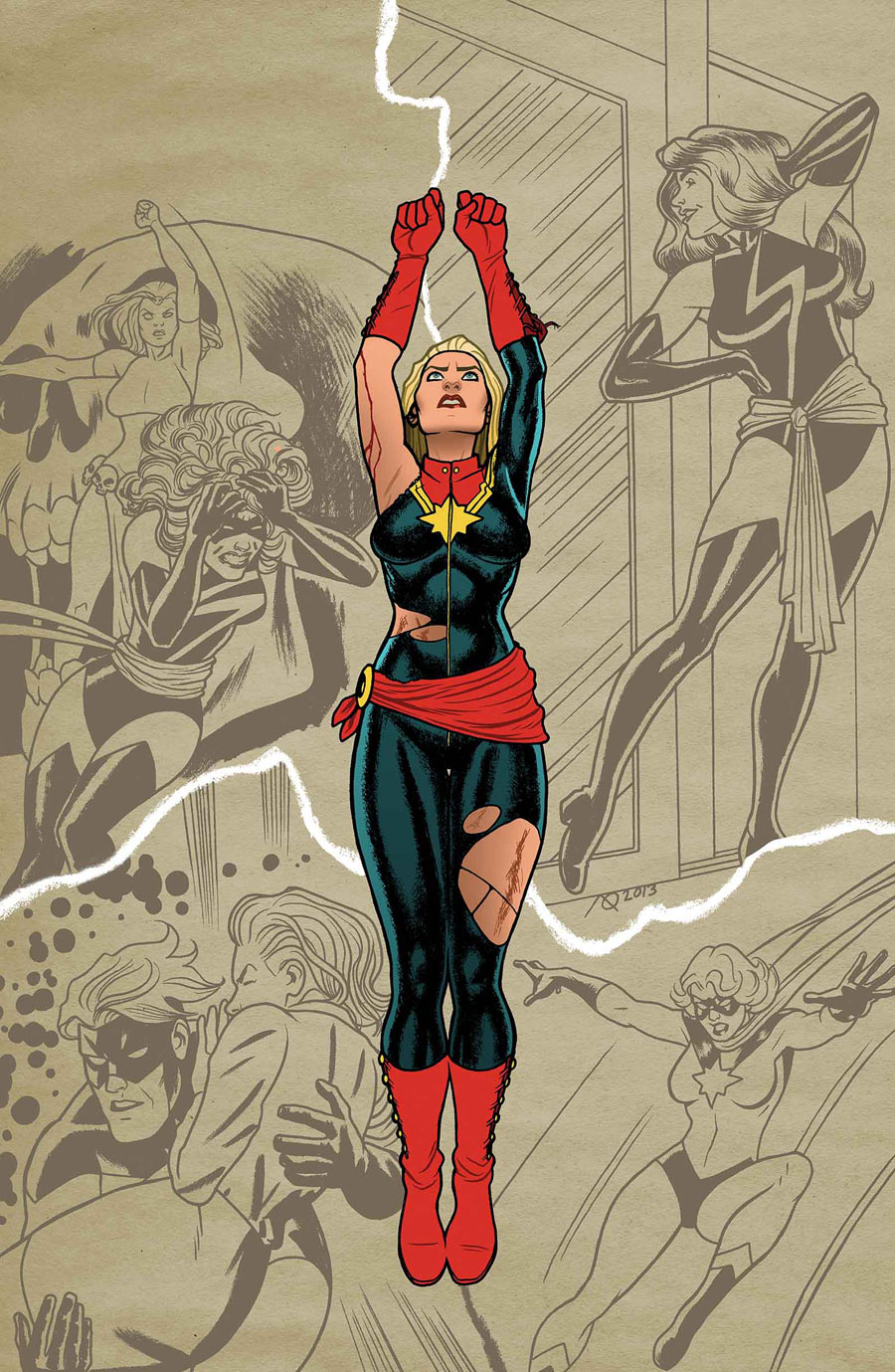 In the final installment in The Enemy Within crossover, Carol Danvers rises to the occasion and proves herself worthy of the title Captain Marvel. DeConnick’s conclusion is heartfelt, reminding readers why Captain Marvel has become the popular character fans gravitate towards.

Yon-Rogg, the Kree partially responsible for giving Carol her unique powers, returns to Earth with every intention of reestablishing Kree-Lar. Using his memories and those embedded in Carol, Yon-Rogg uses his mandroids to recreate the capital city of the Kree Empire.

Throughout The Enemy Within event, we have learned that Carol’s mind is host to not only the Psyche-Magnetron, but also Yon-Rogg. The tiny piece of him inside Carol’s mind is the source of her recent inability to fully use her powers. It has been established that if she were to fly, she would cause a brain hemorrhage.

Everything about this issue hits the mark. From DeConnick’s script to Hepburn and Sandoval’s beautiful layout, issue #14 screams action. Captain Marvel has had the privilege of hosting several different artists over its 14 issues, each one showing as much care and love for the character as the last. Hepburn and Sandoval have illustrated a wonderful story and an emotional ending.

We cannot glance over the letters page. This particular issue of Captain Marvel is dedicated to the heroes in our lives, reminding readers that heroes do exist outside of the comic books we love. I can think of no better issue to remind us why we choose our heroes than this one.

For those Carol fans out there, you’ve already picked up this issue and read it cover-to-cover. If you have always wondered why people love Carol Danvers, give this issue a try. True, you may not know everything that is going on if you haven’t read anything else from this crossover, but you will immediately get the sense of who Carol is. Or, better yet, pick up next month’s issue.