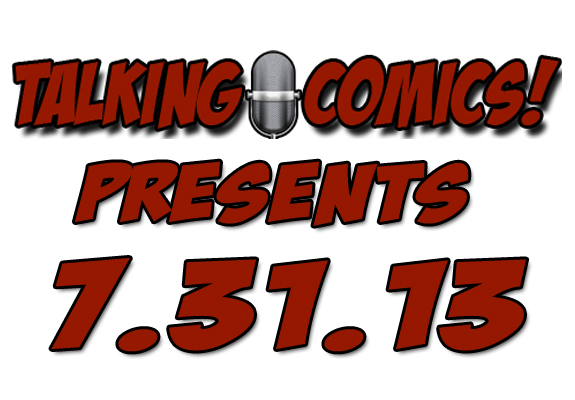 Well, enough with the who, where, what, why and how, I give to you Talking Comics Presents for the comic book releases on 7/31/13. 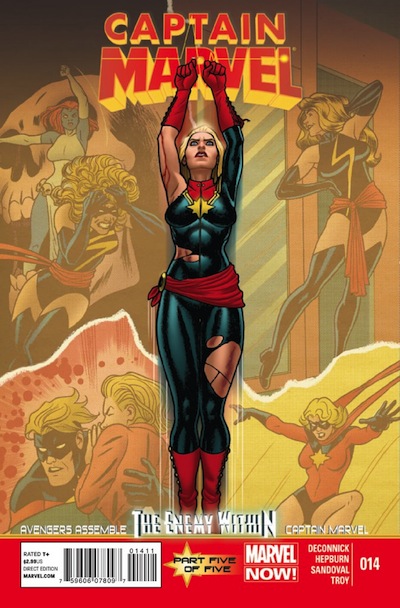 MARVEL says:  “THE ENEMY WITHIN THE CONCLUSION TO THE HARROWING FIVE-PART CAPTAIN MARVEL/AVENGERS ASSEMBLE EVENT IS HERE! CAPTAIN MARVEL WILL END MAGNITRON’S REIGN. NO MATTER WHAT IT TAKES. NO. MATTER. WHAT. IT’S A DEADLY FLIGHT TO THE FINISH! ”

Bob Reyer says: “This cross-over event by Kelly Sue Deconnick has revealed new layers to the character of Carol Danvers, which is pretty amazing, considering that Ms. DeConnick has already gifted readers with what might be the most “human” super-human in comics today! (SPOILER ALERT: Do not read the solicitations for the up-coming issues of this title, as I did! ARRGGHHH!!)”

Joey Braccino says: “Kelly Sue DeConnick’s “Enemy Within” crossover between Captain Marvel and Avengers Assemble reaches its conclusion this week. After last week’s epic Eastern seaboard battle against the Kree Sentinels, the Avengers, led by an exhausted Carol Danvers, take the fight to the mastermind behind it all. Will fatigue keep our eponymous heroine from smashing and laser-blasting the Big Bad back to space-hell? Probably not, but the drama will be high!!! “

Mara Wood says: “Ever since her solo title hit stands last year, Carol Danvers as become a fan favorite for both men and women all over again. DeConnick’s interpretation of Carol’s new role as Captain Marvel has been excellent and inspiring. In issue #14, we wrap up The Enemy Within crossover and, hopefully, learn the full extent of what is going on with Carol’s powers.” 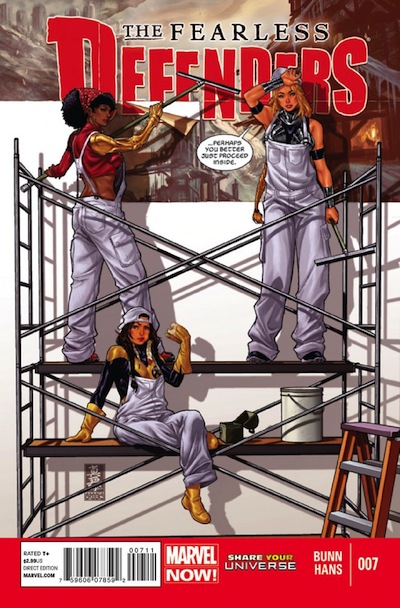 MARVEL says: “I know. You’re still upset about issue 6. But stick with us for a status quo change so big we can’t actually show you anything! • Do not judge anyone’s safety by this cover.”

Bob Reyer says: “Our omniscient narrator is correct, I am still upset about the shocking conclusion to #6. It wasn’t enough to put me off the book, but Mr. Sliney is going to have to work very hard to keep me on board, as opposed to thinking of Fearless Defenders as a six-issue mini-series, and ignoring anything that follows. I need to read and love this book, and I have faith, but it’s being tested!” 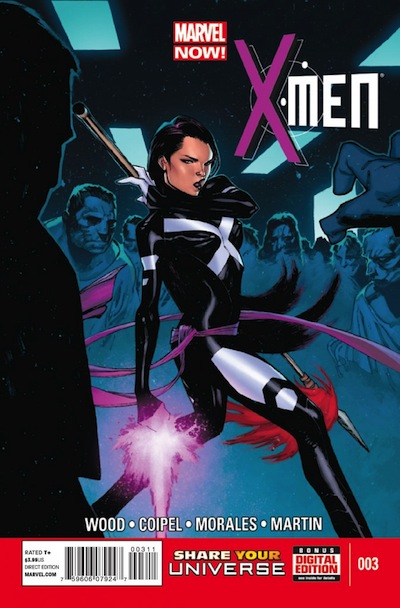 MARVEL says:  The X-Men find out what Arkea is capable of, and the phrase ‘rampaging horde’ comes to mind. Can Arkea be defeated? Can the X-Men take down one of their own, if that’s what it takes? Meanwhile, what’s up with Sublime and Rachel? What’s up with Bling and Cipher? What’s up with Jubilee and Bling?

Bob Reyer says: I’m very much enjoying the return to an X-Men universe that seems like the Claremont/Byrne classic period! I can only hope that the coming “Battle for the Atom” event doesn’t disrupt the flow of this remarkable new series by Brian Wood and Olivier Coipel.

Joey Braccino says: “Wood and Coipel’s super-hot X-book reaches the conclusion of its first arc! Will the ladies of the X-Men take down Arkea, even if she’s inhabiting the body of an ally? What role will John Sublime play in the battle, and can he be trusted? (No!) Will we see more of Jubilee’s totally adorbz baby? One can only hope!!! Check it!” 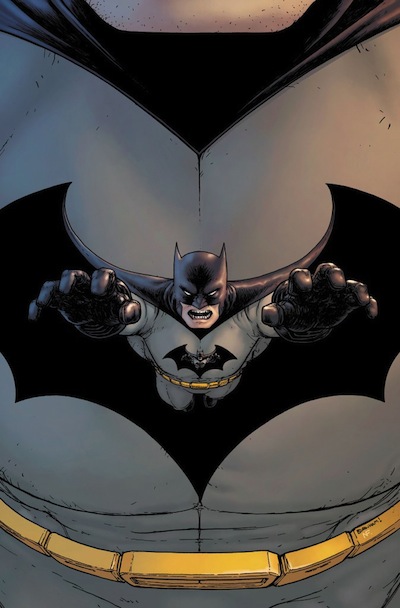 DC says: “Batman saves the world and loses everything.”

Bobby Shortle says: “Here it is, the end of Grant Morrison’s epic run. From the introduction of Damian Wayne into DC continuity, to the resurrections of the Batman of Zur-en-arrh, and Batmyte, through time travel, and the ascension of Talia Al Ghul as one of The Dark Knight’s greatest villains, Morrison’s 6 plus years on the character has continually surprised, angered and delighted fans in equal measure. Now we see how it all finishes off.  I cannot wait! 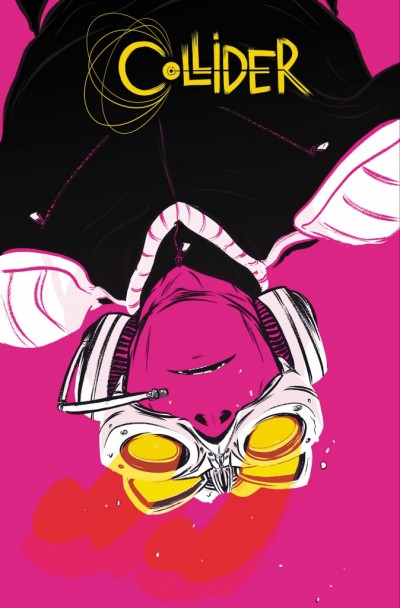 Vertigo says: “It started small: temporary gravity failures, time reversal loops, entropy reversals. With much fanfare a new government agency was formed with a mandate “to prevent and protect.” Its official title: The Federal Bureau of Physics. Humans, if nothing else, adapt to the changing parameters of their existence. What was extraordinary soon became ordinary, a part of people’s daily lives. They move on and do what people have always done: survive. But even that new status quo is now under threat. Things are getting worse, and it falls to Special Agent Adam Hardy and his FBP team to figure out what’s going on, before it’s too late…”

Bobby Shortle says: “I know next to nothing about Collider #1, except that its from Vertigo and has a sweet ass cover. Honestly, that’s enough for me as I’m in full on “support Vertigo and everything that comes out of it” mode right now. Here is hoping my faith pays off!