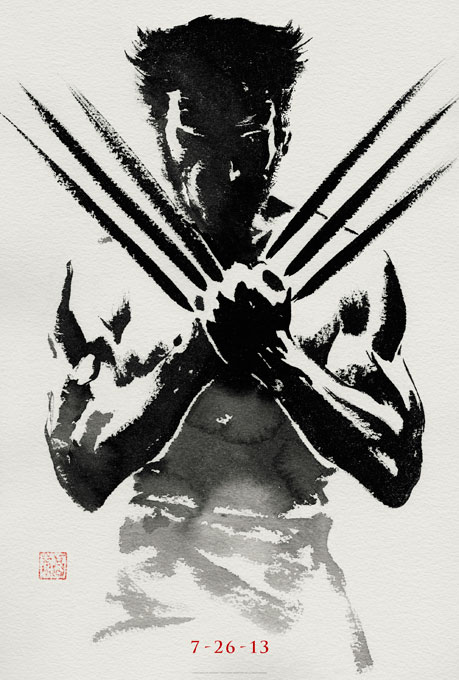 *This Review is Spoiler-Free*

When Wolverine: Origins was upon us, I was admittedly one of THOSE people who watched the leaked copy sans special effects before it even hit theaters. I’m not proud of this, but it happened and I believe I’ve grown as a person since then. However, even special effects and wires Photoshopped off of Wolverine couldn’t save that abomination of a movie.

Several years later, 20th Century Fox has brought back Hugh Jackman to salvage the character. I’ve always been pretty happy with Hugh Jackman as Wolverine, so his return to the role was definitely a non-issue for me.

When I saw the initial trailers for the film, I had absolutely zero desire to check it out. I decided that despite my lack of excitement for The Wolverine that maybe it deserved the benefit of the doubt. And since the comic book world is a world I choose to immerse myself in both for work and fun, it seemed like something I should just embrace.

I wound up enjoying it for the most part. Logan aka Wolverine is back and this time his story takes us to Japan. I was pretty pleased with Hugh Jackman’s performance once more as Wolverine, even though for part of the movie, it looked like they were using extra scenes from Les Miserables. At times the story can be a bit slow and drags, but the fight scenes are action-packed and help pop you right back into what’s going on.

Most movies these days are released in 3D and the screening I went to was presented that way, however, the movie definitely does not need to be viewed in 3D. I mostly hate films in 3D but I was recently pleasantly surprised by how much I enjoyed Pacific Rim in 3D. The Wolverine did NOT pleasantly surprise me as far as that went. The special effects are pretty awesome though and the film is not too centered around big explosions and flashy CGI. Aside from several fight scenes that are the work of clever people behind-the-scenes, it’s very much focused on the characters and what’s happening to them.

Additionally, each of the supporting cast members did a great job in each of their respective roles. Rila Fukushima plays a very interesting character called Yukio (who I thought was called Yu-Gi-Oh at first). She was a pretty central character in the film and Fukushima holds her own in the role despite only having one prior acting credit in her filmography. We already know a ton about Logan, so learning about Yukio was almost the most enjoyable part of the film.

One of my major issues with The Wolverine overall was with Mariko and Logan’s relationship. Mariko is one of Logan’s greatest loves, if not THE greatest love of his life. The Wolverine comes after the events that transpired in X-Men: The Last Stand though, so there are obviously some personal conflicts that Logan faces when trying to love again. However, that still doesn’t change the fact that Mariko is a major part of Logan’s life and the lovely Tao Okamoto does a great job of representing that character. Jackman and Okamoto have decent chemistry too, so it works. My problem lies with the way their story was written. There is no real depth to it and it feels cheap and fleeting. At no time during the movie did I feel like Logan was deeply, passionately and unconditionally in love with Mariko. The actors did their best to convey the passion the characters are supposed to feel but in the end, the writing did them no favours and truly spoiled what could’ve been a beautiful love story.

Now, I feel I should also mention that The Wolverine is not a standalone film. Without prior knowledge of the X-Men films, you might have trouble figuring out some of what’s going on. Not everything is reliant on the other films, but there is quite a bit that would aid your enjoyment of The Wolverine in the previous installments. There’s no real mention of Wolverine: Origins though, so if you haven’t seen that or are pretending that you haven’t, you’ll likely be fine.

VERDICT:
The Wolverine is the Wolverine film that we should’ve been given right off the bat and will definitely be something that X-Men fans and non-fans can enjoy.

I had minor qualms with bits and pieces of the film, but found the overall final product very true to the character and franchise. I was really worried that I was going to have to shut down the part of me that loves comics to enjoy it and just embrace it for whatever good bits there were to enjoy, but thankfully that wasn’t the case.

Oh, make sure you stay for the credits. Missing what they have in store for you there is a disservice to yourself.