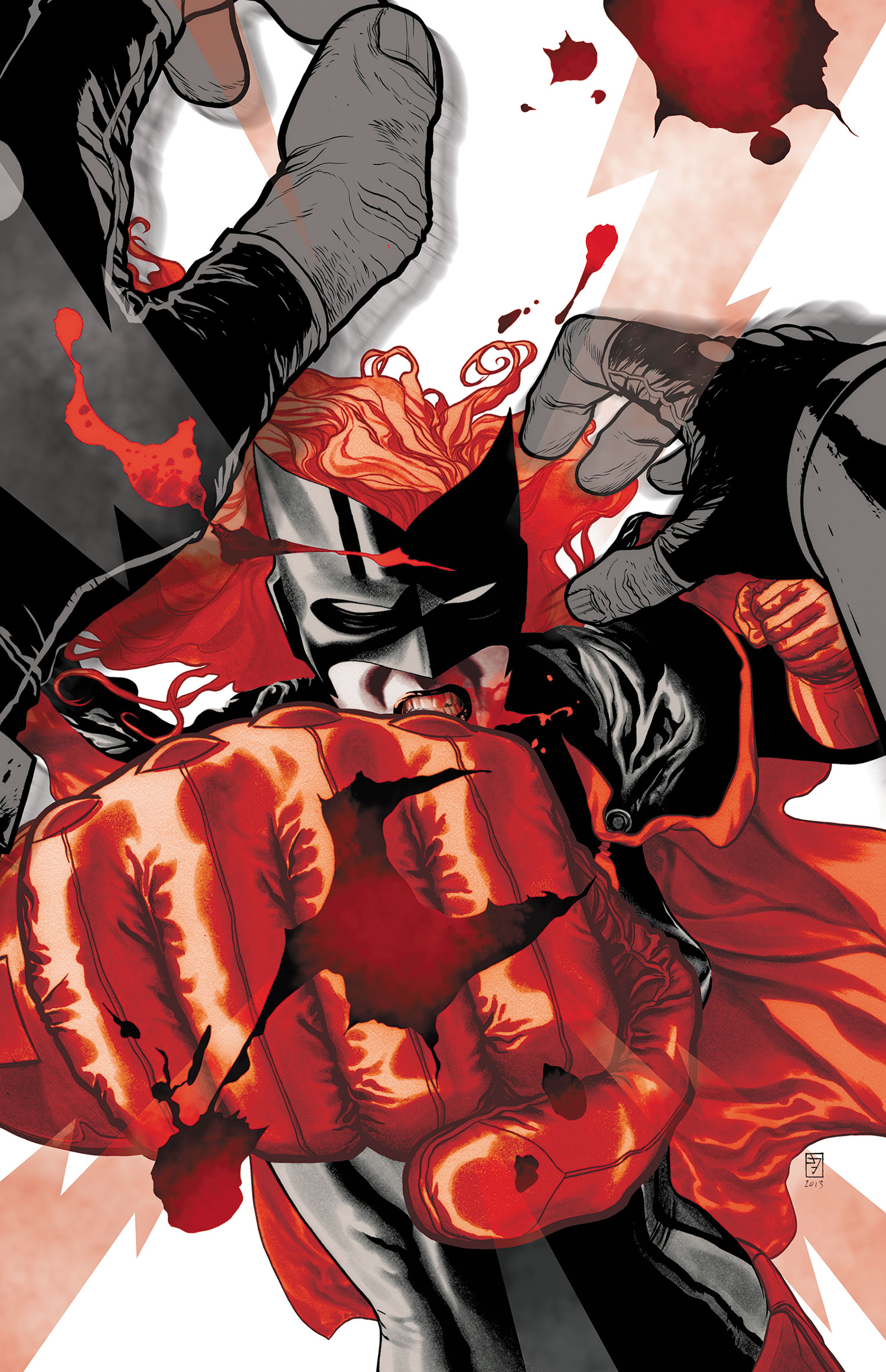 On the mission to uncover information on Batman, Batwoman and Flamebird hunt down Bane in the cold wilderness. The two women want to take down the Bat, and his villains are the ones who know him best. In a vulnerable position, Bane reveals his arrogance, a key fault that many of Batman’s villains possess. Each villain sees Batman differently, and each villain wants to take Batman down in his own way.

Bette, aka Flamebird, is still out to prove her value. After being gutted, she is determined to grow into a superhero worthy of partnering with her cousin Kate/Batwoman. Jake Kane, father of Kate, pushes Bette in simulations, testing her combats skills and reasoning. Is Bette ready to fight crime, or will the trauma she suffered hit the surface when things start going sour?

Batwoman continues to be a solid comic week after week. The story moves along a little slower than other superhero comics, but the emotional heart is strong. Bette’s recovery and drive to be the best superhero she possibly can is the heartfelt connection readers need to this comic.

While the current Batwoman arc isn’t the strongest one to date, it is still a beautiful piece of art with an interesting story. This issue features a great Bette moment, but may not be the best place for new readers to jump into.