The Bat-Family is a strange mixture of orphans, personal vendettas, and folks with a thirst for revenge. Heroes don their cowls, masks, and utility belts to spread their perma-scowl across Gotham City.

And then there’s Barbara Gordon.

Barbara has been an icon of DC Comics since 1967. It was apparent that Batman needed a female counterpart. The dark, brooding hero can only go so far before readers need a breath of fresh air. Barbara is that fresh air.

Barbara’s roll in the Bat-Family is especially noticeable in Batgirl: Year One by Scott Beatty and Chuck Dixon. Right off the bat, we see a young woman having fun. That’s not always the case with Batman-related books (take a look at Batman: Year One or Batman: Earth One). 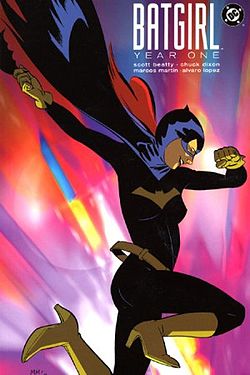 So what makes Barbara the perfect vehicle for showcasing the joy in being a superhero in Batgirl: Year One?

Other than the obvious gender difference between Barbara and Bruce, we immediately see a different take on life from Barbara.

Barbara starts off her journey in Batgirl: Year One as a daughter wanting to prove something to her stubborn father. Barbara, a genius and computer whiz, expresses interest to her father that she wants to become a detective. There is no conversation; Jim Gordon shuts her down. In his defense, he has seen first-hand the danger a Gotham City officer experiences on a regular basis. Barbara, for all he knew, was a female librarian.

Barbara, however, is not content just being Daddy’s Little Girl. In a strange twist of events, Barbara gets her first taste of vigilante justice. From there, she pushes herself to become even stronger and smarter than she already is.

What’s most striking is that Barbara knows the difference between her and Batman. In one panel, she thinks to herself, “Batman would have ended the fight three minutes ago. But he wouldn’t be having FUN.”

Introducing a fun-loving female to Gotham City changed the way we see superheroes. We learned from Barbara in Batgirl: Year One that being a superhero is not easy, but when you love your job, you’ll try harder. 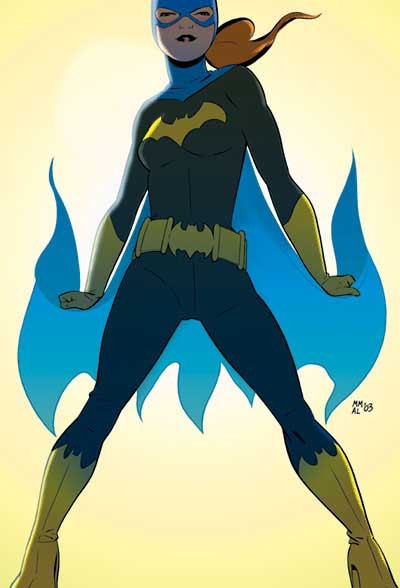 Barbara loves what she does. Batman’s job as a protector of Gotham is not coated with joy. It’s shrouded in reverence and justice. He looks at his position as a heavy burden, a responsibility he has to the people in Gotham.

Without the addition of Barbara, readers wouldn’t know a different perspective on the Bat-Family. Yes, it is tough to carry that weight. But, if you love what you do, you’ll stand head and shoulders above everyone else.