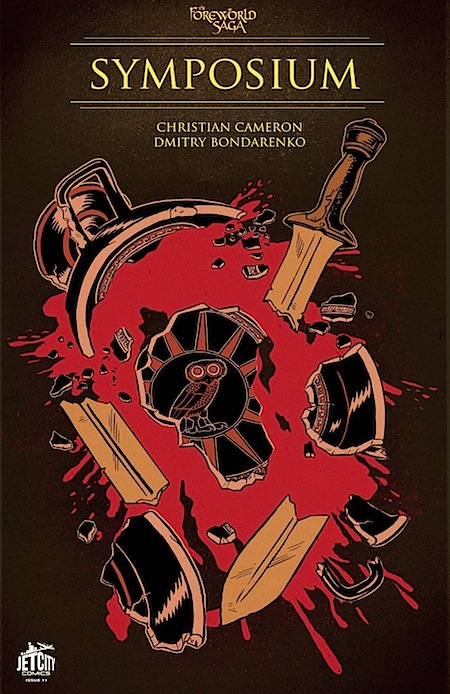 Martin’s books, an adaptation of “Meathouse Man” and “The Hedge Knight” are expected to be released toward the end of the year and Martin expressed his enthusiasm for Jet City in a recent interview:

“My fans have been clamoring for the return of Dunk & Egg ever since the graphic novels of “The Hedge Knight” and “The Sworn Sword” went out of print several years ago, so I am delighted to announce that Jet City Comics is bringing them back—newly formatted for digital readers, and in paper for those who still prefer the traditional formats. And Jet City will be bringing you something new as well: the graphic novel “Meathouse Man,” adapted from one of my strangest, darkest, and most twisted short stories by the amazingly talented Raya Golden. I’m pleased and excited to be a part of Jet City’s takeoff. May they fly high.”

Jeff Belle and Alex Carr, the VP of Amazon Publishing and Senior Editor of Jet City Comics have both expressed their joy with the imprint and hope that it continues to grow in the future:

“Comics and graphic novels, especially in digital format, represent a unique area for innovation. Our focus will be on adapting great books for this medium as a means of expanding the audience for our authors, pushing boundaries with new ideas that combine visual and narrative storytelling, and creating compelling new experiences for readers.”

“It’s a dream to work with superstar authors like George, Hugh and Neal on the launch of a new imprint. Millions of fans have read and loved their novels, and with Jet City we look forward to opening up these iconic worlds to new audiences. We’re working with an incredible, hand-picked team of comics professionals, writers, artists, and translators, who have done an amazing job developing and expanding these inventive stories. I’m looking forward to the response from comics readers and fans.”