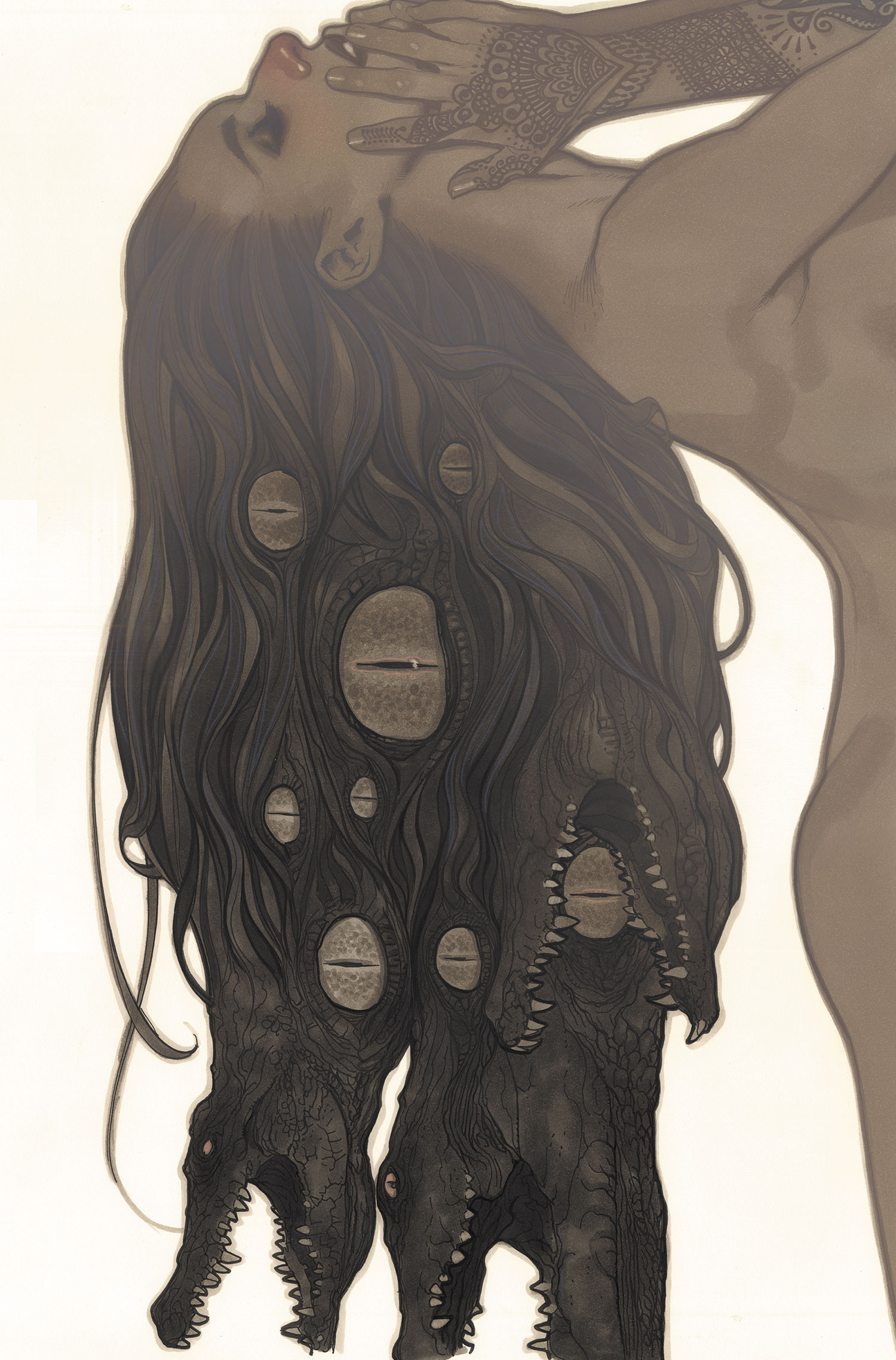 Ever wondered how Prince Charming became the Maharaja? Fairest #17 explains the Prince’s unique situation while propelling the overall story forward. In true Fables fashion, it’s never easy getting from point A to point B.

Nathoo, the Maharaja’s trusted confidant, encounters a strange affliction among the people of the camp. Shikha’s hand and arm are visibly rotting away, a symptom that showed up after being attacked by the dhole that have also been attacking Nalayani’s village. These Dhole are not entirely human, and some mystical power is backing them up.

Meanwhile, Charming and Nalayani are still recovering from their brief mission hunting the dhole. Nalayani is stuck in quicksand, and Charming must battle a giant crocodile. This battle must be one of the most dangerous things Charming has done to woo a woman, especially since the creature is more than twice his size.

By the end of the issue, we see what happens to those bitten by the dhole. The end does not bode well for Charming and Nalayani, especially since these strange dogs attacked them as well. Knowing Charming, he’s got something up his sleeve to get them out of this mess.

While issue 17 may not be the best place to jump in, Fairest is certainly one of the most engaging and beautiful stories being told today. In seventeen issues, we’ve covered a variety of characters and places, from ancient Japan to rural India. If you are interested in this series at all, I highly encourage you to check out some of the published volumes and look for a place to jump in with this comic book.