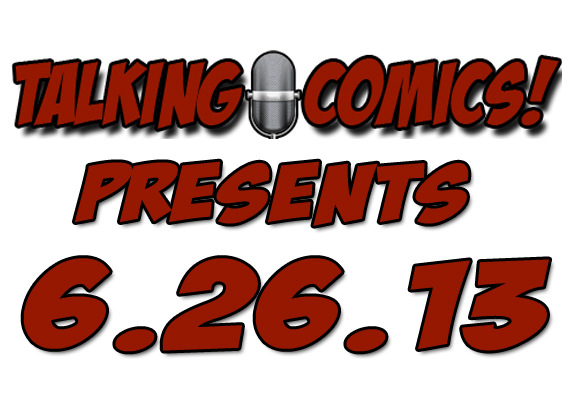 Don’t forget to check out our Podcast on Why Comic Books are awesome, our new Shop Talk video series, Mara Wood’s new Gender Issues and of course the reviews from our amazing contributors.

Well, enough with the who, where, what, why and how, I give to you Talking Comics Presents for the comic book releases on 6/26/13. 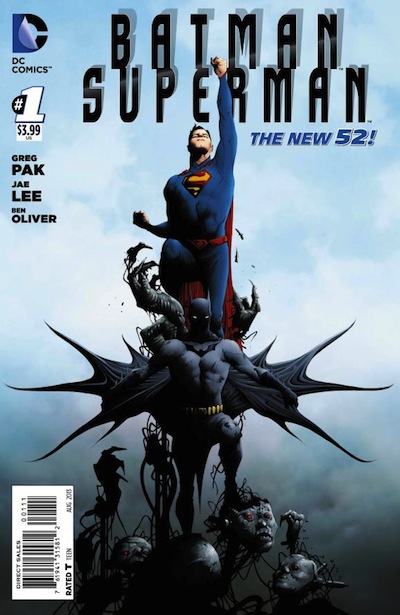 DC Comics says: “A new epic begins with the debut of this new, ongoing series! Don’t miss the first fateful meeting of Batman and Superman in The New 52!”

Adam Shaw says: “Batman/Superman #1: The relationship between these two characters has always been one that has fascinated me since I was a child. I’m excited to see what adventures await the world’s finest superhero duo.”

Bobby Shortle says: “We’ve been waiting almsot two years to find out what the beginnings of the New 52 timeline really look like and I feel like Batman Superman could finally be that book. “ 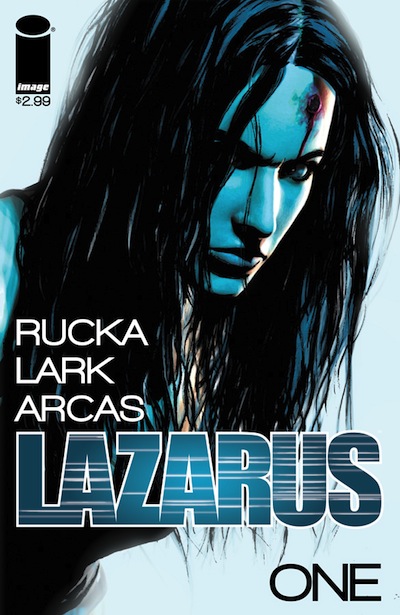 Image Comics says: “In a dystopian near-future, government is a quaint concept, resources are coveted, and possession is 100% of the law. A handful of Families rule, jealously guarding what they have and exploiting the Waste who struggle to survive in their domains. Forever Carlyle defends her family’s holdings through deception and force as their protector, their Lazarus. Shot dead defending the family home, Forever’s day goes downhill from there….”

Bobby Shortle says: “Greg Rucka is back to once again bring the pain! His Punisher run ended much to soon, but this series promises a sci fi premise, an intriguing murder mystery and a kick ass female lead. Count me in!” 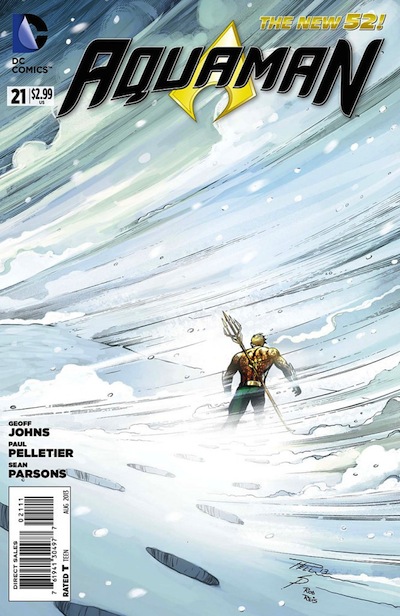 DC Comics says: “DEATH OF A KING CONTINUES as Aquaman uncovers a shocking secret—and a potential ally—that could change everything Arthur’s ever known about the Seven Seas! Meanwhile, the armies of the Dead King continue to amass as turmoil within Atlantis mounts threatening Arthur’s leadership. Plus, whose side are Murk, Tula and Swatt on? Arthur’s…or Orm’s?”

Sean Lamont says: “Aquaman #21 ekes out a close one for me this week.  With a plethora of story threads spinning out of the Throne of Atlantis crossover and last month’s sidebar issue toying with my impatience, this chapter has me quite excited to see where this title is going to end up. “ 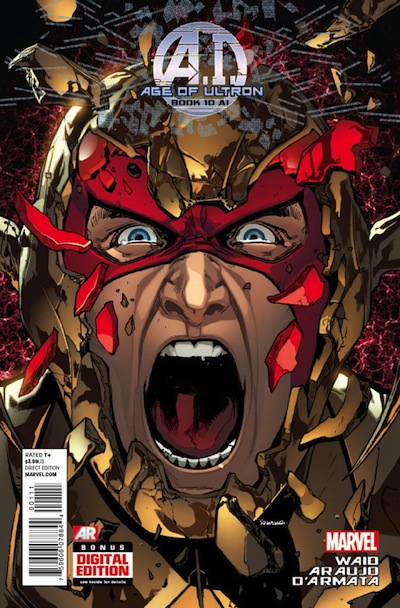 Marvel says: ” One of Marvel’s most classic characters, Hank Pym, stands at the crossroads! Faced with a dilemma only he can solve, Pym gambles his past and his future! Some men are beyond redemption! By story’s end, Hank Pym will have an entirely new role in the Marvel Universe!”

Bobby Shortle says: “I, like most of us, am feeling a bit of Ultron fatigue, but this final issue comes from the mind of the great Mark Waid. It also promises a look at Henry Pym one of my favorite, but criminally underserved characters. 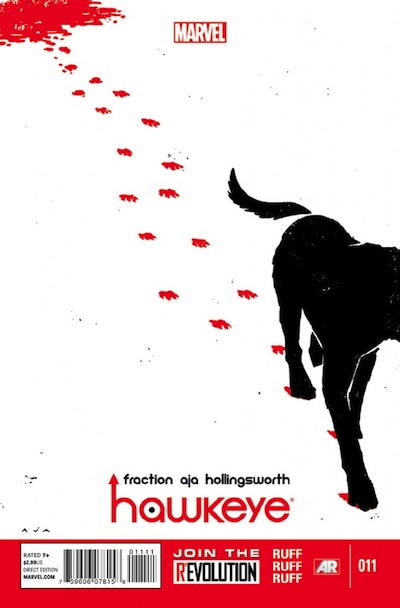 Marvel says:  “THE breakout character of 2012. . . becomes the breakout character of 2013. . . as PIZZA DOG gets his own issue. Literally. . . the entire issue. . . it’s all from the dog’s point-of-view. Pizza Dog gets hired to solve a crime — the grizzly murder that shocked Team Hawkguy — and the only thing more shocking than THAT. . . is what happens the end of THIS. Seriously. This is not a joke! Even the coloring. Dog issue. We’re all gettin’ fired. PLEASE READ. . . ‘Pizza is my Business’ . . .before it’s too late for us.” 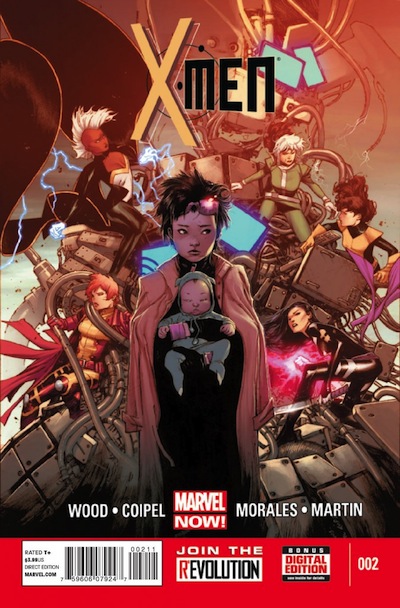 Marvel says: “The school is on lockdown…but if the bad guys can’t get out, neither can the X-Men! John Sublime is back, but is one of the X-Men’s scariest villains not who we should be afraid of? Who or what is Arkea?”

Joey Braccino says: “Now that the stars are out of my eyes after last month’s fantastic debut issue, I’m pumped to really get into the story with Brian Wood and Olivier Coipel’s all-female, all-awesome X-Menrelaunch!!! And damn that baby is adorable.” 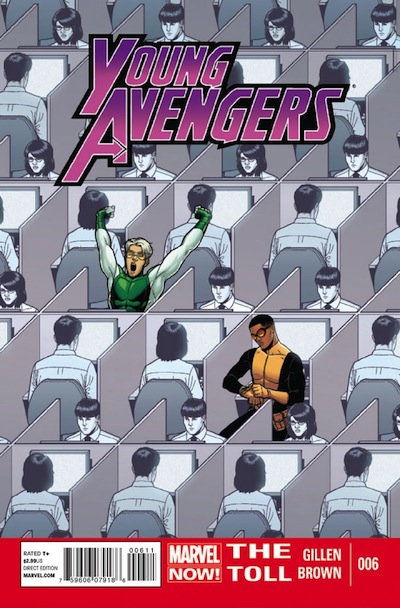 Marvel says: “Ever wonder what the super hero equivalent of a terrible soul-sucking talent-wasting temp job is? You haven’t? Oh go on. Actually, don’t. We’ve done it for you and written a story about it. This one. Wonder what Tommy (aka Speed) has been up to? Discover herein. Wonder why mutant David Alleyne (aka Prodigy) hasn’t been even in the background in any one of the eight thousand X-books? Discover that herein too. Existential horror turns cosmic horror as something emerges from the shadows of the past. It seems the Young Avengers have yet one more thing to worry about.”

Joey Braccino says: “Prodigy and Speed star in Young Avengers: The Curse of the Swingline! Hop on for a new arc in Kieron Gillen and Jamie McKelvie’s break-out, post-modern superheroic comic!!!” 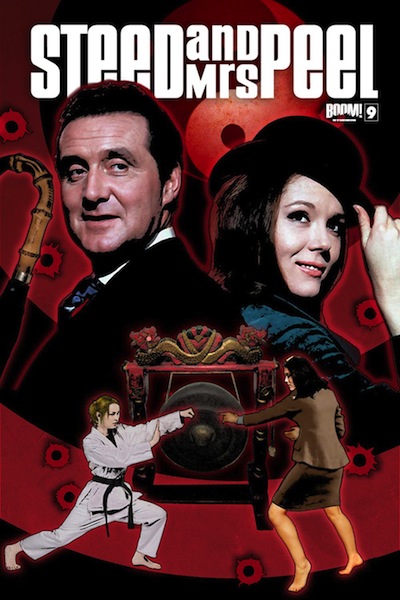 BOOM! says: “The return of the monster! John Cartney thought his children were the key to finally finishing off John Steed and Emma Peel – but they failed. So, since blood didn’t work, he’s turning to cold, hard steel� Evil levels up as this all-new STEED & MRS. PEEL story begins!”

Bob Reyer says: “In a fun surprise, Caleb Monroe has all the plot threads of the previous issues  starting to be interwoven as part of The Hellfire Club’s scheme for revenge, and in using the Cybernauts, he has brought one of The Avengers‘ most memorable TV adversaries to comics! I can hardly wait to see Yasmin Liang’s take on those mechanized menaces!” 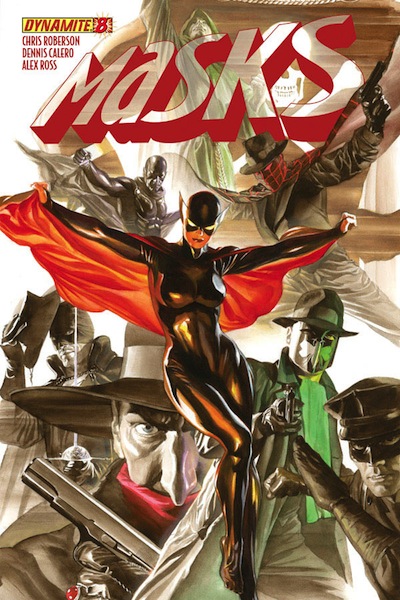 DYNAMITE says: “Our heroes have finally come face to face with the power behind the Justice Party, and the identity of the mysterious master has been revealed. But now that they’ve learned the full extent of the Justice Party’s plans, is it too late to stop them? And who will be left to serve true justice when the law itself is unjust?”

Bob Reyer says: “Chris Roberson and Dennis Calero have made the past live again with this masterful tale of a pulp magazine/radio hero “Justice League”!  I’m only sorry that it’s coming to a close with this issue…and that Mr. Roberson & Mr. Calero didn’t pull double duty as the creative team on Dynamite’s awful Miss Fury!”