“Round 1! FIGHT! Boy oh boy does this cover bring back memories! Words cannot describe how much I wish that this were a menu to a real fighting game.” – Steve Seigh

“This series has had some of the most inventive covers I’ve ever seen, but #5 may just take the cake. Its a big nostalgia play, but I’m a big sucker for the Street Fighter aesthetic.” – Bobby Shortle

“Fearless Defenders has become one of my favorites, and not to slight Cullen Bunn or Will Sliney, but the Mark Brooks covers on Fearless Defenders have been worth the price of admission all on their own! Amazingly, the bizarre images on these covers are somewhat representative of action within the books themselves! (As I’m averse to buying variants, I’m hoping that the TPB of this title includes the extra covers, including the Amanda Conner one seen below! What an imposing line-up of powerful women; Thundra and She-Hulk on the same cover—wow!)” – Bob Reyer

“ The perfect blend of comics and video games. I love every cover this series has put out! ” – Mara Whiteside “I love the astral/ethereal presence of this cover. The colors are beautiful and give it a real dream-like quality. To put it simply – it’s gorgeous.” – Steve Seigh “I think Bobby said it best when it looked like Nico was fighting Master Hand from the Smash Brothers series. Ha ha ha! I love that it reminds us of those good times and the colors aren’t half bad either.” – Steve Seigh “Oh my! Who is the lovely dragon lady that adorns this cover? I can’t wait to open this book to find out!” – Steve Seigh

“I really like the simplicity of some of these Superior Spider-man covers – this one in particular. This series has been a none stop thrill ride since issue #1 and this 11th is no different.” – Steve Seigh “From the logo, to the coloring and even the “Explosive Finale” tag this cover just screams style.” – Bobby Shortle

Trinity of Sin: The Phantom Stranger #9 “Do I even need to say anything about this cover? The perfect combination of sick and beautiful all at the same time!” – Bobby Shortle “I would pay to see Amanda Conner draw the phone book! (That can’t be right, can it?) Anyway, the emotions captured on our heroes’ faces is typical of Ms. Conner’s artistry, which has continued to grow through the years. (It’s very cool seeing Ms. Simone go with the Martha Reeves and the Vandellas song lyric for the cover copy, too!)” – Bob Reyer “Our struggling yet game super-heroine battling animal-armored super-robots named Brass Monkey, Cyberian Tiger and Terrorpin, not to mention Emp in a hoodie!! What’s not to love, right?” – Bob Reyer “One word: Fire! Things are definitely going to heat up as Captain Steel enters the fire pits.” – Tali Adina 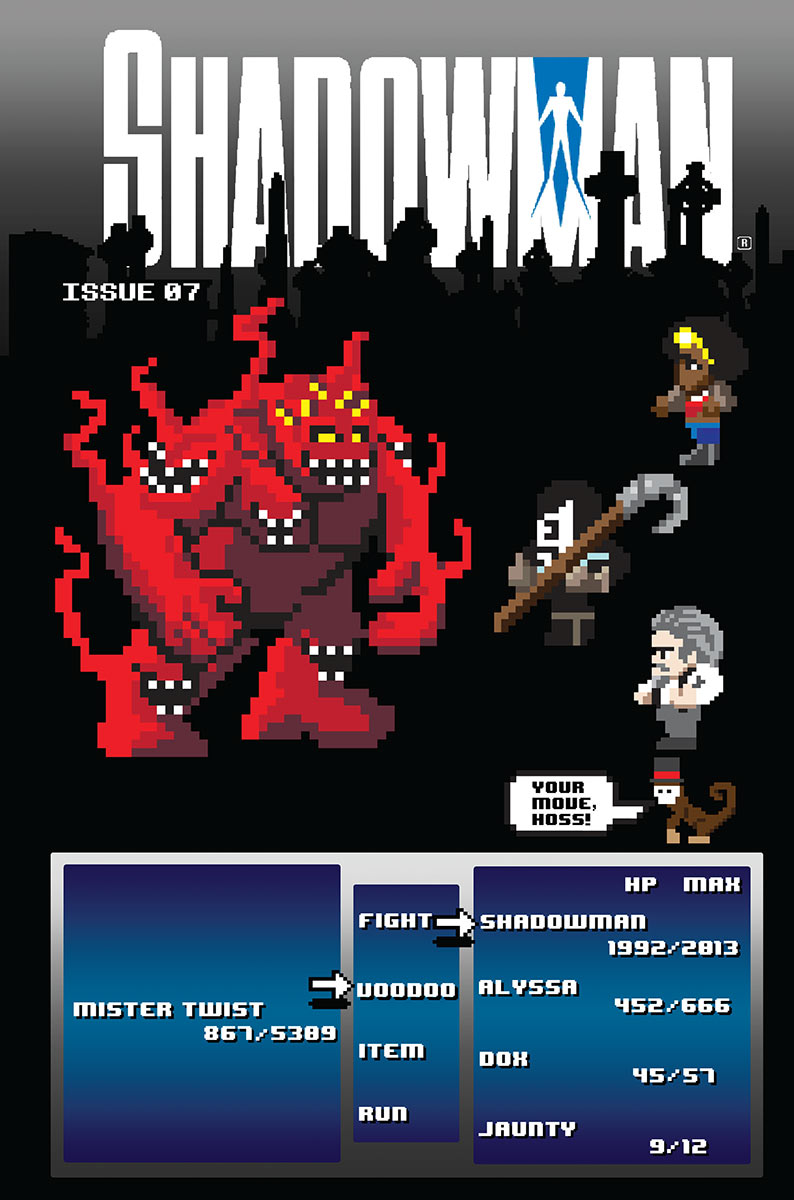 “I’m a sucker for pixel art, and this cover reminds me of the RPGs I played as a kid. Our own Steve Seigh worked on a Shadowman game in the past, so let’s hope this doesn’t stir up any frightful memories for him. Then again, this is supposed to be a creepier series looking at the occult, so any chills it gives to Steve would be mission accomplished.” – Adam Shaw