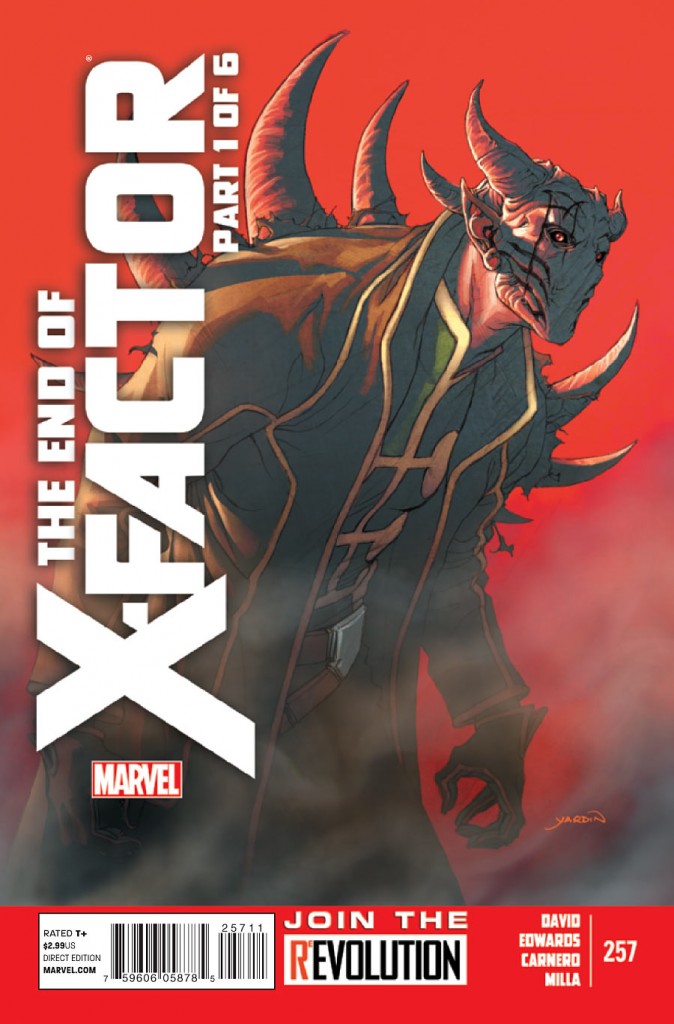 The X-Factor Investigations team is scattered and broken following the devastating events of the Hell on Earth War. This week’s issue doubles as both the first issue set in the aftermath of the war against the six Hell lords as well as the first part of the six-part final story arc of Peter David’s X-Factor. Yes, it’s true; David’s 100+ issue-long tenure on X-Factor will be coming to an end this September, and issue #257 kicks off the final chapter with a self-contained story featuring Layla Miller and demonified Jamie Madrox in Morocco.

Sound crazy? Which part? The Madrox/Miller in Morocco part? Or the X-Factor ending part?

I know, it hurts.

But thankfully, we still get six more issues, and if today’s issue is any indication, Peter David will be going back to basics with this final story arc.

For the last 2 or 3 years of X-Factor, David has relied on a fairly successful mode of storytelling in which he first delivers a series of self-contained issues focusing on the individual members of his cast before weaving all of the disparate stories together in one big event issue. After today’s adventure, in which Layla searches for the missing Jamie in the underbelly of Marakkesh while evading terrorists and demons from the Islamic version of Hell, it would seem that David is going back to the well for these last issues. And that’s fantastic, because it means that readers new and old can jump on at any point over the next few months to at least partake in the wonder that is X-Factor’s genre-bending, character-driven comics storytelling.

Despite splitting artwork duties, Neil Edwards and Carmen Carnero deliver a very consistent visual aesthetic across the book. In fact, Edwards and Carnero’s linework is similar to Leonard Kirk’s, thereby maintaining a visual mood that carries over well from “Hell on Earth War.” Given the narrative of this issue—demons, hellfire and brimstone, explosions—the similar style is a welcome holdover.

Yes. X-Factor is ending in six short issues! What other reason could I possible give you to start reading now before you miss out!!! Peter David’s character-driven narrative is barreling toward its conclusion, but he still holds on to one of X-Factor’s defining characteristics: reader accessibility. Jump on now and enjoy the ride til the end!