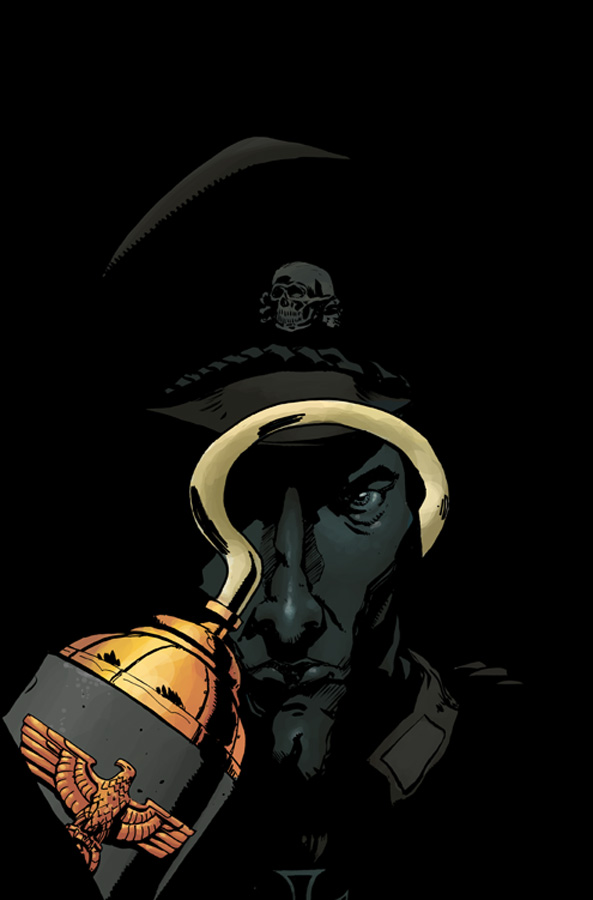 Weibe’s tale of Peter Pan set during World War II continues in this stellar second volume from Image Comics. Peter’s tale of daring adventures is continued through the eyes of the Lost Boys, and Julien recounts the epic this time.

War can be an emotional time for everyone, and World War II was no exception. The story takes place in France, and country perceived by many to be weak and apathetic when it comes to fighting. Through Julien, we see the resiliency of the French people during this tumultuous time. He rejects the notion that the French are weak, and the part of the story he tells to Mr. Parsons is a fantastic example of individuals who won’t stand down.

Julien masterminds a plan to save Felix from Nazi clutches. With some traitorous behavior, seamless blending, and a clever plan, Julien and Peter infiltrate a Nazi party. There is one problem: a “delicate flower” of a woman is there to save her father. Peter, the Lost Boys, and Wendy end up teaming up with a French resistance group led by Sacha. However, Felix is still missing.

Volume two of Peter Panzerfaust also gives Wendy Darling some panel time. In Julien’s words to Mr. Parsons, “She was a unique young woman. Delicate and tender, but there was this…ferocity that was hidden inside her compassion. She would give her life for those she loved.” Not satisfied on the sidelines, Wendy devises a plan to use her charms to locate Felix. Felix is on his way to work camp, prompting a dangerous train heist. This is just the sort of rescue mission that Peter loves.

No Peter Pan retelling is complete without Captain Hook. In Weibe’s tale, Kapitan Haken plays that role splendidly. He’s out to end Peter, the man that took his hand. Haken is a true military man, not one to immediately kill his enemy. He captures Peter to drain information from him about his actions in France. It is in this exchange that we start to doubt Peter’s motives for participating in this war. Even with knowledge of Peter Pan and his personality, Peter Panzerfaust is no child who refuses to grow up.

There’s something magical at work in Peter Panzerfaust. Make no mistake, this is not a series you want to miss out on reading. Volume I and II are available, and a TV series is in the works.