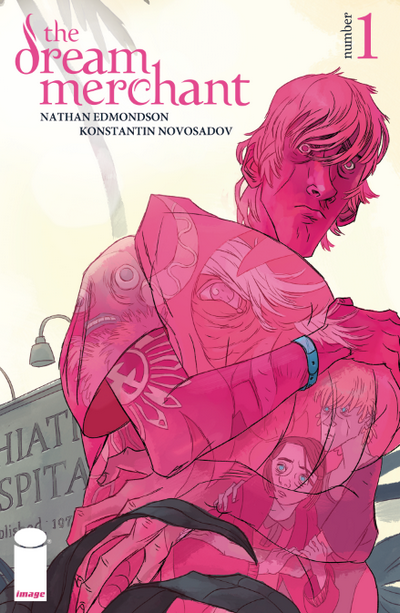 Winslow has had a tough life with adoptive parents who never seemed to want him. He’s been plagued since childhood with a recurring dream and as he got older, an inability to separate dreaming from waking. He fell in to depression, always half asleep, and after seeing multiple doctors with no resolution, has been left in a mental institution to exist alone with his dreams. Winslow has two friends, Ziggy, a schizophrenic, and Anne the lunch lady. Anne tries to help him by bringing him books about dream deciphering.

One afternoon a new doctor in the institution tries hypnotism to uncover some explanation for Winslow’s recurring dream and for the first time ever Winslow sees someone else in his dream. They also see Winslow. He doesn’t know who they are, but he knows he must get away. When the ominous figures from his dream come to get him when he’s awake, things get real scary. He’s forced to run and meets a mysterious ally who seems to have the power to save him.

There are many things I enjoyed about The Dream Merchant, not least of which is it’s extra long length for a first issue. Too often the intro of a story doesn’t offer enough to make a real assessment of plot or quality and I’m left feeling unsure of whether I want to read the next one. The Dream Merchant #1 lays out the story clearly, gives a great insight to the main character and quickly gets the action started. Newcomer artist Novosadov does a great job creating the waking dream state of Winslow’s world. The graphics are pretty, colorful and expressive.

Verdict: Buy it. I found The Dream Merchant fun and spooky in a very honest way, if that makes sense. It’s endearing and sad, but promises lots of adventure to come. If you want something with a fantasy feel and a thought invoking story, this is a good book to jump on.