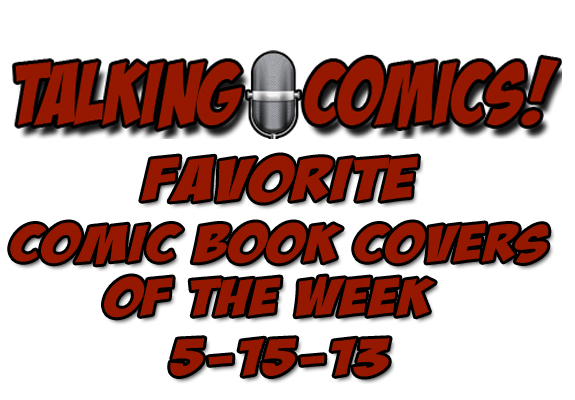 “There’s something very Adam and Eve about this cover, no? I love the depiction of the two innocents about to be accosted by the shadowy arms of sin. I’m especially digging on the colors and painterly way each of them is presented; it’s all quite beautiful.” – Steve Seigh “Please see Joey Braccino’s thoughts below as I most definitely would echo them. For me, this is just a straight up powerful image for the final issue of a major event in this long running series. I’ve been holding off on reading X-Factor until the end of this event and now cannot wait to dig into it.” – Steve Seigh

“Talk about a metaphorically-charged cover! The religious imagery aside, it’s the background of David Yardin’s cover to the X-Factor “Hell on Earth” finale that I find the most stunning. Yes, Monet sprawled out Christ-like in the center–suggesting a larger sacrificial/martyrdom theme to the story line–is a powerful image, but Yardin manages to convey the shock of each team member in a minimalistic red-and-white spiral outwards. It’s a unique lay-out and an astounding use of color. Great cover for a great comic!!!” – Joey Braccino “Damn! I’m into this redesign for The Ventriloquist something fierce. Who knew the redesign would be so horrific and creepy! Also, am I the only person who’s reminded of that Horror movie Dead Silence when looking at this cover?” – Steve Seigh

“Jeez, Barbara seems to get herself into more trouble, doesn’t she? I’m unfamiliar with this new Ventriliquist, but she seems a charmer!” – Bob Reyer “Stark. Simple. Determined. I like the look of conviction on Snow’s face quite a bit on this cover, it’s good stuff.” – Steve Seigh

“There’s just something so sad about Snow on the cover ready to take down the Prince. She knows that his well-being is linked to hers, and she could be walking into a death trap.” – Mara Whiteside

It Girl and the Atomics #10 “It’s It Girl. It’s Allred. Do you really need any other reasons? I didn’t think so.” – Steve Seigh

Fables #129
Story by Bill Willingham
Art by Mark Buckingham, Steve Leialoha, & Andrew Pepoy
Colors by Lee Loughridge
Letters by Todd Klein
Cover by Joao Ruas
“I usually only choose only one cover, but this trio of pieces stood out to me as a group. All three of these covers share a painterly, detailed style that somehow manages to feel real, while still giving a distinct sense of the otherworldly and mystical.” – Bobby Shortle 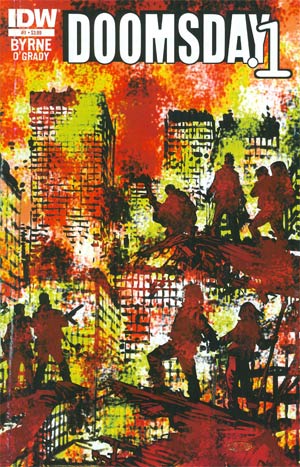 “This cover reminds me of the 1962 British science fiction film “The Day the Earth Caught Fire” (which if you haven’t seen, you must!). You can almost feel the heat rising off the page!” – Bob Reyer “The stand-in Fantastic Four was in a spot of bother at the end of last issue, with the Baxter Building having been thrust into the Negative Zone, and somehow things seem to be even worse for the crew, based on this cover by the amazing Michael Allred!” – Bob Reyer “I’m going with Fatale #14 this week. I haven’t even gotten to read this series yet (don’t worry, I will!), but this cover looks pretty rad with the billy gun equipped woman and Cthulhu-style monster.”  – Melissa Megan This list was compiled while listening to the album We Are the 21st Century Ambassadors of Peace & Magic by the band Foxygen.