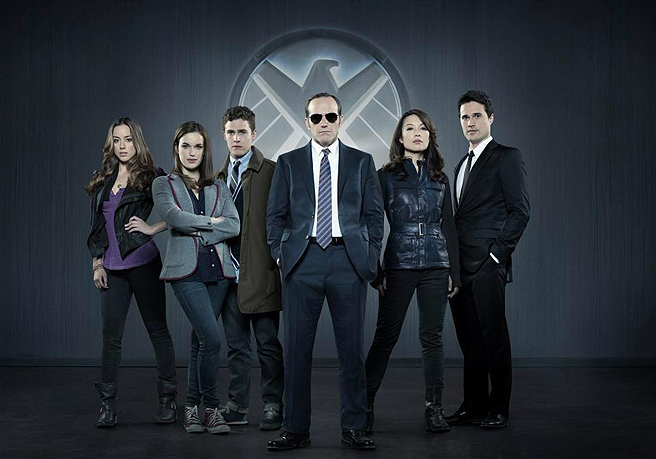 Last Friday the announcement came that “Agents of S.H.I.E.L.D,” a show revolving around Field Agent Phil Coulson and his team of S.H.I.E.L.D operatives dealing with cases in the Marvel Universe, was being picked up to series and will air Tuesdays at 8PM E/P this fall.

The show, developed by Joss Whedon, Jed Whedon and Maurissa Tanchareon (Dollhouse, Firefly, The Avengers) has been rumored for some time, even getting teased during last year’s New York Comic Con, but pilots can sometimes fall through due to time and budget constraints so nothing was ever guaranteed until now (just look at Wonder Woman for a good example).

Besides Clark Gregg’s Phil Coulson, who’s acting as the leader of the operation, the S.H.I.E.L.D. team consists of a pilot (Ming-Na Wen), a soldier (Brett Dalton), a hacker (Chloe Bennet), a weapons expert (Iain De Caestecker) and a scientist (Elizabeth Henstridge), each of whom bring their own unique set of skills to the table.

While people waited for the trailer to arrive during the ABC Upfronts (which took place earlier this week), Marvel launched a viral campaign known as Rising Tide. Rising Tide is a pseudo-conspiracy theory blog dedicated to outing S.H.I.E.L.D and proving that people with superpowers are real and pose a threat to regular members of society.  Releasing seven to ten second clips featuring distorted imagery from the Phase 1 Marvel films, it will be interesting to see how or if Rising Tide will play a part in the upcoming television show.

Also a noticeable talking point that some people gleaned from the original teaser trailer (below is the official 3 minute one) is that Marvel heroes may be making an appearance in the series in some form or another. This idea came from J. August Richards character resembling (and acting like) Luke Cage aka Power Man. Whether or not that’s who he is will just have to be seen come this Fall, but it does open the door for some interesting discussions as to who fans might want to see get the television/movie treatment.

You can watch the first official trailer for the show here:

What are your thoughts on Agents of S.H.I.E.L.D? Are you planning on watching it? Are there any characters from the Marvel Universe you’d love to see make an appearance? Leave your thoughts in the comments below.