Hello boys, girls, ladies, and gents, and welcome to the second issue of For the Kids! here at Talking Comics. It’s been awhile since we took some time to take a look at some comic books that all the younger comic readers can enjoy.

We took a look at a lot of books last time, so if you missed it, then check it out here.

Before we jump in to my picks this time around, today is Free Comic Book Day, so hop down to your local store and see what they have to offer. Depending on the store you might find some sales going on as well. Some free kids comics to be on the lookout for are: Molly Danger/Princeless; Mouseguard; Mega Man; Atomic Robo; Mr. Puzzle; DC Nation Super Sampler; Hulk and the Agents of SMASH; Disney Faires; and many many more.

This time around I want to focus on four series that caught my eye these past few months. 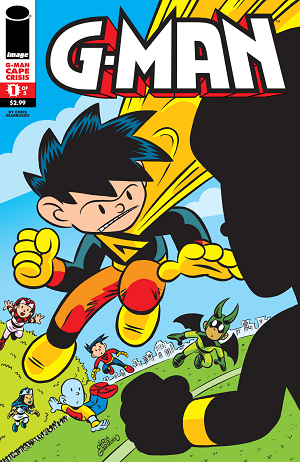 G-Man is a solid all ages tale that follows the adventures of a young superhero, G-Man. The series is done in the same spirit as Tiny Titans or Superman Family Adventures. It’s full of charm, and fun for those really young readers. There is a main story each issue, and a few short one page stories done by various artists at the end of the issue. These shorter stories are great for shorter attention spans, or a quick treat during snack time or study breaks. 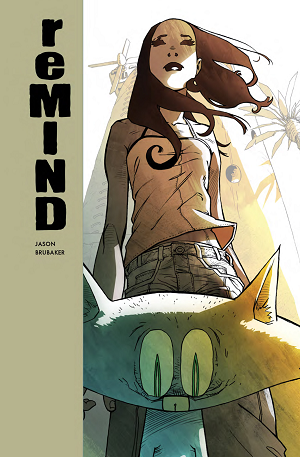 reMind (Story and Art by Jason Brubaker)
Recommended for ages 9+

Listeners of the Talking Comics podcast may recall Steve mentioning this comic a few weeks back. The name sounded familiar, and sure enough it was one of the books I had purchased, but hadn’t read yet.

reMind is the story about Sonja and her missing cat Victuals. They live in a small village near the sea that is well known for the spotting of a lizard man years ago. The story sees Sonja and Victuals mixing with the undersea world of their local urban legends as one such lizard man is wrongfully accused of treason and exiled to the surface.

It is a heavier comic that is full of emotion. Younger readers may have a harder time grasping some of the topics and themes. I’d recommend it for older children, preteens, and even adults. There is a very deep world to be explored in reMind. 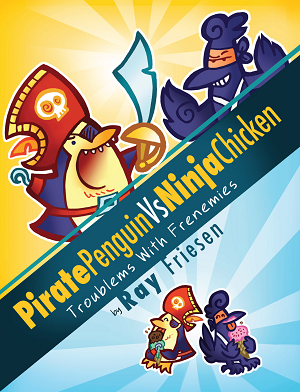 Pirate Penguin vs. Ninja Chicken (Written and Illustrated by Ray Friesen)
All ages. Recommended for anyone

If you couldn’t tell from the title, Pirate Penguin vs. Ninja Chicken is a quite the silly book. Volume 1 of the series features several two page mini-stories, which is followed by a larger one.

Pirate Penguin and Ninja Chicken are frienemies and rivals, but ultimately they are truly friends at their cores. The two often have an argument over something frivolous and ridiculous, which results in the two having a scuffle.

As long as your kids like pirates or ninjas, they should enjoy the quirky stories found here. 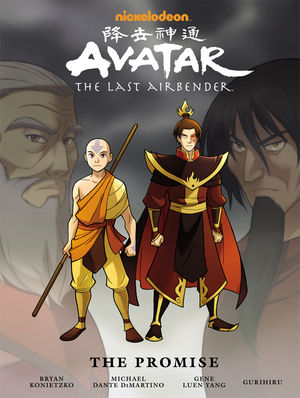 Were you or your children fans of the TV series Avatar The Last Airbender? It is a truly fantastic series that an entire family can enjoy. There is tremendous amount of heart in this show, and it teaches children to help others, and to think about how their actions can affect others.

The Promise continues all the themes of friendship, compassion, and adventure that were found in the original TV series. This story is set shortly after the end of show and picks up with Aang and friends working to rebuild the world. Show creators Bryan Konietzko and Michael Dante DiMartino oversaw and contributed to this project, so the tone of the show carries over throughout the series.

It was initially released in three smaller volumes, but Dark Horse has recently released an incredibly beautiful hardcover edition. The hardcover is filled with notes about scripting and art decisions, and details about the ideology of the world of Avatar TLA and its real world influences.

This is my number one recommendation for this issue of For the Kids! It’s the complete package, and will truly entertain the whole family. It’s something you can read to your kids, and the hardcover and thick paper should stand up for years.

Of course everything I mention today is fantastic, and I hope you and your children enjoying reading comics together.

Once again, be sure to head to your local comic book shop today for Free Comic Book Day. You might find some new series to explore as well!