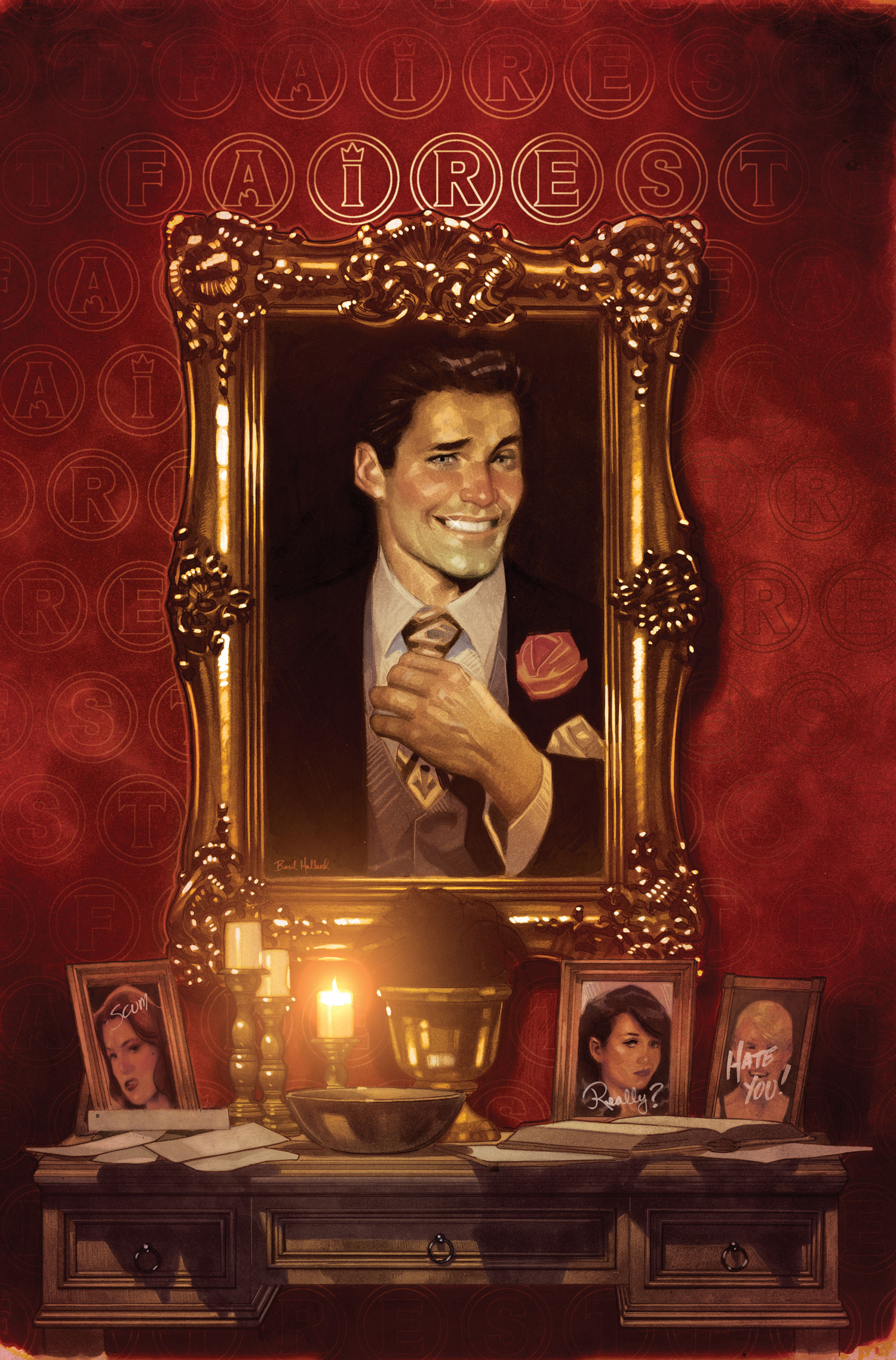 One of the best things about the Fairest series thus far is its attention to non-Western fairy tales. The Rapunzel arc had a heavy focus on Japanese fables, opening readers’ eyes to the unique storytelling from a different culture. Issue 15 brings us to India with the introduction of the Maharaja and Nalayani.

Maharaja is Sanskrit for “high king”, a man with immense power and influence. Sadowski portrays the Maharaja surrounded by beautiful women in a lush environment. Nalayani comes to the Maharaja with a request: the recent disappearance of the men of her village. The issue gives a background of how Nalayani steps up to protect her village in the absence of the young men. Under pressure, she agrees to visit the Maharaja Ah-Ming to request his help. Along the way, Nalayani runs into Tabaqui the Jackal. He vows to protect her in exchange for food.

Nalayani’s journey to the Maharaja is full of danger and trying times. As far as its contribution to an overall story arc, it is difficult to tell at this point. The issue feels like a quick look at one character’s motivation and personality. Nalayani is one female character who is determined to be taken seriously. Her mythology does not seem to line up with her current actions; however, not every Fable in the Fables universe is a perfect correlation with their previous life.

If you are at all interested in reading Fables or Fairest, this is a great issue to jump in on. You will enjoy this issue without any previous knowledge of either series. For fans of Fables, you’ll want to jump in on this issue. Just check out the cover – it’s a nice surprise to see an old favorite pop back up in the series.