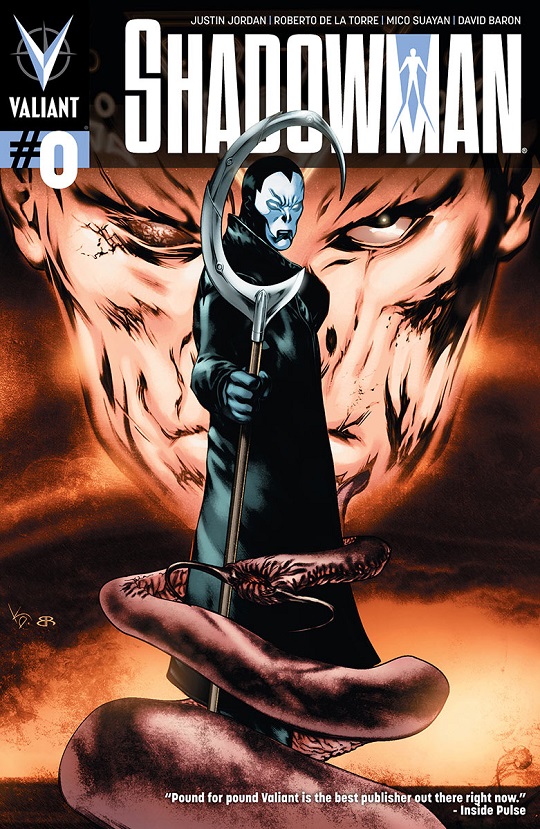 Master Darque is the big bad in Valiant’s Shadowman series, but up until issue #0 we haven’t known too much about who or what he is. Until I cracked open the issue, I was under the impression that he was some sort of pagan god or demon.

It turns out that Darque is/was human, had a sister, and grew up on a plantation with his magic obsessed father. The story creates an interesting bond between the three family members that ultimately results in acts of love and betrayal that help to shape and twist Darque into who he will become. There are plenty of twisted and demented moments, and they give off some icky vibes from both the children and their father.

By the end of the issue, Jordan has left a number of threads untied. As readers it allows us to speculate about how the Darque at the end of issue #0 becomes the Darque we see in the present. It’s clear that events we see in this issue are those that push him down his path, but we still don’t have a full understanding of his motives.

There are definitely some creepy elements to this story that words alone just don’t convey. There are several artists working on this issue, so the styles change a little from page to page, but I didn’t really find it distracting. I felt that overall, the art team helped to turn up the spook. Baron’s use of color ranges from the subdued to the bright and bold. As the emotions change throughout the issue, it’s the colors and inks that bring it home and deliver.

Horror comic fans would probably enjoy this issue for its ties to the occult and some of the creepiness. It’s a strong addition to the Shadowman mythos. So far Valiant’s zero issues have been my favorites.