“Francesco Francavilla is bringing the creepy with this outstanding cover for one of my absolute favorite comics of 2013. The Halloween-like color combination is enough to send shivers down my spine, but after reading the latest issue, and knowing the character this eye belongs to, I’m even more frightened. This is by far my favorite comic book cover of the week.” – Steve Seigh

“Francesco Francavilla brings his signature look to the stylish and superb Hawkeye.  How can you help but just stare a this cover. It feels like the poster to a Bond film directed by Alfred Hitchcock.” – Bobby Shortle

“Hawkeye has boasted some of the more interesting covers in the 10 issues it’s been running. This issue is no exception and we take a break from Aja’s covers to see the beautiful piece that the brilliant Francesco Francavilla has put together.” – Stephanie Cooke “Marcos Martin and Ryan Stegman certainly chose a bad ass cover to adorn this absolutely mind blowing issue of Superior Spider-Man. Dan Slott has been rocking the comic book world for the past several months with his risk taking and unique twists on a beloved character, and in my mind this cover eflects that insanity.” – Steve Seigh

“Probably one of the most creative covers I’ve seen in a while. Having the brain matter spelling out “The Superior Spider-Man” and still have it look like brain matter is genius. And to show what is on his mind (literally), is another reason why I like the creativity of this cover.” – Otha Johnson III – Fan Favorite Pick “I might not have read an issue of World’s Finest in quite some time but this cover excites me. I’m really digging the possessed look in Power Girl’s eyes and the overwhelming danger and destruction happening all around her. It might be time to sit down and catch up.” – Steve Seigh

“You can never go wrong with an angry Power Girl and Huntress. Them ladies will mess up yer shit, so they’re on this list so that they don’t hunt me down and slap me around a bit.” – Stephanie Cooke “How can you not love this cover? It’s like Pleasantville meets your local pharmacists counter. I would absolutely love a poster of this hanging in my comic room.” – Steve Seigh

“I’m not even reading this and I want to make love to that cover. SO great…” – Stephanie Cooke

“I’m so glad that DC chose this cover to grace the latest issue of Animal Man. There’s a real “classic” feel to it. It speaks of adventure, honor and hope. I also really appreciate the smug look on Buddy’s face as he lifts a pedestrian into the air. Ha ha!” – Steve Seigh “Looking at this hellish image tells me that the tide of battle has turned in the “Hell on Earth” war, and not toward the good guys! Check out the diabolical grin that is crossing the face of that victorious Hell-lord–absolutely chilling!” – Bob Reyer
RED SHE-HULK #65
Story: Jeff Parker
Art: Carlo Pagulayan
Cover: Francesco Francavilla “Another great cover by Francesco Francavilla, and I’m loving the symbolism as Betty is following a path set out by the villains carved in this new Mount Rushmore, but I’m betting this scene or something like it appears in the story, too! This book continues to be an unexpected pleasure each month!” – Bob Reyer
THE MOVEMENT #1
Story: Gail Simone
Art: Freddie Williams II
Cover: Amanda Conner & Cliff Chiang “As I’ve often-times stated around here, I’m a child of the Sixties, so a politically-charged book such as this new effort by Gail Simone is right up my alley, and it strikes me that this “Call to Action” cover by Amanda Conner would have been very much at home hanging as a poster beside the alley-way entrance to a meeting of some social activist group of that time. POWER TO THE PEOPLE!” – Bob Reyer
– CONTRIBUTOR PICKS –
Melissa Megan’s Favorite Comic Book Cover of the Week
Ten Grand #1
Story by J. Michael Straczynski
Art by Ben Templesmith
Cover by Ben Templesmith 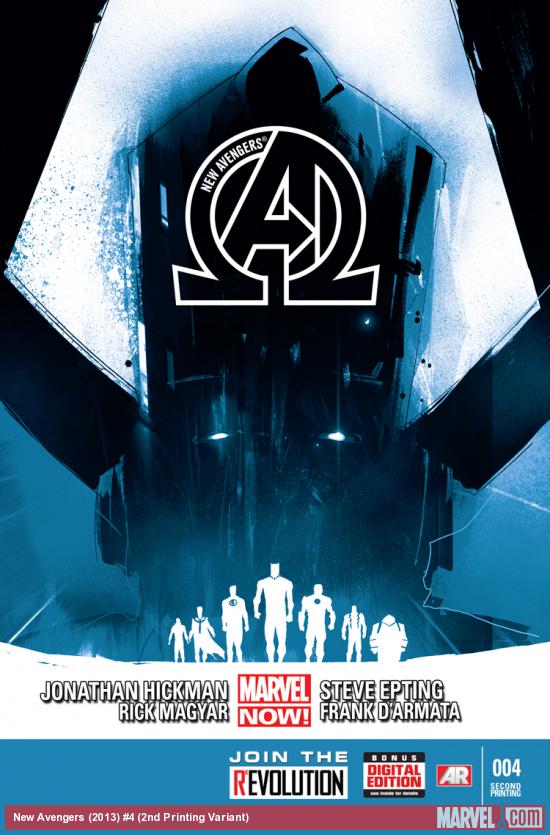 “Though this is it’s second printing, I love New Avengers #4 (second printing variant). It’s just a really cool art that shows the scope of how gigantic Galactus is in comparison to Earth’s mightiest heroes as a well as how huge a threat he is.” – Tali Adina
– FAN FAVORITES –
Luke Hunsaker’s Favorite Comic Book Cover of the Week
Indestructible Hulk #7
Story by Mark Waid
Art by Walter Simonson
Colors by Andres Mossa
Letters by Chris Eliopoulos
Cover by Walter Simonson & Laura Martin This list was compiled while listening to the album Without You I’m Nothing by the band Placebo.