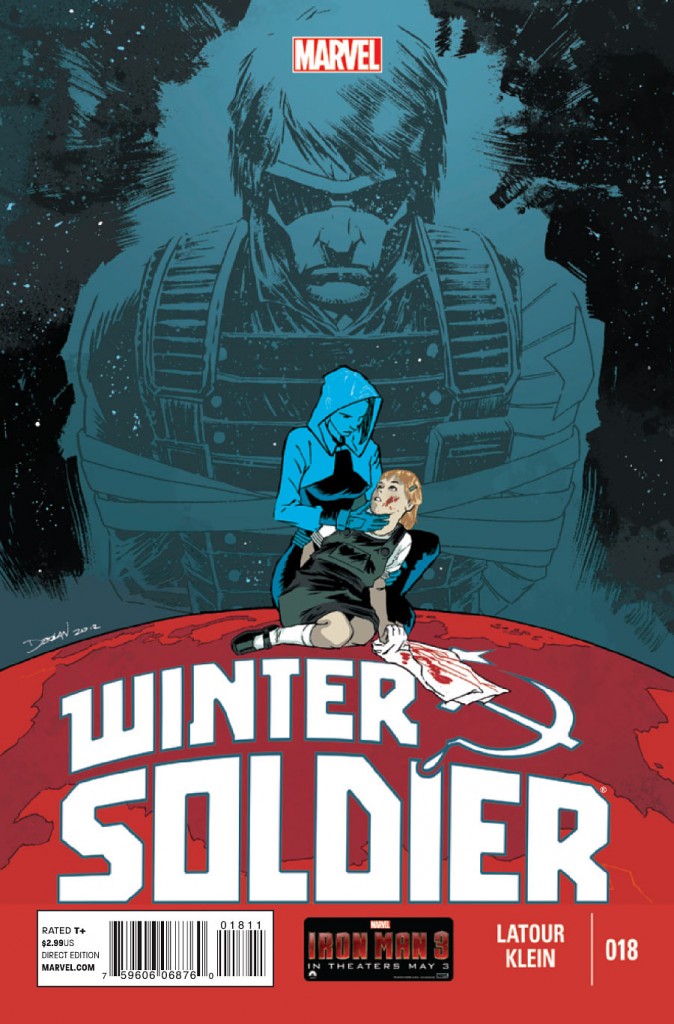 Okay, so news broke last month that Winter Soldier will be ending with issue #19. I found this to be absolutely heartbreaking news. I love Bucky Barnes and his uphill battle for redemption. The Winter Soldier series has been wrought with emotionally devastating flashbacks, espionage/political-thriller storytelling, and a stunning visual aesthetic since Brubaker and Guice’s first issue just over a year ago.

I’m “wowing” is because Winter Soldier #18 is the best comic book I read today.

Jason Latour dedicates the entire issue to Tesla Tarasova’s lifestory. While this may seem to be a little “Supervillainess goes to Monologue School,” Latour is careful to imbue the narrative with plenty of tragedy and, by extension, plenty of parallels to our eponymous hero’s childhood of manipulation and torment. Furthermore, Latour draws connections between Tarasova and Natasha Romanoff’s traumatic childhood, lending the story exactly the sort of metaphorical weight that long-time readers of Winter Soldier (and Bucky’s story generally) would appreciate as we enter the homestretch.

But what makes the extended flashbacks so stimulating is Nic Klein’s impressive artwork. If I were Nic Klein, I’d submit this issue for any and all comics-related and art-related awards on this planet. I had to flip back to the credits page several times to make sure Mr. Klein did all the artwork—lines, inks, and colors—in this issue by himself. Seriously. While the main story continues on in Klein’s standard brooding pulp styling, replete with heavy shadows and harsh edges, Tarasova’s flashback narrative is illustrated in a multitude of visual modes. Some panels may be feature crayon-like linework placed in wavy-framed panels; others feature red color pencil squiggles for blood. Framing all of these flashbacks are the hand-writing activities of a young girl just learning script, sometimes decorated with doodles and coloring, often related to a images that haunt her dreams. From page to page, I found myself reveling in visual storytelling at its most intriguing, its most innovative, its most engaging. I plan on reading it once more after I write this review, if only to marvel at its visual aesthetic again.

This comic book is an absolute tour-de-force, and I would strongly recommend it to anyone and everyone. It’s emotionally devastating and visually enthralling, and it’s loaded with metaphorical weight and character parallels that will leave long-term and new readers relishing in its connective tissue.

I can’t say it any other way: