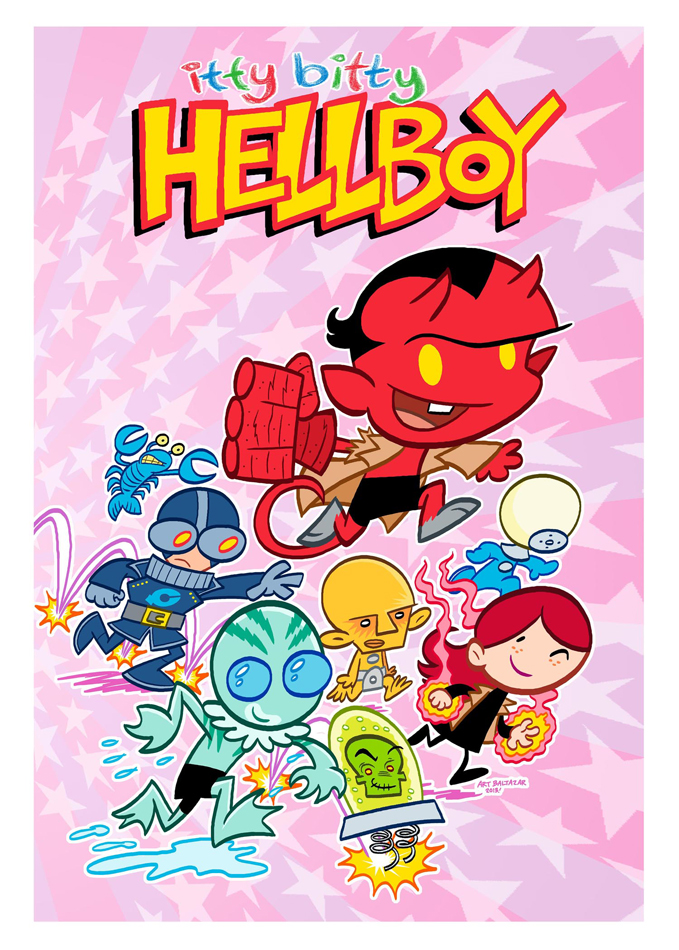 This past weekend at C2E2 it was announced that Franco and Art Baltazar, best known for their works on Tiny Titans and Superman Family Adventures, would be taking on one of Dark Horse and Mike Mignola’s biggest characters in a all-ages miniseries. This book? Itty Bitty Hellboy.

Written and drawn in their usual Art & Franco style, Itty Bitty Hellboy follows the adventures of the aforementioned hero as he teams with his partners in the B.P.R.D, Abe Sapien and Liz Sherman. Other details are scarce so far, but anyone who knows these guys will know that hi-jinks and pranks will be aplenty and there will certainly be enough in jokes and winks that older or more seasoned Hellboy readers will be sure to appreciate.

In an interview with Newsarama, Art and Franco explained how they got the job:

So I heard that Elizabeth and Scott (Dark Horse editors) had this idea, or I think it was just Elizabeth, that said to him “let’s call up Art and Franco to make Itty Bitty Hellboy“. So that’s pretty much how it all started. We got an email from all three and we said yeah, okay and we then we freaked out on each other. “What? They want us to make this? WOW!”

The whole thing about this is that Art and I have been in this business for quite a while now, but we still geek out over stuff like this. Like, “oh my God, I can’t believe we’re doing a Hellboy book!” We’re just overgrown fanboys. [laughs]”

Besides IBH, the team is also hard at work with their own series “Aw Yeah Comics,” which had a successful Kickstarter earlier this year, as well as writing two new exclusive titles for Mark Waid’s Thrillbent company.

What are your thoughts on Itty Bitty Hellboy? Did you read Tiny Titans/Superman Family Adventures? If so, what did you think? Leave your thoughts in the comments below.