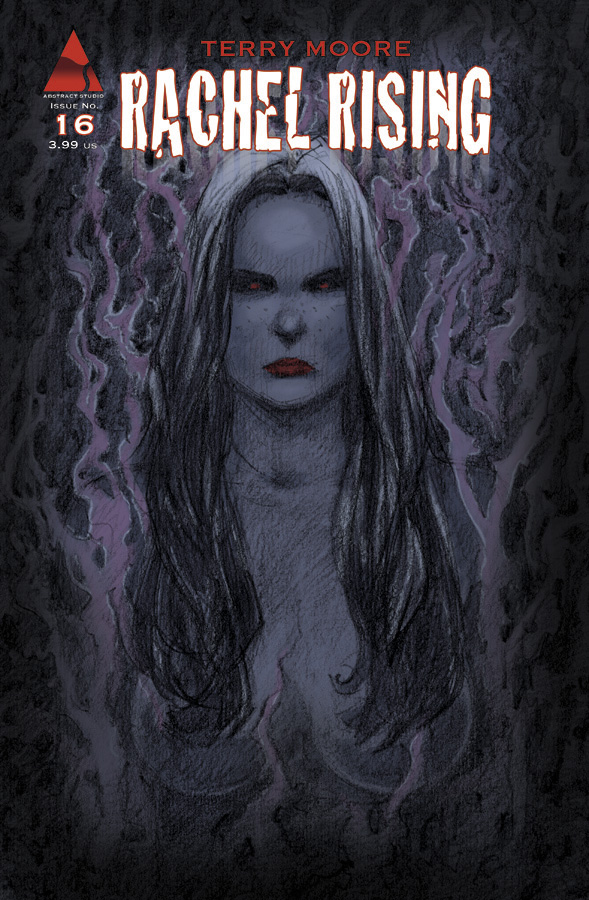 By now, you are probably aware the Rachel Rising was picked up to be a television series. First issues of the series are going for some pretty serious cash. What does this mean to you as a comic book reader? It means you should pay attention to this incredible story.

In the previous issue, Rachel’s town became infested with rats. Thousands of rats poured out of every pipe into everyone’s homes, causing one of the most subtly disturbing images in recent comic books. Issue #16 moves the plot along as Rachel, Jet, Johnny, and Carol try to figure out the relationship between the rats, the snow, and the unexplained animation of Rachel and Jet.

Meanwhile, Lilith is gathering her followers. Lilith is one of the many compelling characters of the series. Based on the Hebrew mythology, Lilith is a strong-willed woman equal to any man. Moore’s Lilith is tired of being cast aside, living her eternal life as the second-rate first woman. Moore without a doubt will explore Lilith’s motives even more as well as her plans to destroy men who did her wrong in the future issues of this series.

Little Zoe is still on her own and coming to grips with her murderous streak. It is unclear how much she is lying about her actions and how much she is out of control of what is going on around her. She continues to be the creepiest little girl in comic books.

You need to read this series. Buy it in trades or on ComiXology or at your local comic book shop. This is a comic book series with a slow, even burn and a potentially major payoff.