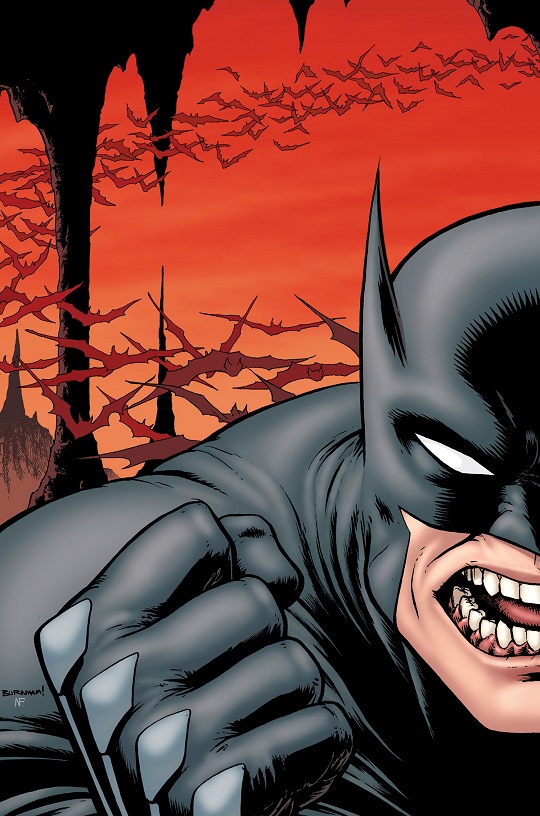 With only a few issues remaining, Batman Incorporated is coming into its final laps with pedals to the metal, atomic batteries to power, and turbines to speed.

While I have enjoyed most of Morrison’s work with Batman over the past several years, Batman Inc. was one title I was never overly excited for. I had always enjoyed it, but at times I felt the story was a little clunky. I was unsure how the pieces fit together.

There are many other creators that also weave these large complex stories. We get little bits each issue to keep up satisfied. It’s like staring down at one of those cheap wooden puzzles you find in a gift shop. It has all the pieces, but comes in a poly bag with no picture of the finished product. With someone like Jonathan Hickman, I feel like I am getting a new piece of the puzzle with each issue. When I looked at the pieces Morrison had given us, I felt like I was getting random pieces for an assortment of puzzles. What I am supposed to be putting together here?

With issue #10 however, I feel that we’re starting to get a glimpse of a picture that we can use to put everything together. Since the death of Damian this series has been in stride and has been carrying us with force into the final act.

We do get the first appearance of Azrael (not Jean-Paul Valley, but Michael Lane) in the new 52. His time in the issue is brief, and we don’t find out how he is helping Batman until the end of the issue. I am only going to speculate, but I think this may be a one time appearance.

There is a lot of positioning and preparation done in the issue, but I feel it adds to the sense that events are escalating beyond what we thought they were. Dick Grayson points out that we are about to see Batman at his most dangerous. I got chills and chuckled under my breath out of excitement when I read that page. People talk about how badass Batman is, and we do get to see him being a badass quite often. However, what Morrison leaves us with is a Batman we haven’t seen before; a Batman that is overly terrifying and doesn’t give a shit anymore.

Buy. The last few issues have really pulled me into Batman Incorporated. If you haven’t been already, then this issue will leave you salivating for the next one. This book is one of the best things happening in the new 52 right now (and probably because Morrison largely disregards the reboot).