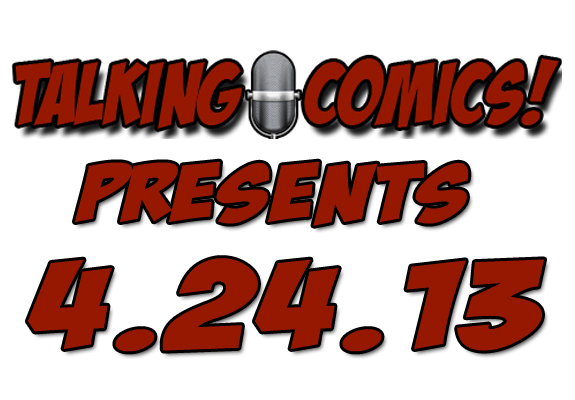 Don’t forget to check out our podcast on The Top Five Ongoing series, the Man of Steel trailer,Bob’s goodbye to Captain America, and of course the  reviews from our amazing contributors.

Well, enough with the who, where, what, why and how, I give to you Talking Comics Presents for the books releasing on 4/24/13. 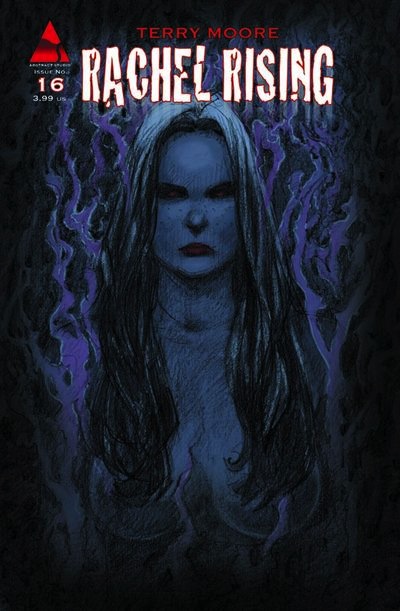 Abstract Studio says: “Rachel’s gift for sensing the expiration date of a person is put to the test when everybody in town gives off the same ominous reading: Death – soon! With time running out, Rachel races to find a smoking gun that may have been fired 300 years ago! Things are just heating up in this critically acclaimed horror series by Terry Moore.”

Mara Whiteside says: “Possible TV show in the mix. Won’t you give this series a try?” 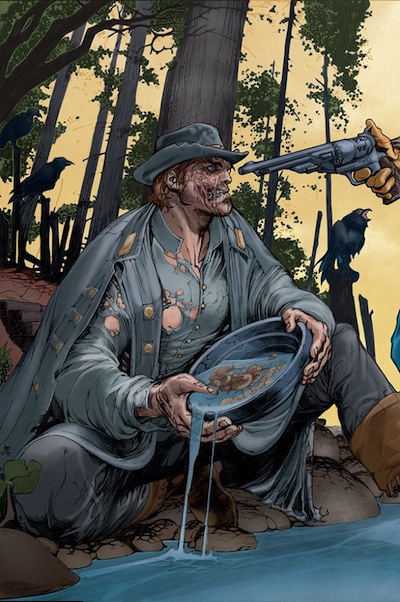 Tali Adina says: “Jimmy Palmiotti says that the book will sell out this week, even if it doesn’t I’m still looking forward to it because I want to see where Hex’s next adventure takes him next.”

Sean Lamont says: “Have to go All-Star Western #19 this week!  I made mention last month that I was concerned about the title losing its humorous undercurrents as Hex found himself without his usual cast of bizarre cohorts, but this week’s issue looks to take those stakes and raise them to an even higher level of fun.  Plus, 19’th Century Stormwatch has fast become a backup story I look forward to each month!” 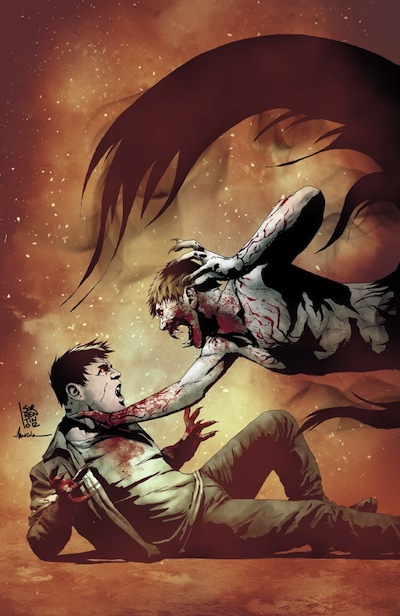 DC Comics says: “With this, the final issue, will Andrew Bennett survive to dawn’s light?”

Adam Shaw says:  “It’s been an pretty awesome ride so far. With this final issue it will be interesting to see how things play out, and if any doors will be left open for these characters to return or appear in other series.” 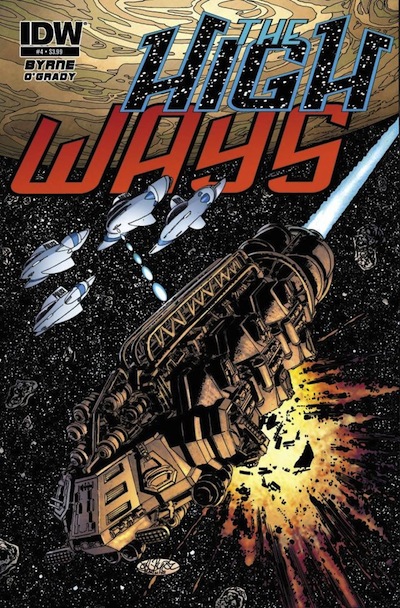 IDW says:  Many secrets hide in the asteroid belt, and our crew have just found themselves thrust into the biggest one of all. Questions will be answered-but some of those answers may turn out to be questions of their own!

Bob Reyer says:  I confess that I have no idea as to how (or if, from that blurb above!) this story will wind up, and isn’t that a glorious thing in this day-and-age of leaked and spoiled stories! 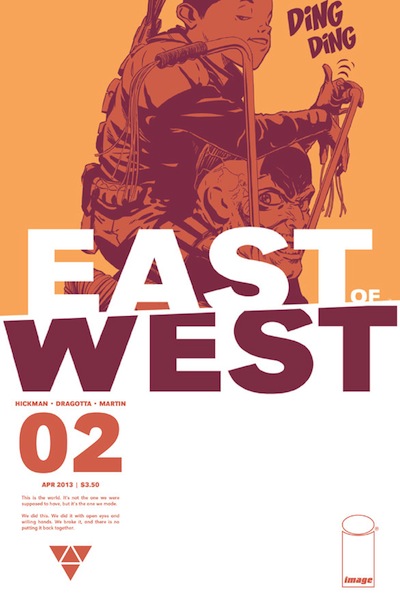 Image Comics says:  “Following the high crimes in the debut issue of EAST OF WEST, the fallout spreads across the broken nations of America. Forces align to stave off the apocalypse, while equally powerful ones do everything they can to bring it to pass.  One of the most exciting new books of the year, this is EAST OF WEST, a brand new, ongoing, monthly comic from the award-winning team of Marvel’s FF, JONATHAN HICKMAN and NICK DRAGOTTA.”

Bobby Shortle says: “The first issue of Jonathan Hickman’s new mind bending series left me full of anticipation for the series to come. Now, with issue two upon us I look forward to gaining more clarity on the goings on, but I am even more excited about the questions it promises to raise. Bring on your charts, timelines, and love of sparse white pages Mr. Hickman, I’m ready!” 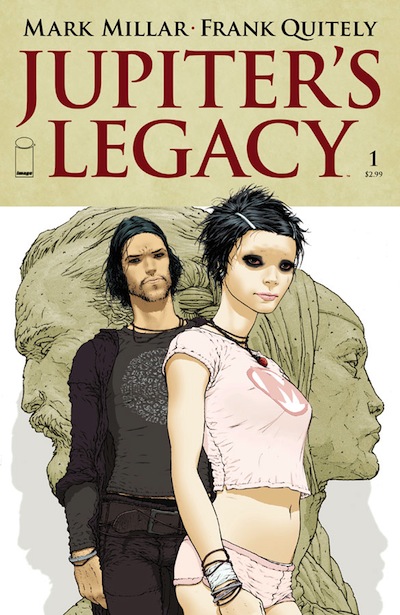 Image Comics says: “The comic-book event of 2013 finally arrives as superstar creators MARK MILLAR and FRANK QUITELY give us the superhero epic that all future comics will be measured by. The world’s greatest heroes have grown old and their legacy is a poisonous one to the children who will never live up to their remarkable parents.”

Bobby Shortle says: “I’m excited by the hyperbolic nature of this book’s description and I generally enjoy Mark Millar’s work. However, for me my frothing excitement for this title comes from frequent Grant Morrison collaborator Frank Quitely being on art duties. His work is consistently amazing and his involvement gives the book a weight of importance that most titles just don’t have. Sign me up! 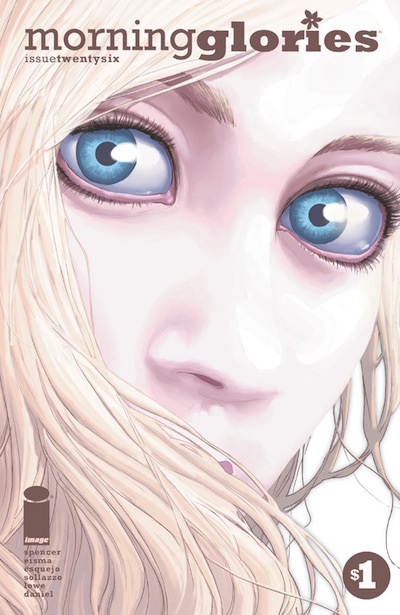 Adam Shaw says: “Season 2 is starting, and I was planning to start trade waiting this series, since it reads so well that way. BUT! With a one dollar issue, how can I say no? I might as well quell some of my curiosity about the direction of Season 2. I know I’m probably not going to get any of the answers I want, but I gotta keep reading until I do!”

Joey Braccino says: “After last month’s epic ending to Season 1 (and all those “answers” we got), Nick Spencer and Joe Eisma give us a “prelude” issue for JUST ONE DOLLAR!!! Image promises a super-accessible jumping-on point, but with Morning Glories, even long-time readers are left with more questions than answers. And, at least for this lowly reviewer, is 1/2 the fun. Oh yeah, did I mention ONE DOLLAR. “ 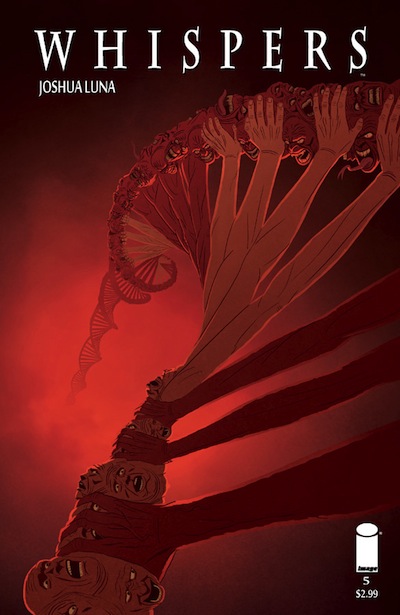 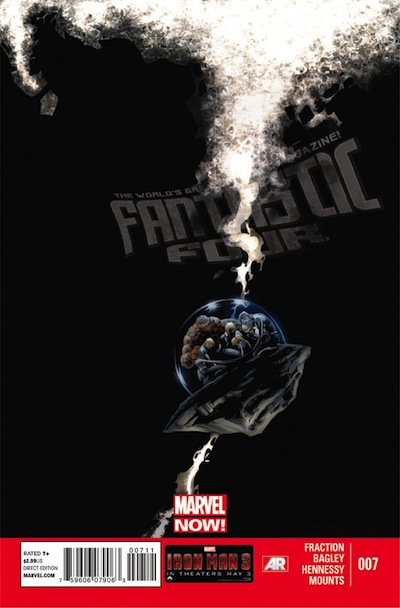 Bob Reyer says:  “Last issue’s sub-plots and cliff-hangers have me chomping at the bit to see where the creative team will take the Richards family next, and what new obstacles they will have to overcome getting there! Through six issues, the Fantastic Four under Matt Fraction has been even better than I hoped it could be–an absolute joy to read each month!” 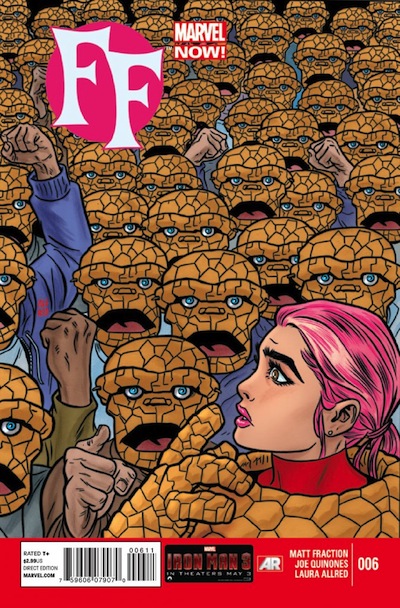 Bob Reyer says:  “Darla Deering as “Ms. Thing” has obviously not gone over well with the Yancy Street Gang, so this promises to be another interesting melange of an issue. On top of that, my wish has come true–Joe Quinones doing interior artwork!!”

Guardians of the Galaxy #2 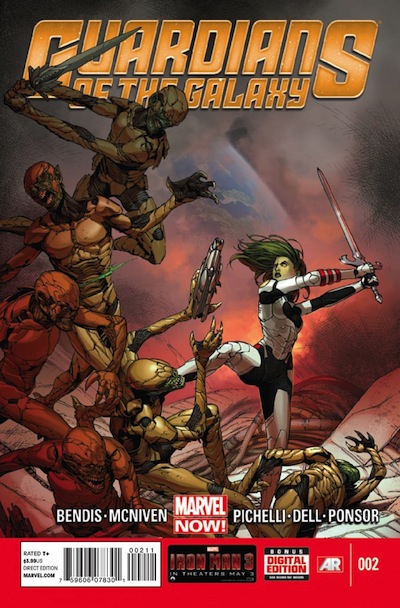 Marvel Comics says: “While London deals with the brutal Badoon invasion, the fate of the Guardians of the Galaxy may have been decided millions of miles away.”

Adam Shaw says: “Issue #1 had charm, humor, action, and was just good old fun. If anyone has read any of my recent reviews, you will know I am on a huge kick of the “fun” right now. 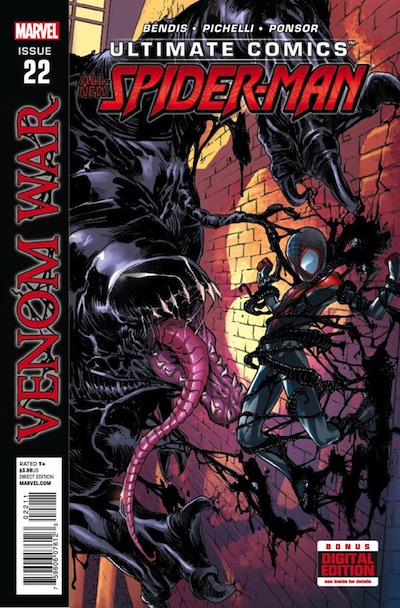 Marvel Comics says: “VENOM WARS” CONCLUSION! Venom versus Spidey! The Final Showdown! How does Gwen Stacy figure into it and how will it change her and Miles’ life forever? Guest-Starring Mary Jane Watson!”

Travis McCollum says: “The finale to Venom War is here and we’re finally going to see who comes out on top in the battle between Venom and Miles Morales. But with Miles’ personal struggles at home, is his head going to be fully into the game. And how do Gwen and MJ fit into all of this. This issue is said to be a big one and with Bendis’ writing being on fire so far, I have no doubt it will be. The only sad part is that Sara Pichelli, who has been with Ultimate Spider-Man in one way or another for a number of years, will be leaving the book for good after this issue. But I have no doubt she plans on going out on top, so this is going to be a fantastic issue all around.” 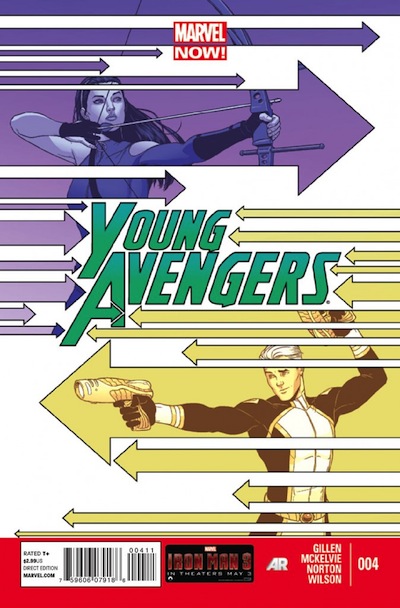 Marvel Comics says:  “Kate Bishop finally turns up! A lovely day trip to Central Park for a group of cheery youngsters. LIES! It’s not lovely as they’re being pursued by bad guys and it’s not a day trip as (er) it’s at night.” A shameless retcon into Marvel Boy’s history!”

Joey Braccino says: “Eager for some post-modern genre storytelling featuring all that coming-of-age angst that only Marvel‘s youngest heroes can provide??? Well, why aren’t you reading Kieron Gillen and Jamie McKelvie’s Young Avengers? Like, seriously! #realtalk”

Well that’s all for this week’s Talking Comics Presents, don’t forget to send your picks and submissions to bobby@talkingcomicbooks.com, and check out the Talking Comics Podcast. On this week’s show we discussed our top five comic book series and the Man of Steel trailer!