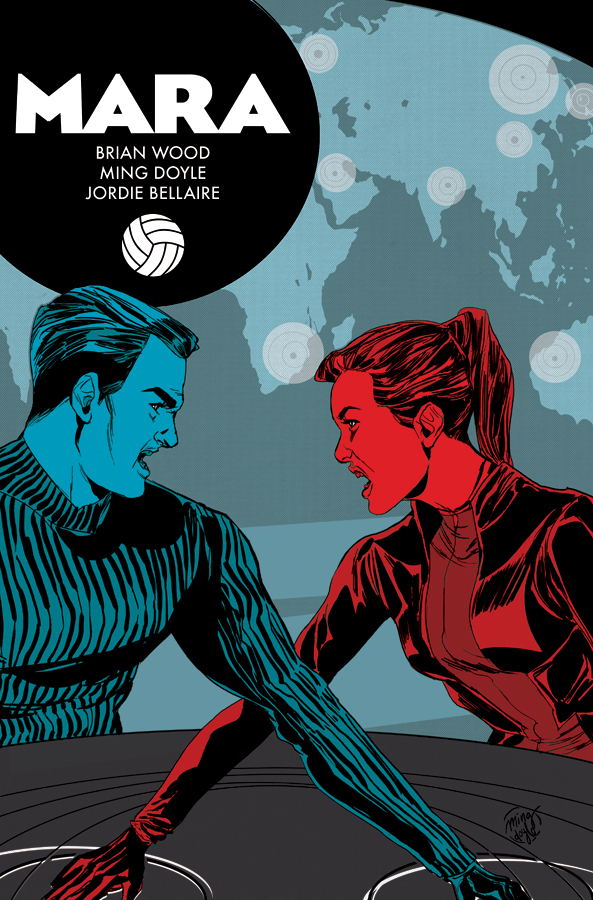 Wood and Doyle’s latest installment in the dystopian future story about a former volleyball player continues to weave an intriguing plot that now brings in military force and nationalism.

Mara Prince, former volleyball star and national hero, is dead. Or at least that’s what the military wants you to think. The previous issue left readers with an assassination attempt of such serious nature that no one could have survived the attack. In order to preserve Mara’s emerging abilities, she must remain dead to the world she once loved. Her life now consists of being a back-up weapon for a country that shunned her the minute she failed them.

Though Mara’s personality and quirks are not fully explored in the miniseries thus far, we understand as readers that this woman will not take these orders lying down. The military attempts to threaten Mara with the life of her brother. Instead, they push all the right buttons to prompt an escape.

Issue #4 does not add an abundance of new information to Mara’s situation. Instead, it creates more questions about the cause of her unique skill set. The issue itself moves the plot along slowly, highlighting the importance of her abilities to the nation itself. We begin to see glimpses of what she is capable of doing, but nothing is fully explained. If anything, this issue sets the tone for the next part of the story, one that may further explore the international conflict Mara’s brother is involved in and her role in being one country’s salvation.

This has been an interesting miniseries from Image. It has a wonderful blend of nontraditional comic story elements and a tinge of superhero mythology. It would make a great transition series for readers used to reading superhero comic books. While the fourth issue is not the strongest in the series, the story as a whole is worth your time and money. For those late to the Mara party, keep your eye out for the digital copies and trade paperback in the future.